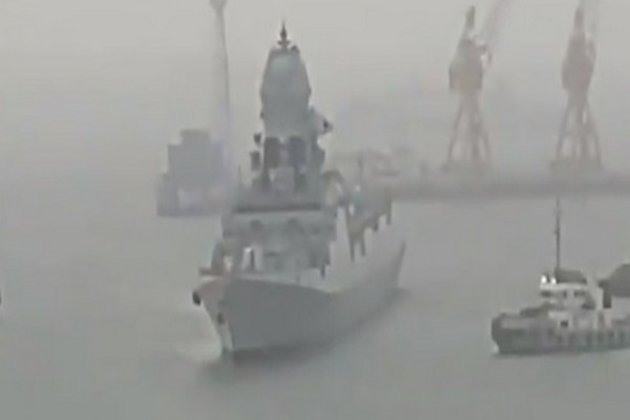 New Delhi [India], May 19 (ANI): One hundred and eighty four personnel have been rescued so far from the barge P305 which sank after Cyclone Tauktae hit the Arabian Sea off the coast of Mumbai on Monday, the Defence Public Relations Officer (PRO) said on Wednesday.

The Defence PRO informed that INS Kochi and INS Kolkata were returning to Mumbai harbour with rescuees and added that INS Teg, INS Betwa, INS Beas P8I aircraft and Seaking Helos are continuing with the Search and Rescue Operations.

“The 196 personnel on SS-3 and 101 personnel on Sagar Bhushan are safe. Offshore Supply Vessels hired by ONGC and SCI towing then to safety. INS Talwar also in area,” the Defence PRO further said.

Several of the Oil and Natural Gas Corporation (ONGC)’s major production installations and drilling rigs are located in the area that felt the brunt of the cyclone.

The cyclone’s intensity has weakened by today but heavy rains are likely to continue with wind speeds reaching 125 kilometres per hour, the weather department said.

Cyclone Tauktae has impacted the weather conditions in several parts of Northern India. Many areas like Uttar Pradesh, Haryana, Rajasthan and Delhi are likely to witness rainfall in the coming few hours. (ANI)

WASHINGTON (BLOOMBERG, AFP) - Facebook is facing renewed fury from Washington after reports suggested the company knew, but did not disclose, that its … END_OF_DOCUMENT_TOKEN_TO_BE_REPLACED