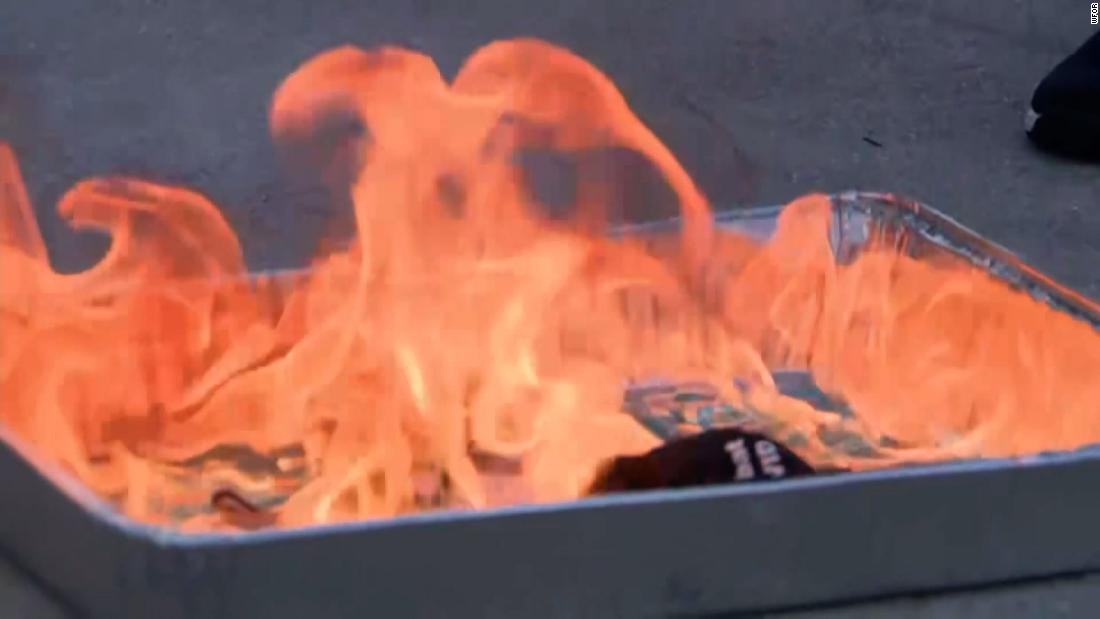 The US Centers for Disease Control and Prevention has issued new guidance advising Americans in areas where there is “substantial” or “high” transmission of Covid-19 to go back to wearing masks indoors, whether vaccinated or not. The announcement triggered an immediate uproar and a revival of the circular and by now utterly frustrating political debate about masking that festered through much of the last year.

Those bleating the loudest represent Republican areas where the refusal to take a safe, free, effective vaccine has allowed the Delta variant to catch fire and thwarted a US victory over the pandemic that was almost within reach.

As is often the case, the most juvenile behavior was on show in the House of Representatives. Colorado’s Rep. Lauren Boebert, a devotee of ex-President Donald Trump, reportedly threw back a mask offered to her by a staffer in the chamber. A Democratic and a Republican lawmaker got into a yelling match when the former said his colleague was being selfish for not masking up. House Minority Leader Kevin McCarthy, a California Republican, said mask guidance rooted in science that shows Delta’s deadly spread was not actually “based on science” and accused liberals of wanting to live in a “perpetual pandemic state.”

Of course, if everyone in the House were vaccinated, masks might not be needed. But more than 90 Republican members have refused to reveal their status, presumably because if they have had the shots, it might clash with their desire to cast doubt on anti-Covid measures to please their voters.

House Speaker Nancy Pelosi, meanwhile, isn’t exactly upholding the highest standards of decorum expected of the person second in line to succeed the President. Asked about McCarthy’s reaction to the new mask rules, the California Democrat said: “He’s such a moron.” Across the country, conservative politicians are vowing to block any new mask mandates. In Florida, where new infections of Covid-19 are exploding, protesters burned masks in the streets. One frustrated emergency room doctor in Miami, Murtaza Akhter, told CNN that he was being besieged by gravely ill Covid-19 patients who still refuse to believe in the vaccine. “It was horrid in the ER last night,” he said. After weeks of hope, a virus that has an uncanny ability to inflame America’s self-defeating political divides is doing its deathly work again.

So much for flying the friendly skies.

An epidemic of air rage and violence at 30,000 feet has prompted several hundred flight attendants to sign up for self-defense classes, CNN’s Pete Muntean reports. Cabin crew members are being taught by federal air marshals how to punch, elbow and gouge potential assailants. There have been thousands of incidents of violence and intimidation against flight attendants this year, as tempers fray over the usual frustrations with air travel and a new irritant — mask mandates for everyone on board. One Southwest Airlines employee lost two teeth in an assault, according to her union. And every now and then a new video goes viral of passengers fighting on board and taking out their ire on flight attendants, like the one reportedly on a recent Frontier Airlines fight.

If it gets any worse, cabin crews will not only have to point out emergency exits and the location of life vests for “the unlikely event of a landing on water,” they also might warn any budding troublemakers that they risk an elbow to the jaw.

WASHINGTON (BLOOMBERG, AFP) - Facebook is facing renewed fury from Washington after reports suggested the company knew, but did not disclose, that its … END_OF_DOCUMENT_TOKEN_TO_BE_REPLACED