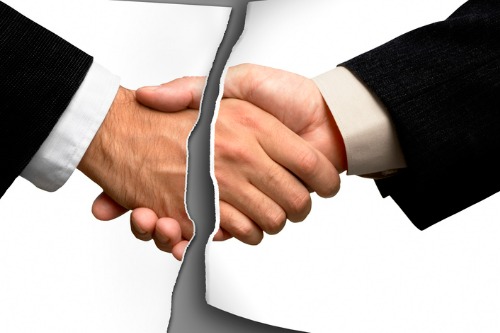 Case stated, as quoted by Seeking Alpha: “The combinations had significant regulatory momentum, including notably approval from the European Commission as well as approval from many jurisdictions globally through our thoroughly evaluated and vetted transaction. The exception [was] the United States. The demands made by the US Department of Justice on our US business would have stifled innovation and reduced our client serving capabilities.

“Meeting these demands would have significantly impacted our existing US business, the potential shareholder value creation of the combination, and our ability to continue to drive ongoing progress against our key financial metrics. Similarly, the path toward our mitigation was untenable because current courts appear to take us well into 2022 and we could not accept that level of delay.”

The CEO said the choice was clear, ultimately.

He asserted: “We simply would never compromise colleague and client priorities to close the combination. Our decision to end the combination and pay the termination fee create certainty and clarity about how we move forward, and we’re confident this is the right decision for our firm, for our colleagues, our clients, and our shareholders.”

According to chief financial officer Christa Davies, they expect to incur as much as US$400 million of additional charges in the third quarter as part of the WTW deal termination. This will be on top of the termination fee, which was already paid. As revealed in a previous Form 8-K filing, Aon agreed to pay within 48 hours of the execution of the termination agreement.

Meanwhile, Case added: “On behalf of Aon, I’d like to thank our counterparts at Willis Towers Watson for their professionalism over the past 16 months since we announced the transaction. We have the utmost respect for them and have truly enjoyed getting to know the team.”

WASHINGTON (BLOOMBERG, AFP) - Facebook is facing renewed fury from Washington after reports suggested the company knew, but did not disclose, that its … END_OF_DOCUMENT_TOKEN_TO_BE_REPLACED