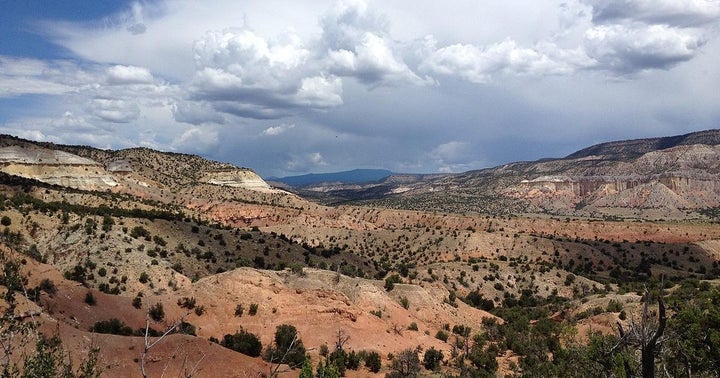 Arizonans legalized adult-use cannabis as part of the five-state green wave that occurred in the November 2020 election. Since then, the state has stood out from the pack by quickly implementing and launching its adult-use market in February 2021.
Sales took off in short order, amassing $2.9 million over the first 10 days. In March, sales reached $120 million. However, state Department of Revenue officials said the figure was not entirely reliable due to jumbled tax collections and incorrect reporting from some stores.
Still, prospects appear high for one of the nation’s newest adult-use markets. With what seems to be a robust regulatory system in place, investors and entrepreneurs may find success if they can navigate the limited licensed, vertically integrated market.

Numerous operators told Benzinga that Arizona deserves credit for its market and its potential. Sources gave much of the praise to lawmakers and the regulations put in place.
Sources say that vertical integration and limited license caps make the market ideal for investors and current operators.
Andrew Bowden, CEO of Item 9 Labs Corp. (OTC:INLB), explained why limited licenses made him consider Arizona to be one of the best markets in the country.
“This allows Arizona dispensaries to maintain high, competitive pricing for their products, whereas markets like Colorado and Oregon have had to discount products due to over-saturation in the market,” he said.
Fyllo CEO Chad Bronstein said the cap should add $10 to $15 million in value to each license. The additional revenue will be brought on by “less overall competition and possible loss of market-share because of unexpected additional licenses.”
Other than 26 social equity licenses to be allocated, the state will not be issuing anymore, said Chelsea Mulligan, director of retail operations for Hana Meds.
She commended the social equity additions while noting that “each license increases in value over time as our sales increase.”

While praising limited licenses, sources say that market caps could harm the entire supply chain.
Demitri Downing is a former prosecutor and lobbyist who co-founded the Marijuana Industry Trade Association (MITA) of Arizona. Because of license caps, Downing said the best market plays are in cultivation and manufacturing.
He explained that the cap could create “a little bit of a barrier to entry,” with licenses trading for around $20 million each. Downing added that an ongoing strategy in the market has seen companies acquiring licenses for the retail space then subleasing their additional manufacturing and cultivation licenses to third parties.
Downing advised entrepreneurs looking at Arizona or any other state to first master the local licensing regulations “so you can understand how the market works.”
MSOs are making a significant play to acquire licenses, including the state’s more prominent names. In May, Trulieve Cannabis Corporation (OTC:TCNNF) announced that it had entered into an agreement to acquire Harvest Health & Recreation Inc. (OTC:HRVSF) in a $2.1 billion all-stock deal.
Fyllo’s Bronstein said the trend could harm operators, investors and consumers. He noted that MSOs with considerable resources could make it difficult for smaller operators to compete.
Bronstein added that the concentration of ownership and vertical nature of licenses may also harm sales. He posited that the market “may become a deterrent to consumers who might otherwise switch from the illicit to the regulated market.”
Bronstein also hypothesized that Arizona could find itself with laboratory and cultivation bottlenecks due to the quick launch of its market. However, Mulligan praised the rollout, saying it boosts Arizona’s already rich tourism market.
In 2019, visitors spent $25.6 billion in direct travel spending, according to VisitArizona.

© 2021 Benzinga.com. Benzinga does not provide investment advice. All rights
reserved.

WASHINGTON (BLOOMBERG, AFP) - Facebook is facing renewed fury from Washington after reports suggested the company knew, but did not disclose, that its … END_OF_DOCUMENT_TOKEN_TO_BE_REPLACED