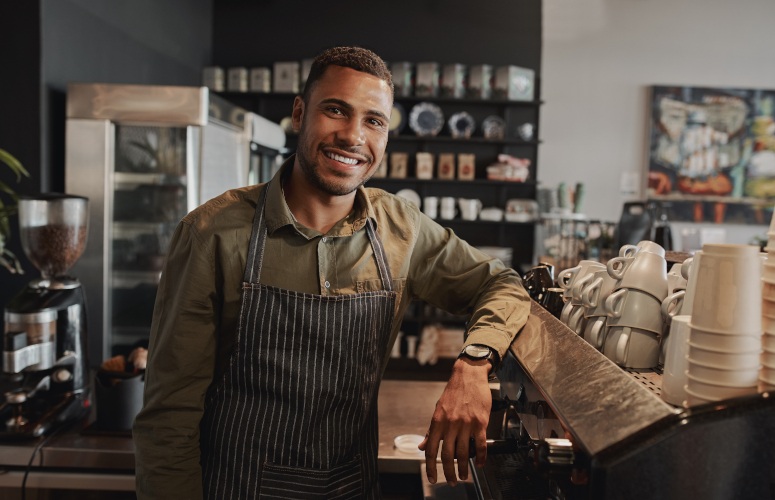 “We are pleased that the Ascend program, which connects underserved entrepreneurs with capital, procurement opportunities and business management education resources, is adding Newark to one of 14 cities nationwide where the initiative operates,” said Lyneir Richardson, CUEED’s executive director. “With investment from JPMorgan Chase and Prudential Financial, we are now working closely with anchor institutions and Community Development Finance Institution partners to intentionally bolster the growth of minority-owned companies in Newark.”

Through Ascend Newark, 15 Black and Latinx entrepreneurs will receive management education from CUEED to strengthen their business operations and connect to contract opportunities at RWJBarnabas Health and Prudential, with the goal of developing relationships with other regional and statewide anchor institutions. CUEED will bring rich knowledge and experience to its leadership role in Ascend Newark. The center has an 11-year history of educating and coaching diverse entrepreneurs from across New Jersey through a variety of public-private programs focused on such things as building urban wealth and fostering inclusion in the technology sector.

“In our role as an anchor institution, it is incumbent upon us to invest in our local and diverse businesses. Ascend Newark will help us accelerate our support of the equitable distribution of economic opportunity to our neighbors in Newark and across New Jersey,” said Barry H. Ostrowsky, president and chief executive officer of RWJBarnabas Health. “For many years we’ve been focused on ways to lift the health and well-being of the communities we serve – and it’s been proven that economic opportunity plays a major role. Our local investment strategy is a key component of our health equity mission.”

A 2014 report, Creating an Anchored Local Economy in Newark by the Initiative for a Competitive Inner City, found that shifting ten percent of purchasing power from anchor institutions, which include hospitals and universities, to local small businesses would result in diverting $33 million in revenue to the local Newark economy. This report helped launch the City of Newark’s 2017 Buy Local initiative where public and corporate sector partners, including RWJBarnabas Health, New Jersey’s largest integrated academic health care system, increase local spending with small, minority-owned, and women-owned businesses.

In an effort to create more economic opportunity in Newark, CUEED will also connect the Ascend entrepreneurs to support organizations in the city, including Greater Newark Enterprises Corporation (GNEC) and Newark Local Initiative Support Corporation (LISC). GNEC and LISC will collaborate with other economic development and entrepreneurship organizations in Newark to provide working capital loans and contract-specific financing to companies that have contracts with RWJBH, helping them win more business with the anchor institution.

“Newark has a good foundation to promote local economic growth through the Hire. Buy. Live. Newark Initiative and we wanted to support the effort and help accelerate the results,” said Jeanique Druses, vice president, Global Philanthropy, JPMorgan Chase & Co. “The Ascend model is working so well around the country, connecting small businesses led by people of color to contracting opportunities with anchor institutions while also preparing them to successfully fulfill those contracts through management education and access to money to cover the costs of doing business at a new scale.”

The University of Washington Foster School of Business created the national Ascend program to enable businesses owned by people of color to thrive by focusing on management, markets and money. The Foster School of Business found the median White-owned firm has revenue 1.5 times that of the median Latinx-owned firm and five times that of the median Black-owned firm. These discrepancies are generated by systemically limited access to resources, including access to contract relationships.

“Prudential was founded in Newark more than 145 years ago, and our roots here run deep and wide. We’re doing more than ever now to help close the financial divide in our hometown,” says Daryl Shore, vice president of inclusive solutions at Prudential. “Small businesses are critical to a thriving city and Prudential has increased grant capital and procurement spend to support diverse businesses in Newark. Ascend Newark enhances how we connect with local, diverse-owned businesses and partner together.”

Learn more about the Ascend program and its impact around the country at https://ascendcities.com/partners.

Washington [US], May 21 (ANI): Amazon has announced that its multi-part 'Borat' special will be making its debut on Prime Video. The special, titled … END_OF_DOCUMENT_TOKEN_TO_BE_REPLACED

New Bern's Juneteenth Celebration brought hundreds of visitors to New Bern during the weeklong celebration. The event began on June 11 with an artwalk … END_OF_DOCUMENT_TOKEN_TO_BE_REPLACED