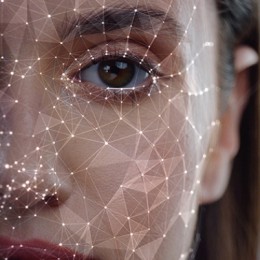 While the Security Industry Association (SIA) supports a related measure introduced in the Council today to establish a task force to examine the technology and make legislative recommendations, we agree with Councilmember Yitzy Schleifer, who stated during the vote that “this is backwards.”

Schiefer (District 5) and Costello (District 11) voted against the bill, citing impact on securing financial transactions as well as software that helps the hotel industry and others fight human trafficking, among applications benefiting residents of Baltimore.

SIA urges City leaders to continue dialogue that could lead to a balanced, commonsense policy for the use of facial recognition that safeguards access to innovative services for city residents while addressing concerns about the technology and could serve as a model policy for other local jurisdictions – rather than an outright ban.

“Despite today’s inexplicable outcome to impose a complete ban on the use of facial recognition in Baltimore, there is still an opportunity to find reasonable compromise and fulfill Mayor Scott’s clear vision for improving citywide processes through the use of technology,” said SIA CEO Don Erickson. “SIA respectfully urges the Mayor to reject the proposal passed by the Council and instead appoint a balanced commission of citizen and privacy advocates, law enforcement personnel and private sector representatives to recommend guidelines within the next 180 days governing the use of facial recognition by business and government agencies. Lowering the temperature of the debate over facial recognition through more careful study and input during this period of time may produce a better outcome that can be supported by all stakeholders.”

SIA, along with other leading technology and business groups, recently wrote a letter to the Baltimore City Council committee detailing beneficial applications that would be banned under the measure and highlighted concerns about the profound negative impact. The joint letter came on the heels of a request to President Biden from the airline, travel, security and biometrics sectors, as well as the U.S. business community, urging rejection of a ban approach and  adoption of policy recommendations for additional research, development, testing and government accountability measures.

WASHINGTON (BLOOMBERG, AFP) - Facebook is facing renewed fury from Washington after reports suggested the company knew, but did not disclose, that its … END_OF_DOCUMENT_TOKEN_TO_BE_REPLACED