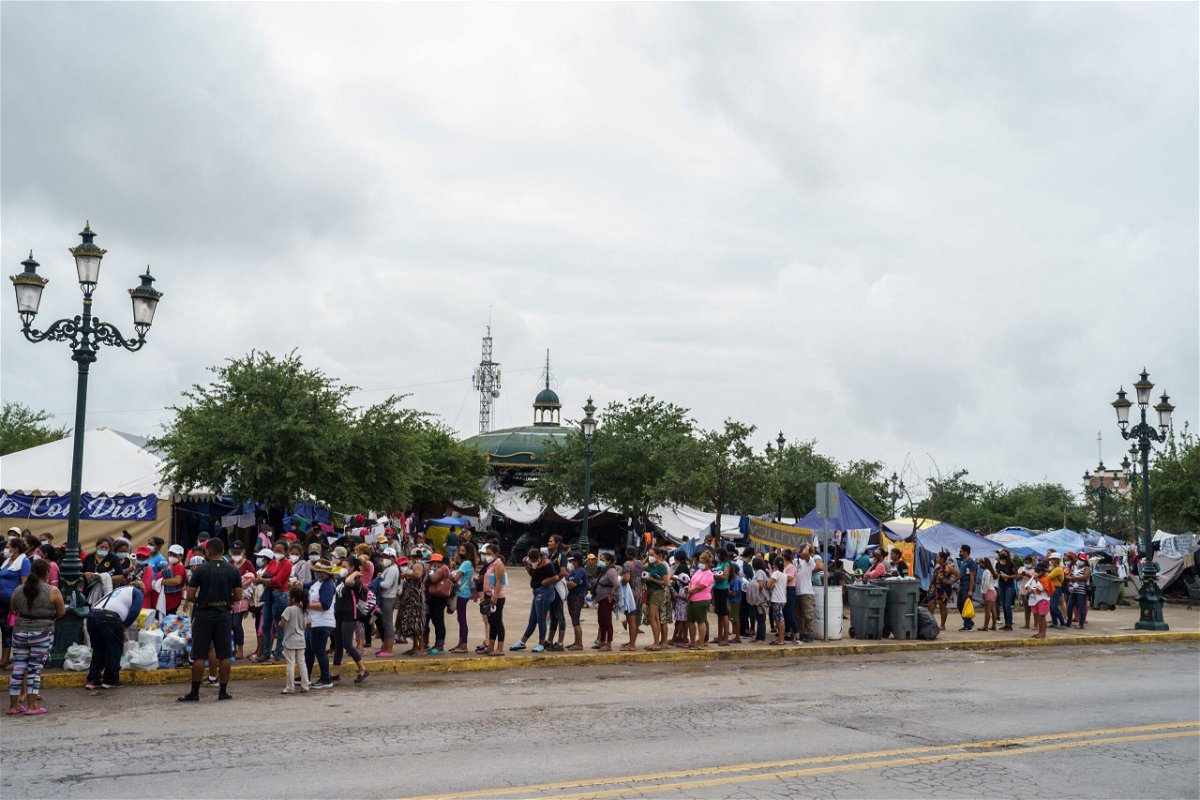 The Biden administration is planning to speed up deportations for some migrant families who cross the US-Mexico border, the Department of Homeland Security said Monday.

Certain families will now be subject to the fast-track deportation procedure known as “expedited removal,” which allows immigration authorities to remove an individual without a hearing before an immigration judge. The procedure will apply to families who are not swiftly expelled under a pandemic-related border policy.

It’s the latest indication of the Biden administration’s wariness over migrants, including those seeking asylum, journeying to the US southern border. Asked about Vice President Kamala Harris’ “don’t come” message to migrants, President Joe Biden reiterated that “they should not come” during a CNN town hall last week, adding that the administration is trying to tackle the root causes of migration.

“These acts are dangerous and can carry long-term immigration consequences for individuals who attempt to do so.  The Biden-Harris Administration is working to build a safe, orderly, and humane immigration system, and the Department of Homeland Security continues to take several steps to improve lawful processing at ports of entry and reforms to strengthen the asylum system,” the department added.

In recent months, arrests of migrant families have grown. In June, Border Patrol apprehended more than 50,000 migrant families, up from 40,815 in May, according to the latest available US Customs and Border Protection data.

While tens of thousands of families have been turned away as a result of a Trump-era public health order linked to the coronavirus pandemic, the number of families who have been subject to the policy has declined since March, CBP data shows. But the administration has struggled to take in those families, relying on organizations along the border and hotels for processing.

The Biden administration also said in May that it planned to speed up court cases for recently arrived migrant families who are seeking asylum.

Immigrants fighting deportation generally have a chance to make their cases in court, where they can ask judges to allow them to stay in the US by arguing they qualify for asylum or other legal options. Cases can often take months, if not years, because of an immigration court backlog, prompting the effort to set up a process intended to expeditiously work through cases.

The Obama and Trump administrations tried to quickly hear cases, fielding criticism from immigrant advocates and attorneys, who argued the process risked rushing asylum cases and undermining due process. A Homeland Security official previously stressed to CNN that the key difference now is that families will have early and ample access to legal representation and judges will not be subject to strict time constraints.

WASHINGTON (BLOOMBERG, AFP) - Facebook is facing renewed fury from Washington after reports suggested the company knew, but did not disclose, that its … END_OF_DOCUMENT_TOKEN_TO_BE_REPLACED