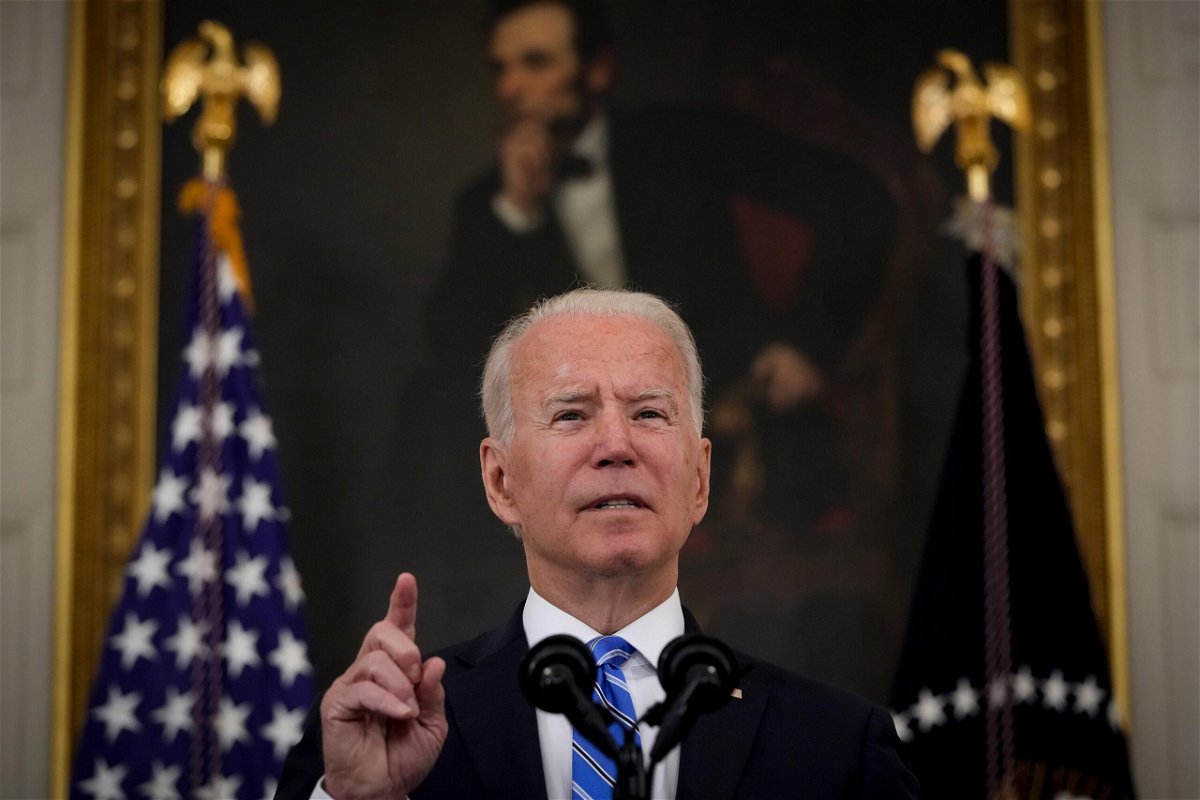 President Joe Biden is holding his second full Cabinet meeting on Tuesday to mark six months in office, and is expected to focus the discussion on Covid-19, infrastructure, climate and cybersecurity, a White House official tells CNN.

Tuesday will be the first time Biden’s full Cabinet convenes in the Cabinet Room at the White House. The President’s first full in-person Cabinet meeting took place earlier this year in the East Room due to social distancing constraints due to the coronavirus pandemic.

The meeting comes as the White House grapples with a recent surge in Covid-19 cases, which has led to increasing rates of hospitalizations and deaths. More than 160 million Americans are now fully vaccinated against Covid-19, but many are refusing to get the shot, and the highly transmissible Delta variant is spreading in areas with low vaccination rates.

The White House has ramped up efforts to combat misinformation about the vaccines and conduct more targeted outreach in communities across the country, including to young people.

The President will discuss the push for his twin economic proposals to rebuild the nation’s crumbling infrastructure and revamp the US economy in the wake of the pandemic.

It’s a critical time for negotiations on Capitol Hill. Senate Republican leaders threatened on Monday to block a vote later this week advancing the bipartisan infrastructure bill unless the negotiators strike a deal on it.

The White House and a bipartisan Senate group agreed to a framework last month that focuses on “hard” infrastructure like roads and bridges. Democrats are also trying to pass a separate bill that invests in what Biden calls “human infrastructure,” which includes funding for paid leave, education and child care.

Biden will provide a national security update to Cabinet members and focus on his administration’s latest cybersecurity efforts.

The cyber discussions follow an announcement by the White House on Monday that the US and its foreign allies were accusing China of widespread malfeasance in cyberspace, including through a massive hack of Microsoft’s email system and other ransomware attacks. The move was a dramatic escalation in the increasingly urgent attempt by the Biden administration to stave off further breaches.

The national security update also follows his first trip abroad as President, during which he attended a G7 summit, a NATO meeting, and met with several world leaders, including Russian President Vladimir Putin.

The President is also likely to tout his administration’s accomplishments during the Cabinet meeting, including the national vaccine distribution effort and the massive $1.9 trillion Covid relief law that has provided checks to tens of millions of Americans across the country through provisions including the expanded child tax credit.

WASHINGTON (BLOOMBERG, AFP) - Facebook is facing renewed fury from Washington after reports suggested the company knew, but did not disclose, that its … END_OF_DOCUMENT_TOKEN_TO_BE_REPLACED