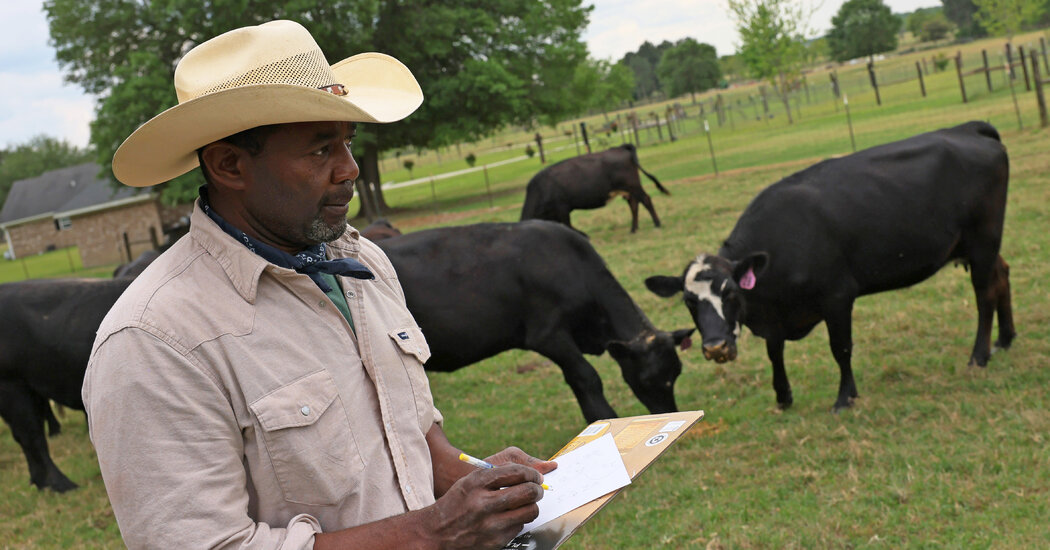 WASHINGTON — Since taking office 157 days ago, President Biden has promised to put racial equity at the center of everything he does, pledging in an executive order on Day 1 to take a “systematic approach to embedding fairness in decision-making” as he drafts legislation, hires staff, proposes spending and develops regulations.

But his efforts — which could radically realign the distribution of federal money and benefits in favor of people of color and other underserved communities — are running into legal and political obstacles.

In late May, Syovata Edari, the owner of CocoVaa Chocolatier in Madison, Wis., was told she would receive $50,000 from Mr. Biden’s government, courtesy of the president’s efforts to ensure that pandemic relief aid for struggling restaurants and food businesses would be distributed equitably.

But three weeks later, she instead received an email that broke the bad news: The award had been rescinded thanks to a lawsuit filed on behalf of white restaurant owners that successfully challenged the program’s policy of prioritizing applications from women and people of color. The check she was counting on would not arrive.

“It doesn’t surprise me that once again these laws that we fought and died for, that were intended to benefit us — to even the playing field a bit more — are being used against us,” Ms. Edari, who is Black, said, referring to the Constitution’s equal protection clause. “You can’t promise something and then take it back.”

No part of Mr. Biden’s agenda has been as ambitious as his attempt to embrace racial considerations when making decisions. It pushes against limits set by the Supreme Court, which say programs based on race must be “narrowly tailored” to accomplish a “compelling governmental interest.” And it ignites passions at a time when Democrats hold the narrowest majority in Congress and the country is already seething with disagreements about race, power and fairness.

On Wednesday, a federal judge in Florida echoed a court ruling in Wisconsin by ordering a halt to an Agriculture Department program to forgive the debts of Black and other minority farmers after years of discrimination. The judge wrote that Congress must “heed its obligation to do away with governmentally imposed discrimination based on race.”

The small-business program that prioritized people like Ms. Edari was forced to change its rules last month after challenges by white Americans who say the policy is racist. And around the country, Republicans are promising to tie the president’s equity efforts to a broader culture war during the 2022 midterm elections, arguing that Mr. Biden is doing the bidding of liberal activists who believe that all white people are racist.

The president’s initial proposal for vast spending on infrastructure would have gone even further, reversing racial disparities in how the government builds, repairs and locates a wide range of physical projects, including a $20 billion plan to “reconnect” communities of color to economic opportunity. But an emerging bipartisan deal on infrastructure does not include $400 billion for home health aides, a program that benefits many women of color. And it is uncertain whether it will embrace some of Mr. Biden’s other race-conscious proposals.

The challenges to Mr. Biden’s proposals have so far halted only a small fraction of his broader equity agenda, which has already ensured that billions of dollars in government spending have reached African Americans and poor women. Some of the president’s programs, like the child tax credit, are less vulnerable to legal challenges because they are technically race-neutral even as they disproportionately benefit people of color.

Administration officials say the court rulings and political opposition are merely speed bumps that will do little to block progress. And they say Mr. Biden will continue to fight for parts of his legislative agenda that are not in a compromise bill.

“The overall good that the American Rescue Plan does, and the degree that it can lead to a fully equitable recovery, is not in doubt or in question,” said Gene Sperling, a veteran economist who is in charge of enacting the relief aid. “We are moving forward.”

But the resistance to Mr. Biden’s pledge to make equity “the business of the whole of government” is an early warning sign of more to come.

The fight over how much the government and other institutions can consider race when making decisions has intensified in recent years, with conservative activists making a concerted legal push for rulings by a more right-leaning Supreme Court in areas as varied as university admissions, government contracting and voting rights.

Now, the president’s critics, including Republican lawmakers and conservative activists, are lining up other court challenges and are vowing to push back against what they say is blatant discrimination by the government against its citizens.

America First Legal, an organization founded by Stephen Miller, a former senior adviser to President Donald J. Trump, filed two lawsuits in Texas that led the administration to alter its small-business program for restaurants, and the group is part of litigation objecting to debt relief for Black farmers. Recently, Mr. Miller threatened to lodge challenges to other efforts, including a proposal by NASA officials to incorporate “racial equity and support for underserved communities” when the agency makes grants or signs contracts.

Conservative lawyers are still combing through the relief legislation for other provisions that could be ripe for lawsuits because they tie economic aid to race, according to Rick M. Esenberg, the president and general counsel of the Wisconsin Institute for Law & Liberty, which is representing about a dozen white farmers who filed the lawsuit.

Mr. Esenberg said he did not expect the farmers’ program to move forward as is because it violated the right to equal protection under the law.

“It’s very difficult to construct an argument that this program could possibly be constitutional,” he said.

White House officials declined to discuss the two legal cases, saying they could not comment on current litigation. But they insisted that the president would not be deterred in his belief that the government needed to be more mindful of communities that had been overlooked. An Agriculture Department spokesman said this month that the agency disagreed with the decision and would move ahead with the debt relief when the restraining order was lifted.

The Treasury Department, which is overseeing much of the economic relief money that the Biden administration is deploying, has been undergoing its own internal review process to ensure that racial equity is at the heart of its operations.

Mr. Sperling said that the child tax credit in the American Rescue Plan was meant to maximize support for people of color and other traditionally underserved families, and he added that the government was building websites and other tools to ensure that people knew about the benefit. And he said the administration had also moved aggressively to ensure that low-income tenants — many of whom are women or people of color — were not prevented by their landlords from invoking eviction protections guaranteed under the law.

“Both the design and the implementation of the American Rescue Plan has been focused as much as anything I’ve ever seen on ensuring that it is equitably distributed throughout the country,” Mr. Sperling said.

For Leonardo Williams, an owner of Zweli’s Kitchen & Catering in Durham, N.C., the president’s focus on minority communities was critical to weathering the economic crisis caused by the coronavirus.

After the pandemic forced Zweli’s to close, the business fell months behind on its rent. Some days, takeout sales brought in as little as $60. Relief money from the Paycheck Protection Program helped plug gaps, but Mr. Williams worried about surviving until diners could safely return.

A $118,000 government grant — part of the administration’s push to prioritize women and minority business owners for the $28.6 billion Restaurant Revitalization Fund — came through just as sales began to boom again. Now, for the first time since Zweli’s opened three years ago, it has a financial cushion. Mr. Williams and his wife are close to signing deals for two new locations, which would increase their staff by more than 50 employees.

“I think this is the way to do it,” said Mr. Williams, who vividly remembers being unable to get a bank loan when Zweli’s opened, forcing him to cash in his retirement savings to start the restaurant. “Prioritize those who have been left behind for so long.”

But after Mr. Williams received his grant, lawsuits backed by Mr. Miller’s group and the Wisconsin institute forced the program to stop prioritizing women and people of color.

The Justice Department argued in a court filing that the government “has a compelling interest in remedying the effects of past and present discrimination.”

But a federal judge in Texas and a three-judge panel from the U.S. Court of Appeals for the Sixth Circuit objected and said the relief program’s approach was too blunt and ran afoul of the Constitution’s equal protection guarantee.

In response to the court rulings, the Small Business Administration, which runs the relief program, abandoned its prioritization plan in late May. By then, most of the money had already been distributed: Around 72,000 women- and minority-led businesses received $18 billion, more than 60 percent of the relief fund’s money, before the court injunctions took effect.

Advocates for the Black farmers’ program were also disappointed.

John W. Boyd Jr., the president of the nonprofit National Black Farmers Association, said officials dragged their feet getting the money out the door, he said, allowing time for lawsuits to be filed.

“The Trump administration got money out to white farmers fast,” Mr. Boyd said. “Why couldn’t we do the same for Black and other farmers?”

Black farmers’ groups are now spending their own money to represent themselves in court, and Mr. Boyd said he did not expect the debt relief to happen for at least two years.

“It’s planting season and a lot of farmers had planned for the relief,” he said. “It just looks like every time we take a step forward, it’s 10 more steps back.”

WASHINGTON (BLOOMBERG, AFP) - Facebook is facing renewed fury from Washington after reports suggested the company knew, but did not disclose, that its … END_OF_DOCUMENT_TOKEN_TO_BE_REPLACED