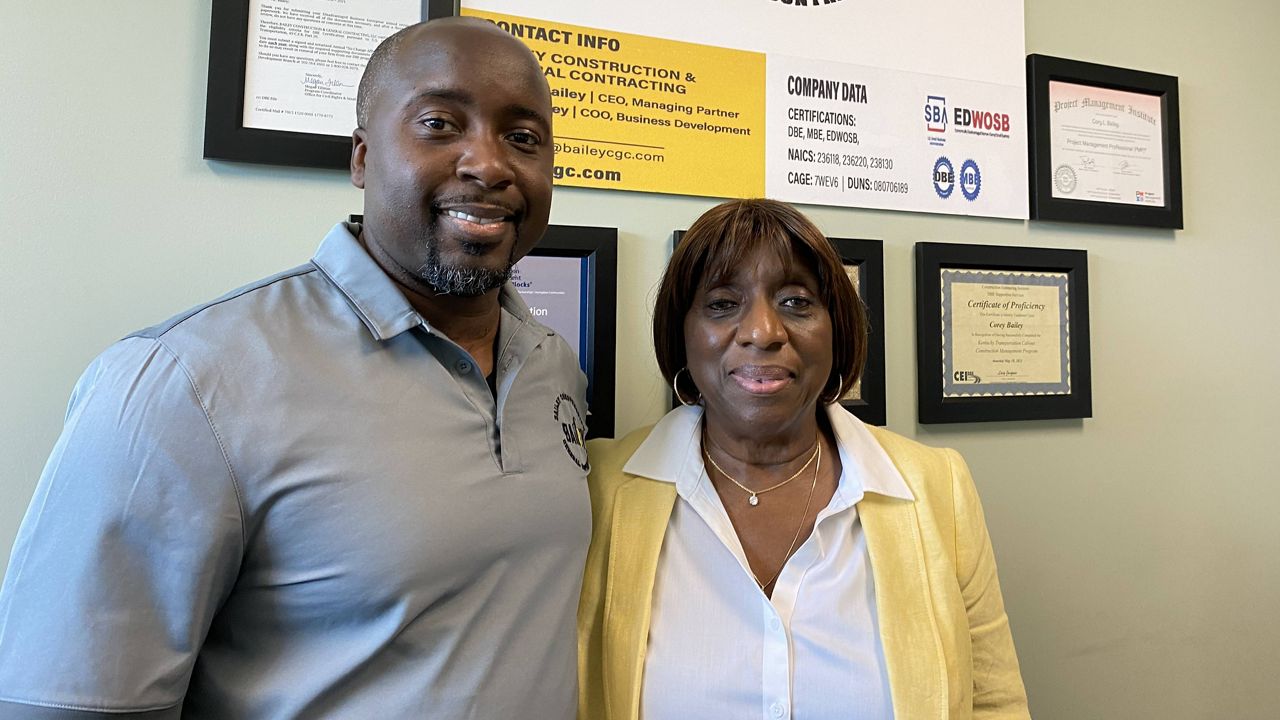 What You Need To Know

Cory Bailey, the COO of Bailey Construction and General Contracting, was approved for a $50,000 business accelerator loan. Bailey said it helped put his business in a better position.

“As far as having this METCO loan, it just put us in position to set the business up so we can be able to be a blessing to the West End community we grew up in,” Bailey said.

According to the city, despite Black residents accounting for 23.4% of Louisville’s population, only 2.4% of businesses in Louisville are black-owned. Fischer said Louisville Metro allocated more than $13 million to fund initiatives aimed at supporting Black and minority-owned businesses.

“We recognize that we are not going to reverse the effects of hundreds of years of institutionalized racism policies like redlining, disinvestment and disenfranchisement, that’s not going to happen overnight,” Fischer said.

Some of these efforts, such as the METCO loan program and small business assistance fund, will provide dollars directly to businesses. Bailey wants to encourage other entrepreneurs to look into applying to these programs.

“We wanted to share the message to let someone else know who may be in the same shoes as we were in. Maybe financially, credit challenged, whatever the case might be,” Bailey said.

(The Center Square) – A federal judge has ruled Union City farmer Robert Holman’s lawsuit against the U.S. Department of Agriculture over COVID-19 … END_OF_DOCUMENT_TOKEN_TO_BE_REPLACED