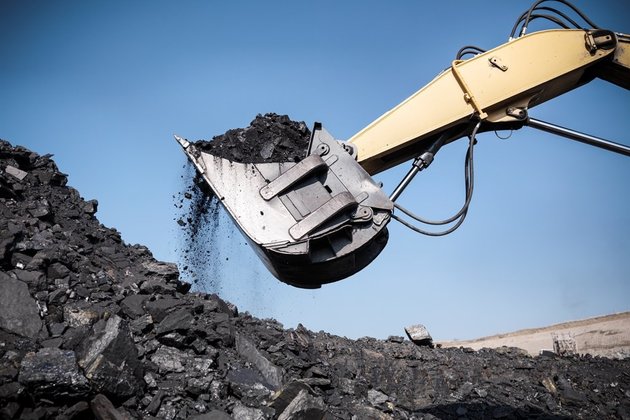 At a time when funding for fossil fuel projects is drying up, Botswana is racing to develop six new coal mines and a rail link for exports, with the government prepared to put its own money into the projects.

The southern African nation, the world’s second-biggest diamond producer, has more than 200 billion tons of untapped coal reserves. To kickstart the industry, it has turned to investors from the largest global coal consumer, China.

“The country has good resources which are close to the surface,” Robson Mugomba, acting chief executive officer of the government’s Minerals Development Company Botswana, told a virtual meeting of Chinese investors last week. “With the resources we have, we could offer potential investors really attractive opportunities.”

The appeal to the group led by the Africa Guangdong Business Association comes as banks are increasingly shying away from funding coal projects because of its impact on global warming. Yet demand for the fuel, especially in Asia, remains high and prices have risen to a record because of tight supply.

Botswana wants to take advantage of what it sees as a period when coal will still be in demand before being replaced by other cleaner forms of energy.

“We have that window,” Charles Siwawa, CEO of Botswana’s Chamber of Mines, said in an interview. “We have a lot of coal and even if we gain $10 billion between now and when they want us to stop, for us it means a lot for our economy.”

Key to developing the projects is the construction of a rail link to South Africa of as long as 125 kilometers at a cost of $150 million to $250 million, according to a slide presented to the Chinese investors. The line, capable of transporting as much as 25 million tons a year, would channel coal to the South African rail system that runs to its ports.

While South Africa has had a substantial coal-export industry for decades, landlocked Botswana’s deposits have remained largely untapped. The government does own the Morupule coal mine and has supported another operation, the Masama mine owned by Minergy.

The state is now willing to put its own money into projects to ensure they get to production, according to Mugomba.

“These opportunities are subjected to detailed evaluation looking at potential returns,” he said. “We check against our portfolio to see if there’s a path to funding these.”

The government is determined to press ahead even though it only has one 300 megawatt coal-fired plant in its 20-year energy plan.

Funding from elsewhere may be hard to come by. China’s biggest lender, the Industrial & Commercial Bank of China, recently withdrew from a $3 billion coal-fired power plant in Zimbabwe after pressure from climate activists.

“Make no mistake, we all subscribe to a cleaner world,” Lefoko Moagi, Botswana’s minerals minister, told a local newspaper last year. “But we believe that we just can’t leave an abundance of a God-given resource like that.”

WASHINGTON (BLOOMBERG, AFP) - Facebook is facing renewed fury from Washington after reports suggested the company knew, but did not disclose, that its … END_OF_DOCUMENT_TOKEN_TO_BE_REPLACED