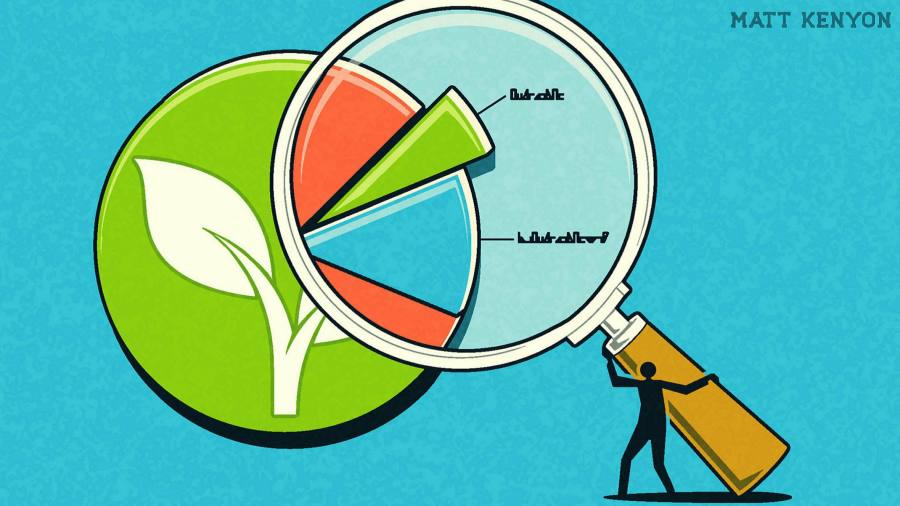 Sign up to myFT Daily Digest to be the first to know about ESG investing news.

The momentum behind environmental, social and governance-themed investing has seemed unstoppable for the past few years. Trillions of dollars have poured into ESG funds and countless executives have renounced Milton Friedman’s shareholder primacy dictum, in a once-in-a-generation shift in the business consensus.

UK regulators are circling “greenwashing” brands which make misleading claims about their environmental virtues, echoing the US Securities and Exchange Commission’s recent alert about the risks posed to investors by funds’ fuzzy definitions of ESG.

To top it off, two Harvard Law School professors marked the second anniversary of the US Business Roundtable’s landmark endorsement of stakeholder governance by concluding that its statement had been “mostly for show”.

The groups targeted by these critiques have rejected them, sometimes convincingly. Many business leaders who see themselves in the vanguard of a revolution in capitalism seem genuinely perplexed to discover that others think they are part of the problem. As more multinationals raise workers’ wages, diversify their boardrooms, purge their supply chains of environmental or human rights abuses and set “net zero” emissions targets, they wonder why critics are not cheering them on for voluntarily moving in the right direction.

There are several answers. First, those who suspect business of greenwashing or hypocrisy have not been short of fuel, from flimsily defined ESG funds stuffed with oil and gas stocks to the lobbying from companies that do not want to disclose their contributions to a warming climate.

Second, ESG has become politicised. Many on the left doubt that capitalists can set their own house in order and suspect that they are embracing voluntary tweaks to their business models to avoid harsher regulations or taxes. Many on the right assail CEOs as virtue-signalling “woke capitalists”, increasingly adrift of the US conservative mainstream on subjects from vaccines to voting rights.

But the biggest reason for the backlash may be impatience with the fact that business leaders who have spent years touting their social and environmental responsibilities have not had a more tangible impact. As employees and consumers are confronted with daily evidence of entrenched inequality, failing institutions and an increasingly unstable climate, some are asking why this supposed revolution has not yielded bigger improvements.

A mood of growing self-congratulation in boardrooms has been mirrored by growing public dissatisfaction. Polling by Morning Consult suggests that fewer people now trust corporate America than the news media, while the percentage of Americans telling Gallup they have little or no trust in big business is back to the peak reached in the global financial crisis. Impatience about corporate foot-dragging on diversity, political spending, reducing emissions and reining in executive pay has also been palpable in this year’s record crop of ESG-themed shareholder resolutions in the US.

With companies now held to account for their stewardship of human and natural, as well as financial, capital, the need to prove that rhetoric will be backed up by real change looks increasingly urgent. How, then, should a self-professed stakeholder capitalist respond?

Some will not shake off the claims of greenwashing easily. ESG has always been blighted by hype and wooliness, with too many of its adherents content to sign non-committal pledges and scatter pictures of sunflowers through reports about elusive concepts such as “purpose”.

More transparency, better data and greater accountability are badly overdue. They are now within reach, through initiatives such as the proposed International Sustainability Standards Board. Standardising the current inconsistent mess of non-financial metrics now looks essential for boosting confidence that they do, in fact, create value.

Executives who understand this still have time to get ahead of the coming disclosure changes, working with regulators to ensure tough new mandatory reporting requirements. But they should not get too lost in the accounting standards weeds. A simple principle should guide their response to the ESG backlash: that the world needs to see evidence that their lavishly marketed efforts are having a material impact.

Impact investing itself defines a relatively small corner of the financial sector. But the principle of focusing on a company’s effects on people and the planet is one that can be applied more widely.

Whether stakeholder capitalism will live up to its billing is still debatable, but it would be counter-productive to write off all ESG efforts as empty or harmful. Regardless of your view on the power large companies wield, harnessing it still seems one of the most promising ways to address our greatest collective challenges. But to beat the backlash, ESG must be held to a higher standard, with a more honest focus on its impact.

WASHINGTON (BLOOMBERG, AFP) - Facebook is facing renewed fury from Washington after reports suggested the company knew, but did not disclose, that its … END_OF_DOCUMENT_TOKEN_TO_BE_REPLACED