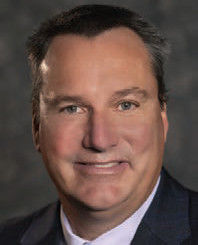 As the operator saw signs of recovery in Q1, Caesars Entertainment’s CEO Tom Reeg reported the company is experiencing “extremely robust demand” in its group business segment for H2 2021.

Caesars Entertainment has begun to bounce back from the impact of the coronavirus pandemic, the company’s executives affirmed.

The company reported $1.7bn in net revenues for Q1, more than three times what it earned in the same period last year. Net loss was $423m for the three months ended 31 March 2021.

“Our first quarter results improved significantly versus the fourth quarter of 2020 as the pace of vaccinations across the country accelerated and consumers started to resume more normal behaviour,” said Caesars’ CEO Tom Reeg.

“We are excited to see the dramatic improvement in operating efficiencies throughout our enterprise which we believe are sustainable going forward.”

Total occupancy rates for the quarter stood at 63 percent, with rooms 85 percent full on weekends and 52 percent full midweek.

“We are very optimistic regarding the remaining three quarters of the year in Las Vegas and the return of the group and convention business and entertainment offerings that will drive incremental demand to the market,” said Caesars’ president and COO Anthony Carano, speaking during the operator’s Q1 earnings call.

Carano noted that the company has been “encouraged” by forward-looking group booking trends for H2 2021. Group and convention room night bookings for the second half of the year are pacing up about 20 percent compared with 2019.

The operator opened its new convention centre, Caesars Forum, last October. The venue has booked “more than 165 events, 1.6 million room nights and $633m in revenues”. “80 percent of this business is new to Caesars,” Carano added.

Reeg stated that the company’s group business for the second half of the year was “jammed”, with Caesars seeing “extremely robust demand” following the drop-off in business due to the pandemic.

Meanwhile, Caesars closed its $4bn acquisition of William Hill during the quarter. “We’re going to rebrand our books as Caesars, our app as Caesars Sports and tie our business into our Caesars Rewards database,” Reeg added.

Nevertheless, he confirmed the operator still plans to divest all of William Hill’s non-US assets. “We’ve not had a moments pause in terms of selling the non-US business,” he stated.

“I can’t tell you we’re good at running a non-US digital business. I can tell you that there are almost certainly people out there that will do it better than us and see opportunity there. And I can deploy that capital into businesses that I know will drive better returns to shareholders,” he explained.

The company is also planning to sell off at least one of its Strip properties, however Reeg suggested that will likely happen next year at the earliest.

“There are no active discussions on any Las Vegas assets as I sit here today,” he stated. “We remain convinced that it does not make sense to market an asset until we can market it off the cash flow that we’re doing with it, not a bridge to what we think we can do with it. So that suggests it’s a 2022 event.”

WASHINGTON (BLOOMBERG, AFP) - Facebook is facing renewed fury from Washington after reports suggested the company knew, but did not disclose, that its … END_OF_DOCUMENT_TOKEN_TO_BE_REPLACED