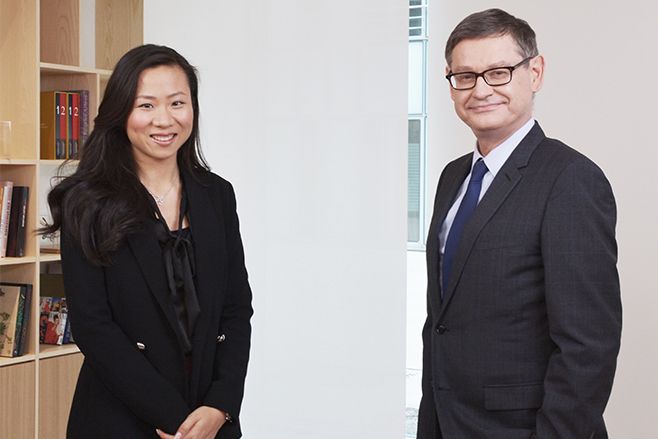 Cartier officially celebrates two years by bringing together young entrepreneurs from around the world through its Red Club and they started it by welcoming 19 new members from five different countries.

The Red Club, launched in 2019, is a community that aims to connect young global entrepreneurs who have strong ties to Asia and aim to create a positive impact on society through their businesses.

Although it was initially launched in France, Italy and the United Kingdom, the Red Club has gone on to include people from Asia or who have strong ties to it. As they have expanded, they have also included countries such as Russia and Japan.

The Red Club encourages these entrepreneurs to connect with each other outside of their individual organizations, so that they can share their business experiences and ideas and learn and grow together.

To celebrate its two-year anniversary, the Red Club announced that it would welcome 19 new members to the club and that these people came from five different countries and from various industries such as food, fashion, energy, technology and the blockchain.

“Entrepreneurship is a precious asset that needs to be cultivated, especially in difficult times,” says Cyrille Vigneron, President and CEO of Cartier International.

He went on to say: “Red Club gives these brilliant and committed entrepreneurs the opportunity to connect, raise their voices and tell stories that celebrate how they help change the world in which they live, keeping the entrepreneurship cycle alive. His passion, his pioneering spirit, his creativity and his strong and relentless desire to inspire future generations, are the heart of the values ​​of our home. ”

It is true that, over the years, Cartier has used its program to recognize the creativity of these entrepreneurs and support them throughout their journey. They have allowed them to take advantage of their connections to each other to overcome difficulties such as lack of resources, networks or communities and have pushed them to succeed.

“We are very excited to be part of this community of young entrepreneurs with incredible talent around the world,” says Giada Zhang, president of Red Club and CEO of Mulan Group. “We are all driven by the same purpose and common passion to make a difference, with the goal of shaping the next generation of socially conscious global-minded leaders.”

WASHINGTON (BLOOMBERG, AFP) - Facebook is facing renewed fury from Washington after reports suggested the company knew, but did not disclose, that its … END_OF_DOCUMENT_TOKEN_TO_BE_REPLACED