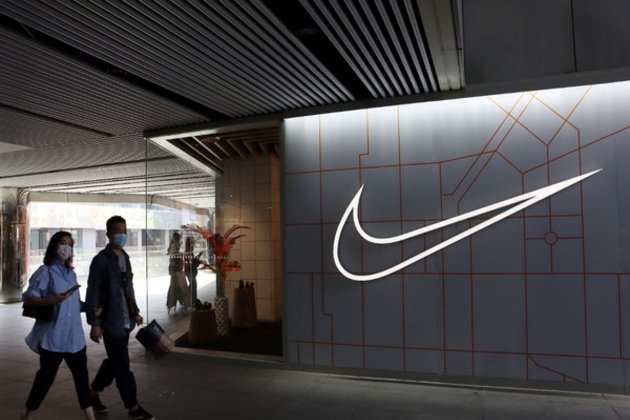 Washington [US], June 26 (ANI): Nike CEO John Donahoe has said the sportswear apparel giant is a “brand of China and for China” after it faced a backlash earlier this year for voicing concerns about the communist government using Uyghur forced labour in the production of cotton.

Donahoe explained that Nike had a long-term view of its operations in China, where it had been operating for about four decades, Fox News reported.

“We are the largest sports brand there, and we are a brand of China and for China,” Donahoe said.

“And the biggest asset we have in China is the consumer equity. Consumers feel a strong, deep connection to the NIKE, Jordan and Converse brands in China. And it’s real,” Donahoe added.

Nike recently came under fire in China for a comment it made raising concerns about forced labour practices in the Xinjiang Uyghur Autonomous Region (XUAR). It reassured customers that it does not source textiles or products from the region, like cotton.

After the US and other Western countries responded to the forced labour allegations with sanctions, its statement was resurfaced and resulted in calls among Chinese consumers to boycott the brand – as well as others like HM.

The Chinese government has characterized companies’ decisions to avoid using cotton sourced from the region as an effort to undermine its economy.

In recent months, several US companies including HM and Nike came under tremendous pressure after they said that they were concerned about allegations that forced labour has been used to produce cotton in Xinjiang.

Chinese media called for Chinese boycotts of Swedish multinational retailer HM, sports apparel powerhouses Nike and Adidas; New Balance; Burberry and other members of the Better Cotton Initiative (BCI) that have voiced concerns or pledged not to use supply chain components produced in Xinjiang.

Dozens of Chinese celebrities have terminated contracts or said they would cut ties with these brands, including Nike, Adidas, Puma, Converse, Calvin Klein, Tommy Hilfiger, and Uniqlo — a move lauded by state media.

China has been rebuked globally for cracking down on Uyghur Muslims by sending them to mass detention camps, interfering in their religious activities and sending members of the community to undergo some form of forcible re-education or indoctrination. (ANI)

WASHINGTON (BLOOMBERG, AFP) - Facebook is facing renewed fury from Washington after reports suggested the company knew, but did not disclose, that its … END_OF_DOCUMENT_TOKEN_TO_BE_REPLACED