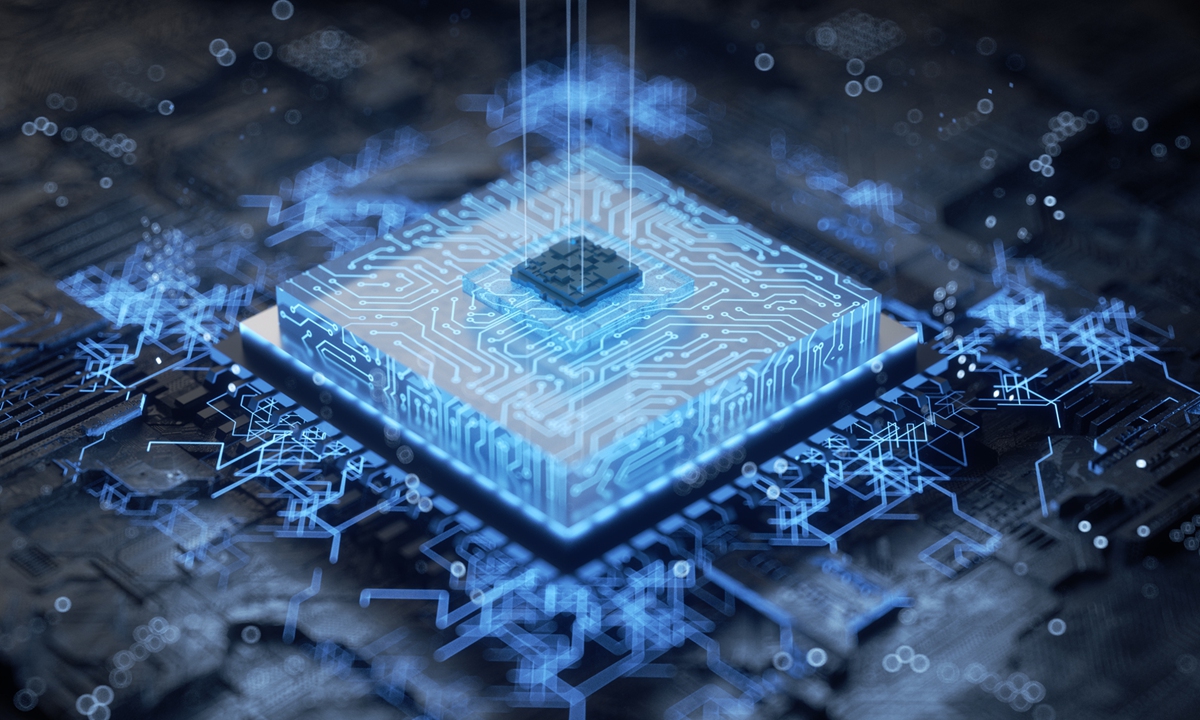 The China Council for the Promotion of International Trade (CCPIT) on Monday slammed the US CHIPS and Science Act as being opposite to the fair, open and non-discriminatory spirit predominant in the global semiconductor industry, and called for Chinese and US business communities to work together to mitigate the adverse impact of this law.

US President Joe Biden signed an Executive Order to implement the semiconductor funding in the CHIPS and Science Act of 2022, which provides $52.7 billion in government subsidies for its own semiconductor production and research, on Thursday.

In a strongly worded comment on Monday, a CCPIT spokesperson said that while the effect of the implementation of the law is still to be seen, its impact in damaging the growth of the global chip industry and international economic and trade rules will be profound.

The CCPIT and China Chamber of International Commerce issued a statement on August 10 stating that the US CHIPS Act ensures the US will gain an unfair advantage over other countries, including China. They pointed out the law is a typical industrial subsidy, which is not in line with the WTO’s non-discrimination principle.

Stressing the organization’s repeated, firm opposition to the law, CCPIT spokesman Sun Xiao called for Chinese and US business communities to work together to eliminate the adverse impact of this law. Sun said the chamber will also take effective measures to safeguard their legitimate rights and interests when necessary.

The law’s implementation will not only hinder normal economic, trade and investment cooperation between Chinese and US businesses in the semiconductor field, but also damage the interests of global companies in this sector, including US firms, Sun said.

Gao Shiwang, a director with the China Chamber of Commerce for Import and Export of Machinery and Electronic Products, told the Global Times on Monday that the law is a direct violation of the WTO’s non-discrimination principle and a negative example globally as the world’s economy is facing downward pressure.

The law, which uses state influence to coerce companies to make a choice between the US and China, serves nothing but hugely increased the risk of international business operation and poses as a major risk to the mid and long-term development of the global semiconductor industrial chain, Gao said.

The change in tax treatment of research and experimental expenditures under Internal Revenue Code Section 174, effective for tax years beginning after … END_OF_DOCUMENT_TOKEN_TO_BE_REPLACED

The U.S. House of Representatives passed sweeping legislation on Thursday to subsidize the domestic semiconductor industry as it competes with Chinese … END_OF_DOCUMENT_TOKEN_TO_BE_REPLACED