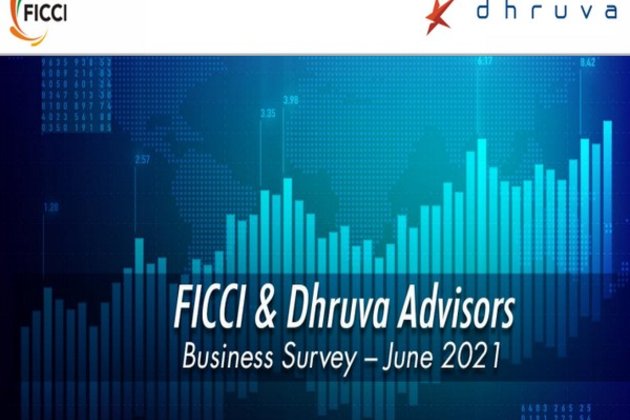 New Delhi [India], June 21 (ANI): The second wave of Covid-19 pandemic that hit India during April and May was extremely intense and impacted the functioning of businesses that had just started moving on the path towards normalcy after the end of the first wave, according to a nationwide survey conducted by FICCI and Dhruva Advisors released on Monday.

The swift pace at which the virus travelled across the nation led to a sudden jump in the overall infections with daily new caseload touching new highs and putting enormous pressure on the country’s healthcare system, it said.

To break the chain of transmission, unlike last year when the country went into a national lockdown, this time state governments prioritised micro-containment zones and localised lockdowns based on the evolving situation on the ground.

While such measures were necessary, these did have an impact on economic activities.The survey shows that 58 per cent of companies saw a high impact on their businesses due to state-level lockdowns. Another 38 per cent reported moderate impact on their operations. An evident dip in demand was witnessed by companies.

About 58 per cent of the surveyed companies reported weak demand as the biggest challenge they are facing under the current environment.

This was followed by managing costs (56 per cent) and tight financial liquidity (43 per cent) that emerged as other significant issues companies have to deal with in the present situation.

This time it was not just demand in urban areas that was constrained but even the rural areas saw a compression in demand with 37 per cent of the companies reporting a high impact on their sales in rural markets.

However, there is a silver lining on the horizon. Survey results show that nearly 63 per cent of the companies foresee utilisation rates to be over 70 per cent in the next two to four quarters.

With the number of new cases ebbing and states getting into the unlock mode, there is hope that business and economic activities will regain normalcy in the months ahead, said FICCI President Uday Shankar.

“Clearly, vaccination at scale has to be the priority if we have to beat Covid-19 and put it behind us. A third wave with similar or greater intensity, as is being projected by some experts, could undo the gains seen in the recent weeks.”Dinesh Kanabar, CEO of Dhruva Advisors, said while there is an immediate effect on the businesses in terms of capacity utilization and demand, the industry is optimistic about the future and hopeful of better performances.

“Importantly, there is a significant expectation from the government that we are well-prepared for subsequent Covid-19 waves,” he said.FICCI said even as companies brace for improvement, the need for support from the government remains high on their agenda.

Among measures listed by companies for relief, ease of compliances, moratorium for loan and interest payments and incentives for boosting demand stand out.

On the taxation side, some of the key reforms companies wish to see include reduction in the tax rates, reduction in compliances and expediting refunds.

FICCI also called for ramping up investments in healthcare infrastructure across tier 2 and tier 3 cities besides in rural areas.

WASHINGTON (BLOOMBERG, AFP) - Facebook is facing renewed fury from Washington after reports suggested the company knew, but did not disclose, that its … END_OF_DOCUMENT_TOKEN_TO_BE_REPLACED