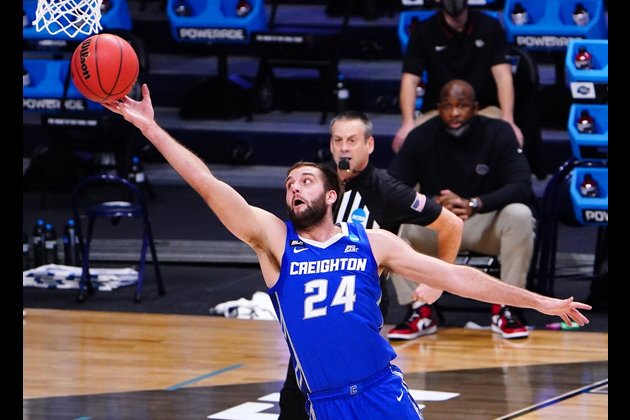 The NCAA placed the Creighton men’s basketball program on probation for two years and handed down other minor penalties Tuesday based on improper benefits accepted by a former assistant coach.

The punishment, announced by the NCAA Division I Committee on Infractions, spawned from a sport-wide FBI investigation in 2019 into bribery that resulted in the arrests of four assistant coaches at the Division I level.

Per the resulting NCAA investigation, ex-Creighton assistant coach Preston Murphy “violated NCAA ethical conduct rules” by accepting money from an undercover agent during a meeting with business manager Christian Dawkins. The purpose of the funds was for Murphy to divert players to Dawkins’ management company.

Murphy, who resigned in 2019 under head coach Greg McDermott after the story broke nationwide, was given a two-year show-cause penalty by the NCAA. While he is allowed to be hired by another university over the next two years, he will not be allowed to perform any “athletically related duties” without a school appeal.

Murphy’s attorneys had reasoned that the former assistant returned the money, $6,000 in an envelope, after the meeting.

“For us, that constituted an NCAA violation,” Sankar Suryanarayan, Princeton’s university counsel and the lead hearing officer for the infractions committee, said of Murphy.

The committee also said Murphy was disingenuous to members of the NCAA enforcement staff and other school officials.

In addition to probation, the Bluejays program is also docked one scholarship in each of the next two academic years (2021-22 and 2022-23) as well as an undisclosed amount of fewer allowable official visits during the recruiting process, among several penalties — some of which were self-imposed throughout the investigation.

WASHINGTON (BLOOMBERG, AFP) - Facebook is facing renewed fury from Washington after reports suggested the company knew, but did not disclose, that its … END_OF_DOCUMENT_TOKEN_TO_BE_REPLACED