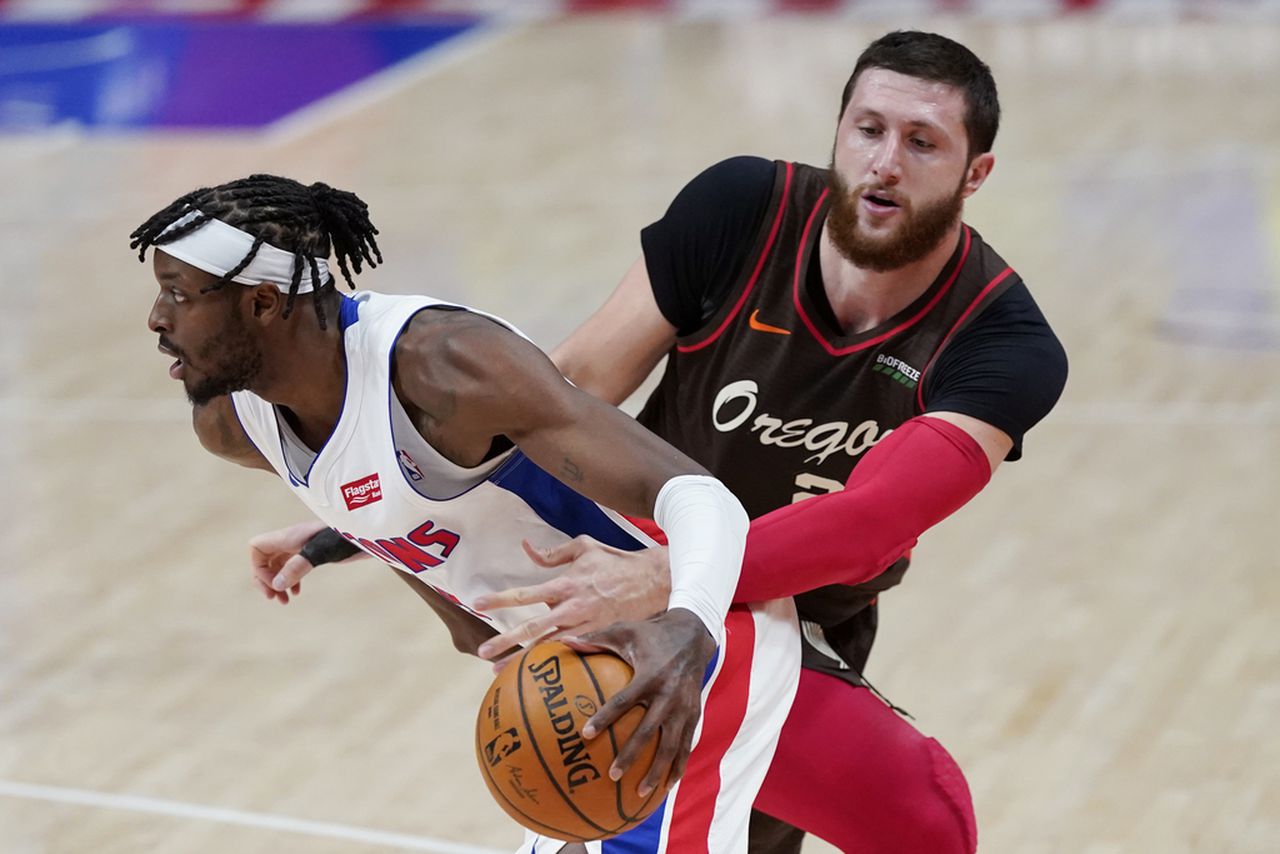 DETROIT — One week ago, the Detroit Pistons announced that they had partnered with Shopify to launch SHOP313. On Thursday, Pistons forward Jerami Grant was on hand to celebrate the launch in Detroit.

He was there to promote SHOP313, an immersive small business platform focused on supporting small businesses in Detroit. It was started to promote Detroit’s local entrepreneurs and those interested in entrepreneurship and it will give participating businesses and entrepreneurs complimentary access to Shopify, educational programming and resources, grant opportunities, and networking events throughout the 2021 to 2022 NBA season.

For Grant, it was his first visit to Eastern Market since he signed with the Pistons last November. For much of last season, he and his teammates followed the NBA’s health and safety protocols in an effort to limit any spread of COVID-19.

That meant that players and team personnel weren’t allowed to go to bars, lounges or clubs or attend live entertainment or sports events. They also could not use outside gyms, spas or pools and had to avoid social gatherings with more than 15 people.

Despite the protocols and a shortened offseason last year, Grant had his best season where he averaged career highs in points (22.3), assists (2.8), shot attempts (17.3) and minutes (33.9) per game. He finished second in Most Improved Player voting and 10th among Eastern Conference forwards in All-Star voting.

With the league loosening protocols with a vaccine for the virus available, Grant jumped at the chance to interact with people in the community. It also helped that Thursday’s event lined up with Grant’s entrepreneurial interests.

“I think I’ve seen a lot of passion on everyone’s face when I was walking around talking to people and I think it’s great to see how passionate they are about the things that they’ve invested in,” Grant said.

The Hyattsville, MD native has a business idea of his own that he’s working to get off the ground but he’s still open to exploring other ideas.

“My dream business? Well, I’m working on some fashion lines, a clothing line,” Grant said. “I mean, a little bit everything.”

Until then, he plans to focus on community outreach in Detroit before the Pistons begin training camp at the end of September. He will host a Topgolf event at Topgolf Detroit, in Auburn Hills, MI. It will benefit Grant’s Hour Generation Foundation, which focuses on inspiring and empowering youth to explore their talents by providing information, advocacy and service allowing them to maximize their potential and realize their special gifts.

Expanding his foundation’s reach to Detroit has been a goal of his since he arrived in Detroit but the pandemic presented some difficulties with getting things started.

“I want to help build the city up, however I can,” Grant said. “Obviously, I’ve been blessed. God has blessed me. So I want to give back however, I can. We have a homeless shelter that we’re in the midst of building right now. So that’s step one and we have a bunch of other things to do.”

WASHINGTON (BLOOMBERG, AFP) - Facebook is facing renewed fury from Washington after reports suggested the company knew, but did not disclose, that its … END_OF_DOCUMENT_TOKEN_TO_BE_REPLACED