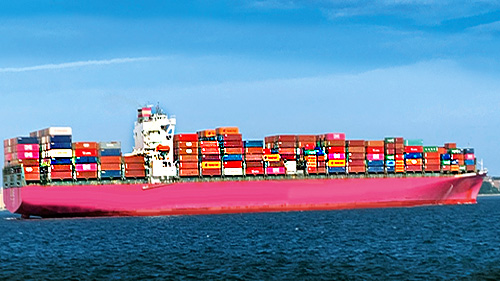 It’s too soon to gauge the ultimate result of the Biden administration’s efforts to address long-standing vulnerabilities in the nation’s supply chains. But findings from the comprehensive Executive Order (E.O.) 14017 “America’s Supply Chains” released on June 8th set out to put the nation on a stronger course. Following the release of the report, officials told reporters during a White House briefing that the administration had created a task force that would tackle near-term bottlenecks in construction, transportation, semiconductor production, and agriculture. The group would be led by President Biden’s Cabinet secretaries.

Some in industry view the effort as much needed. Others, such as some who work in logistics, remark off the record that it has little substance.

Need for More Security and Resiliency
Whatever the viewpoint, the voluminous 250-page document is the result of a 100-day effort by more than a dozen federal departments and agencies and hundreds of stakeholders from labor, business, academic institutions, Congress, and U.S. allies and partners who were asked to consider how to make U.S. supply chains more secure and resilient for national security, economic security, and technological leadership.

The effort was praised by industry groups, including the conservative National Association of Manufacturers (NAM). NAM President and CEO Jay Timmons praised President Biden after he signed E.O. 14017 in February by writing in a statement, “The administration’s goal of increasing manufacturing investment in the United States is one we share. And their focus on key sectors, like the pharmaceutical manufacturers whose incredible innovation is saving lives and arming us against COVID-19, will help us emerge stronger from this crisis.”

The 250-page document is the result of a 100-day effort by more than a dozen federal departments and agencies and hundreds of stakeholders.

Pharmaceuticals and pharmaceutical ingredients (APIs) are one of the four sectors deemed critical and assessed for supply chain vulnerabilities in the study. The others are semiconductor manufacturing and packaging; large capacity batteries with specific analysis of electric car batteries; and critical minerals, rare earth elements, and manufacturing of defense products.

An “Innovation Policy”
Groups like the Center for Strategic International Studies (CSIS) also see great value in these efforts. “The Covid-19 pandemic has accelerated a reexamination of U.S. supply chain resiliency that began earlier, driven by China’s dominant position in critical sectors like rare earth minerals and its demonstrated willingness to use trade policy as a means of responding to criticism or furthering its foreign policy goals,” writes William Alan Reinsch, senior adviser and Scholl Chair in International Business, CSIS, in an article entitled “Experts React: Assessing the White House 100-Day Supply Chain Review.”

He notes that the 23 recommendations in the report represent “a return to what used to be called industrial policy and might now best be described as innovation policy — a greater role for the government in promoting research in essential areas and, if necessary, promoting either onshore production or the development of secure supply chains based on relationships with trusted partners.”

Reinsch adds that the United States has done this sort of thing well before. If correctly done this time, he says, the result will be more resilient supply chains and a more secure America. He also warns, however, that the recommended “Buy America” and reshoring policies recommended in the report may ultimately make achieving greater supply chain resilience more difficult and more expensive.

WASHINGTON (BLOOMBERG, AFP) - Facebook is facing renewed fury from Washington after reports suggested the company knew, but did not disclose, that its … END_OF_DOCUMENT_TOKEN_TO_BE_REPLACED