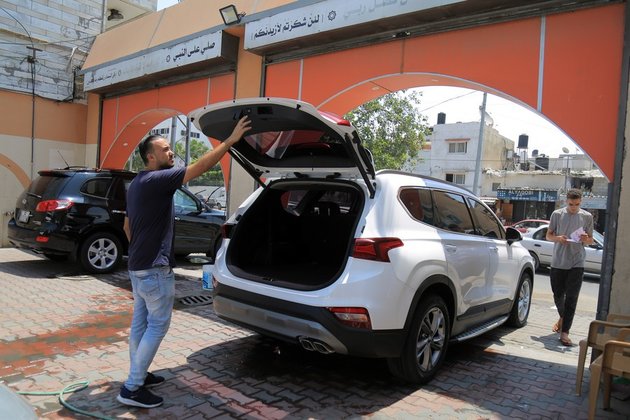 The price of modern-type cars in Gaza has on average hiked between 3,000 to 15,000 dollars while the car sale has declined significantly due to an Israeli ban on importing cars, auto traders said.

GAZA, July 25 (Xinhua) — Palestinian car dealers and customers in the besieged Gaza Strip complain about a “fatal stagnation” in car trading amid an Israeli importing ban.

The Israeli authorities have prevented the entry of imported cars into the strip for nearly three months and show no sign of lifting the ban soon.

Munib Abu Sido, an owner of a car import and export company in Gaza City, told Xinhua that he has never experienced such bad conditions during his 30 years in the business.

“I used to import at least 20 or 30 cars per day through the Erez crossing (like other auto traders), and most of them have been sold to customers before arriving,” the 54-year-old father of five said.

“As you can see, my showroom now contains only 10 cars. I have failed to sell any of them for months,” he added.

What’s worse, he has been forced to pay storage fees to the Israeli authorities for 40 cars, with approximately 5 U.S. dollars for each of them per day.

Meanwhile, vehicle prices have been witnessing a significant increase since imported cars were not allowed to enter the coastal enclave, which makes demand far exceed supply.

The price of modern-type cars in Gaza has on average hiked between 3,000 to 15,000 dollars, according to the traders.

Alaa Badwan, an owner of another car import and export company in Gaza, told Xinhua that the COVID-19 pandemic was another reason for the rapid rise in car prices in Gaza.

“Many car manufacturers, especially the Korean ones, stopped the production for more than a year because of the COVID-19 pandemic,” he said, adding that the cost of transportation has also gone up. 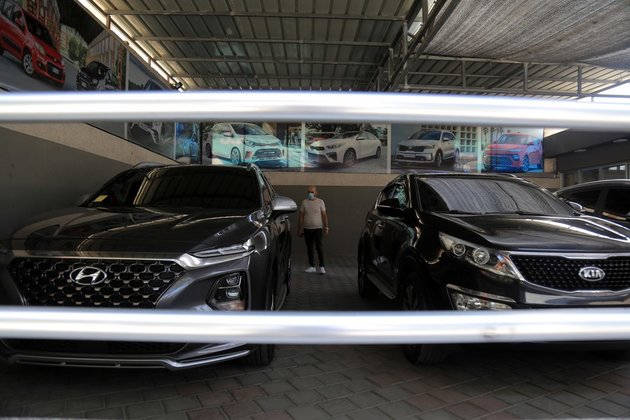 Both Abu Sido and Badwan complained that they still have to pay around 7,000 dollars monthly for the salaries of their employees, and the bills of electricity and water, given the fact that they earn almost “nothing.”

Meanwhile, the car trading crisis in Gaza has prompted a number of citizens to sell their used cars at a higher price than three months ago.

Salah Mohammed, a man from Deir al-Balah City in the central Gaza Strip, sold his old car two months ago and felt lucky to earn around 2,000 dollars. But later, he realized that he could not afford another one anymore.

“I am afraid that I would have to buy a car in installments, which means new debts that I will not be able to pay on time,” Mohammed said.

Israel is imposing economic punishment on Gaza’s residents, according to Khalil al-Zayan, spokesman of the Hamas-run Ministry of Transportation in the Gaza Strip.

“Israel has ended its military war on the strip, but it is still continuing its economic war against all residents here,” the official added.

WASHINGTON (BLOOMBERG, AFP) - Facebook is facing renewed fury from Washington after reports suggested the company knew, but did not disclose, that its … END_OF_DOCUMENT_TOKEN_TO_BE_REPLACED