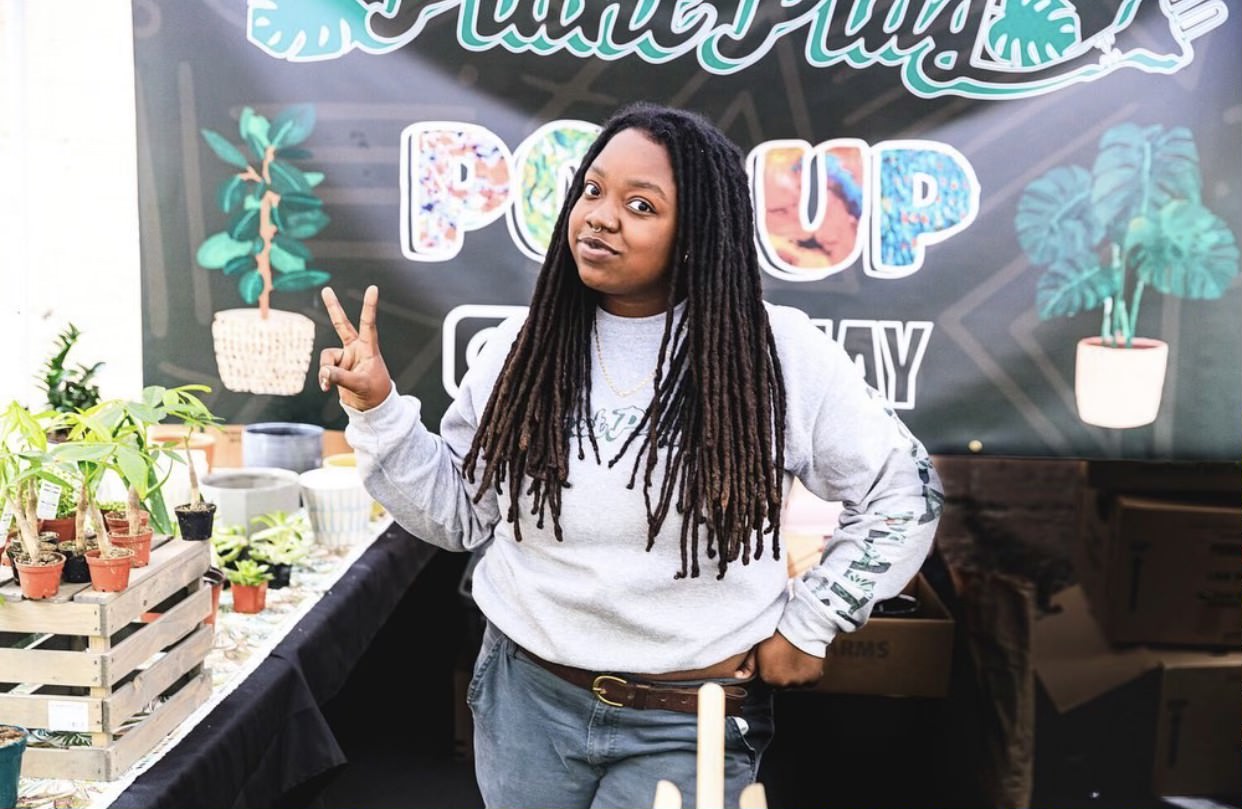 Janay Masters cannot remember a time when she wasn’t surrounded by plants. Growing up in Oakland she would often visit her grandmother’s home, which was always adorned with various kinds of greenery. “I didn’t really pay attention to them at first,” Masters said, “but I got passionate about them because there’s so much to learn from plants. I’m always learning something new.”

Masters leaned into that curiosity and started a pop-up plant business, Lavie Botanicals, in 2019. And when she was furloughed from her regular job as a railroad conductor for Union Pacific in the early days of the pandemic last spring, Masters found herself with more time to focus on the business. She began selling houseplants around Lake Merritt when vending became more popular there last summer, and eventually became a regular at the Grand Lake Farmers Market.

With a steady place to sell her wares, Masters’ attention turned to hosting events with other plant enthusiasts and entrepreneurs with who she’d connected on social media. Cultivating a virtual community of like-minded entrepreneurs, said Masters, has been a silver lining during the pandemic. “It means a lot to me,” she said. “If I hit up Alexander Nurseries—who’s been in the plant business for years—and I don’t know something, he’ll help me out with anything that I need.”

Now, Masters is collaborating with some of those other entrepreneurs to launch a new pop-up, Hella Plants Market, where they’ll sell their plants and plant-based products. Most of the participating vendors have never met each other in person, said Masters, aside from a few who’ve run into each other at local plant nurseries. The market’s name stems from Masters accumulating too many plants over the years. “I always used to tell people, ‘I got hella plants,’” she said.

The first market will take place this Sunday, at a small warehouse on 28th Street near auto row on Broadway and will feature a variety of vendors including Riri’s Plant Oasis, Goddess Meals, and Alexander Nurseries.

Lauren Dupree, a longtime friend of Masters who runs Kamyuun, her new event planning business, has played a major role in helping to organize Hella Plants Market by handling communications with vendors and scouting locations. Dupree, who is also a homeless outreach worker, said she and Masters share a desire to give back to their hometown. “She is very passionate about plants and it works well for us to have an event together centered around health, wellness, and community,” Dupree said.

Planning the market has also brought them closer as friends, according to Dupree. “I realized, ‘Okay we can work well together,’” she said. “We could get irritated with each other and then come back and just be cool.”

The pair hope that Hella Plants Market can attract people from all over Oakland who share their love for nature and community. “I’m trying to make this for everybody,” said Masters. “Let’s all come together through our common interest in plants.”

WASHINGTON (BLOOMBERG, AFP) - Facebook is facing renewed fury from Washington after reports suggested the company knew, but did not disclose, that its … END_OF_DOCUMENT_TOKEN_TO_BE_REPLACED