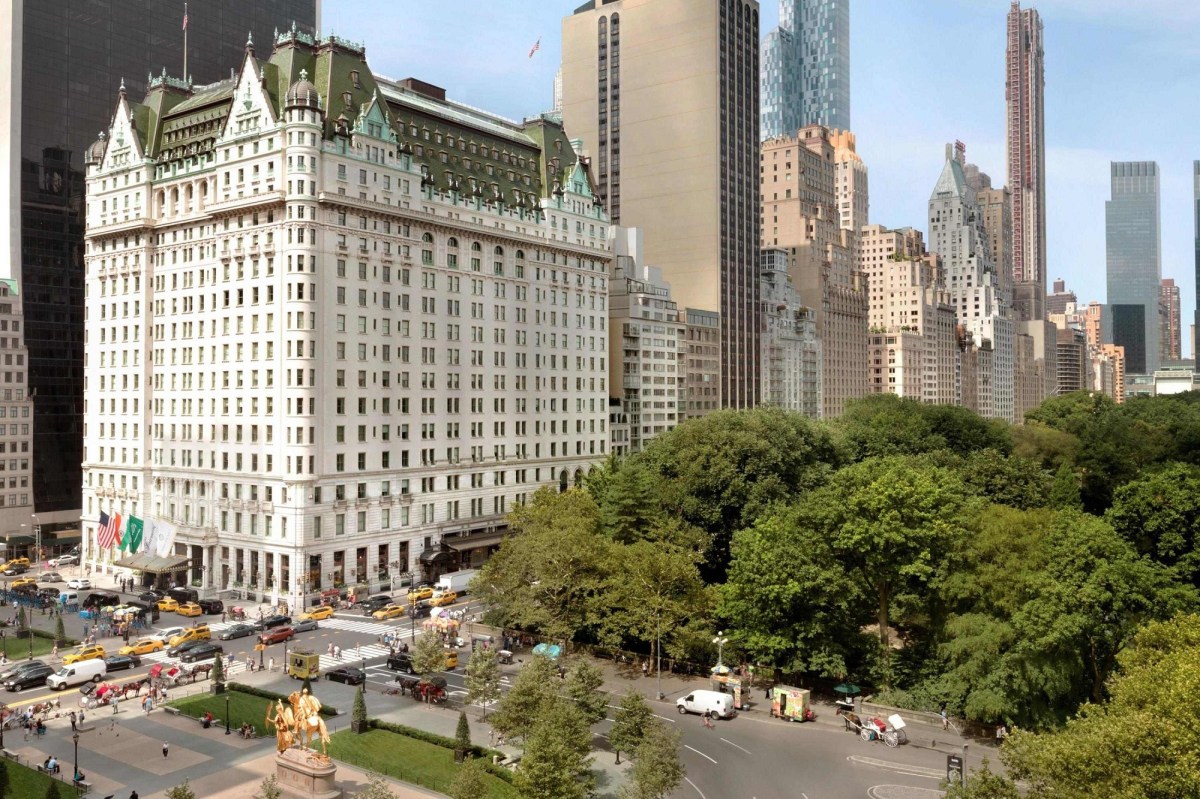 The bellhops are back this summer.

Nearly every hotel in the New York City shut its doors last year. While some of the city’s most iconic rooms for rent — like Rosewood’s tony Carlyle Hotel, as well as the Mark and the Pierre — where quick to reopen (notably the Lotte Palace Hotel never closed), others — like the resplendent St. Regis on Fifth Avenue and the trendy Gramercy Park Hotel — have yet to indicate when New York cans check back in.

Meanwhile the Waldorf Astoria, which is in the midst of condo conversion, was already shuttered, missing the pandemic completely. It won’t reopen until 2023.

The good news for hotel lovers is that most of the Big Apple’s best hotels are dusting off their check-in desks as we speak.

Here is a look inside six of the city’s most prominent hotel reopenings.

You don’t have to wait on the supertall Park Hyatt in the heart of Billionaire’s Row.

April 1 was the magic date for the 210-room, Christian de Portzamparc-designed modern masterpiece, which arrived in NYC back in 2014.

Although no renovations or remodeling (save for enhanced COVID-related cleaning protocols) took place during the 376 days the hotel was closed, general manager Peter Roth told The Post that the reopening “has exceeded all expectations.”

Demand is high and guests are glad to be back, he said, particularly with an enticing array of promotions to choose from — including Night on The Park (the third night is complimentary) and the brand new Picnic in The Park program (which arms guests with a picnic basket and all the fixings for a relaxing time in Central Park).

Occupying the northern half of Time Warner Center and boasting stunning Central Park views, the distinctive Mandarin Oriental also reopened on April 1, citing a positive recovery momentum, elimination of quarantine mandates and an increase in vaccinations as contributing factors.

Susanne Hatje, the 244-room hotel’s GM, points out that the hotel opened its doors to guests at exactly 12:08 pm, “an auspicious time as eight represents fortune, prosperity, and success,” after consulting with the brand’s feng shui master in Hong Kong.

The hotel, accessed via an elevator that takes guests up 280 feet above ground level, “is seeing a surge of requests for leisure bookings such as staycations, family travel and gatherings,” Hatje added.

Nothing about the simple, residential-like facade of this Upper East Side hotel screams $100 million-dollar renovation, but in 2014, when the posh property debuted its new Art Deco interior aesthetic, it subtly yet confidently reasserted itself as one of the city’s most glamorous hotels.

More recently, following 13 months of closure, John Maibach, managing director of the 58-year-old hotel, said it took some time to get the building up and running to their standards before reopening on May 12. Staff were trained on new protocols and cleaning practices in anticipation of busier months to come.

“Like the majority of hotels around us, business levels are currently not what we would expect for this time of year,” admitted Maibach.

But with lifted mandates and Broadway’s return in September, Maibach is optimistic things will heat up.

Like the Park Hyatt, the hotel is offering three nights for the price of two, but beyond that perk, guests can rest assured a stay will include familiar faces, personalized service and a home-away-from home experience, Maibach said.

The world-renowned Plaza Hotel reopened May 20 and the 282-room hotel expects to return to full occupancy by Christmas. That means you better book now if you plan to live out your Kevin McCallister, “Home Alone 2: Lost in New York” fantasies.

But visitors hoping to check out the 1907 hotel’s landmark Palm Court, the vibrant Rose Club or the Todd English food hall will have to wait a little longer, as they remain closed for now.

But if the option for an intimate, private experience with 30 of your closest friends appeals, the Eloise suite would be delighted to host.

Boasting brand new artwork, along with an artist-in-residence program, a female DJ series (Thursdays in June and July on the rooftop), and sustainable amenities, the suave Peninsula hotel reopened on June 1 to fanfare.

The historic 235-room property, housed in a 23-story Beaux-Arts building on Fifth Avenue, promises to double down on its commitment to service, luxury, and sustainability with a number of exciting new initiatives for the brand, according to a press release.

Its Rediscover Manhattan reopening package (daily breakfast, complimentary parking and tickets to an NYC cultural experience such as Top of the Rock and MoMA) has the ability to lure both city staycationers as well as out-of-state tourists.

Room service times are limited for now but will resume to full 24-hour status after Labor Day.

A little less than a year had passed since the iconic Central Park hotel underwent an extensive renovation before closing amid the grip of the pandemic.

With business travel slowly rebounding and domestic travelers eager to travel, general manager Douglas Housley said the hotel’s No. 1 priority was a “commitment to quality and ensuring our guests arrive to a pristine property.”

It’ll be a few months before hotel guests can enjoy the Le Prairie Spa, the gastro-eatery Contour or the lounge (the only five-diamond private club lounge in New York City), but in the meantime, an enhanced room service menu and custom-made cocktails can be enjoyed ensuite.

WASHINGTON (BLOOMBERG, AFP) - Facebook is facing renewed fury from Washington after reports suggested the company knew, but did not disclose, that its … END_OF_DOCUMENT_TOKEN_TO_BE_REPLACED