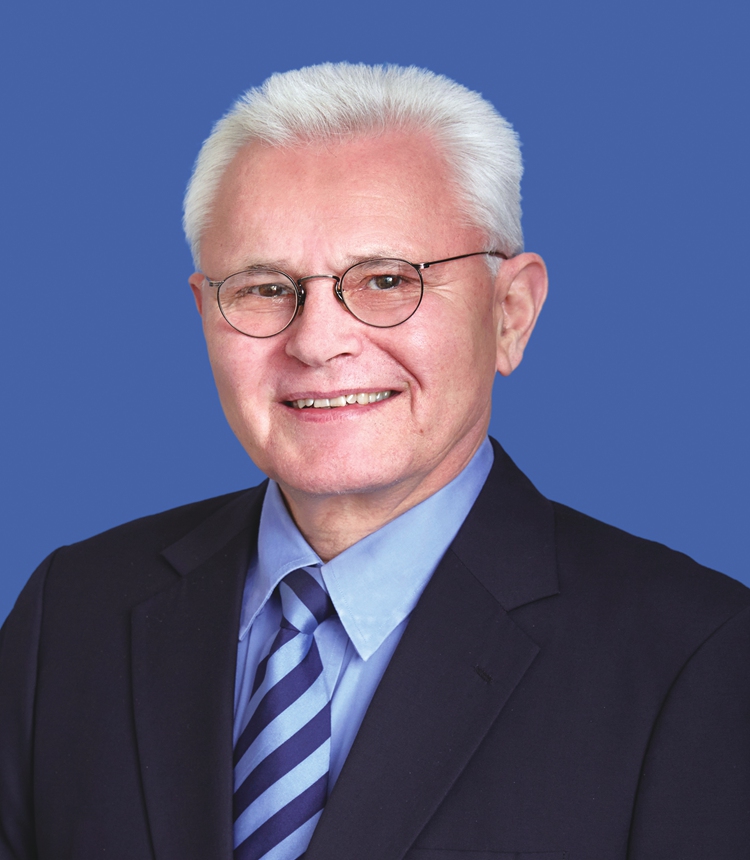 “No alternative to the CPC in terms of people or a party with a program and a vision is known of inside or outside China,” said Carsten Boyer Thøgersen (Thøgersen), a former diplomat with the Ministry of Foreign Affairs of Denmark and the European Commission. How to objectively evaluate the CPC’s role in China’s social progress? Why cannot some Western media outlets and some Western forces separate the CPC from the Chinese people? How will the West’s prejudice of the CPC affect their China policies? Thøgersen shared his views with Global Times (GT) reporters Yu Jincui and Lu Yuanzhi.

GT: You have witnessed China’s reform and opening-up. It was reported that on November 20, 1976, a farmer in Hu county, Shaanxi Province drew a sketch of you, do you still remember the story? Can you tell us the details?

Thøgersen: My first visit to China was in November 1976 as a member of a study group that was invited by the Chinese Friendship Association. Our small study group visited Beijing, Guangzhou, Shaanxi Province and Shanghai. 1976 was a year of big events in China. The first visit to any country gives you a first important impression. I understood that China is a huge country with a large population, a long history and a culture and tradition which is different from Europe. I saw much diversity in China and understood that China had many internal challenges to manage but I saw also an optimism to solve problems. That is true today as well.

In terms of GDP per capita, China was a poor country in 1976. Still, China’s economic and social development since 1949 had been enormous. That helps to understand how backward China was in 1949.

I was impressed by our meeting with Wang Bingnan, head of the Chinese Friendship Association. Wang, a high-level diplomat and former assistant to late premier Zhou Enlai, explained events in 1976 including the arrest of the Gang of Four. He used the Chinese proverb, “The horse is measured by the distance it can cover. Time will tell the character of a person.”

The peasant painters in Hu county, Shaanxi Province became well-known internationally in the mid 1970s with exhibitions in Paris, Copenhagen and other European cities. Our study group visited the painters’ village which had a lot of cultural activities. I still have the drawing which one peasant painter made of me.

GT: How do you view China’s poverty alleviation work over the past years? What changes have you observed in China’s rural areas?

Thøgersen: Over the last 45 years, I have travelled extensively in all Chinese provinces and regions. The changes – not the least in China’s rural areas – are massive. Over a period of 40 years, Chinese people of my age have seen for themselves a social and economic development which it took more than 100 years to carry through in European countries. For example, when I visited Gansu Province 30 years ago, Gansu was a poor province. Seven years ago when I visited Baiyin city in Gansu, I found that the new supermarket in the city center was just as well-assorted as any Danish supermarket. I was surprised and impressed. Poverty alleviation is continuing in China with its huge population. Probably, not many people in the West comprehend how much livelihood has increased in China over the last 40 years and that economic development also includes rural areas.

GT: Some Western countries have tried to separate the CPC from the Chinese people. Based on your work and living experience in China, is such an attempt divorced from reality？

Thøgersen: Until around 2015, Western media rarely distinguished between the CPC and China and would report about “China’s new policy is this and that, China has decided, China has agreed, China has proposed etc.” Then some Western commentators on Chinese politics started to label China’s official policies as CPC policies. Of course, this is correct. The CPC is the ruling party  in China. But the use of the CPC instead of China implied that policies and social practices mentioned were only the view of one party, not the view of the Chinese people as such, suggesting other views existed and were censured. Over the last few years, some Western media are calling many traditional and everyday Chinese activities for CPC policies, and I wonder when we shall start talking about CPC silk, CPC tea and CPC porcelain.

I find it extraordinary that some Western media and political circles do not recognize the legitimacy of China’s government representing 18 percent of the world’s population. No alternative to the CPC in terms of people or a party with a program and a vision is known of inside or outside China. I find that the narrative of the CPC being something different from China today and separated from the Chinese people is not based upon facts.

GT: China has adopted an open attitude toward and learned from Western society during its reform and opening-up. Do you think Western society can have an ideological emancipation to objectively view China’s political system?

Thøgersen: China’s cultural ability to learn from foreign cultures and adopt foreign practices useful for China has supported China’s fast economic development over the last 40 years. I believe we Europeans, too, have been able to learn from non-European including Chinese practices which we have found useful. However, this does not – as of today – include accepting China’s political system.

GT: Former US secretary of state Mike Pompeo labeled the CPC as the central threat of our times. You said the US shouldn’t confront China simply because China has a large population, a strong economy and a resolution to improve people’s livelihood. Such a policy won’t work. Why did you make such a suggestion for US policymakers?

The rational and long-term perspective dictates a US policy of negotiation and cooperation with China. But perhaps American patriotism and populism today do not allow for such an opportunity. Pompeo’s statement about the CPC, I see foremost as an internal US issue, addressed to a US audience.

GT: How do you see Western countries including the US playing Xinjiang, Tibet, Taiwan and Hong Kong cards against China? They hope to use those cards to contain China’s development, but all those regions have maintained stable development.

Thøgersen: The US criticism of China is not so much focused upon China’s international activities but rather focused on China’s internal affairs, in particular regions such as Xinjiang, Tibet, Hong Kong and Taiwan. These regions have their own specific challenges. Tomorrow, other Chinese regions may have specific challenges. But it is China’s internal affairs. China’s government is addressing and managing these challenges and asks the US and other countries to respect China’s sovereignty, China’s national borders and China’s political system. In Europe, Brexit is not an easy problem. Brexit is a real and sensitive issue involving the EU and UK. China has no comments. If China did interfere, it would not be welcomed in Europe. Obviously, the US should stay away from other countries’ internal issues.

GT: What do you think of the recent series of offensives launched by the US against China over the origins of the coronavirus? Singaporean political scientist Kishore Mahbubani stressed that scientific evidence is best left to the scientists and “the US should declare that it is willing to allow WHO teams to access any facilities in the US.” Could you please share your view on this issue?

Thøgersen: The COVID-19 pandemic is a huge challenge to the whole world. Only genuine and full international cooperation based upon strict scientific evidence and research can solve this challenge. History’s verdict of short-term geopolitics profiting on the issue of the pandemic will be negative.

In respect to the US and the present US administration, neither COVID-19 nor China is the focus. The focus is internal American politics and the internal American conflict between the country’s two major parties and their fight for control of the executive power in the US.

From 2015, US reports started to criticize Confucius Institutes for subversive activities. Evidence of Chinese attempts to influence a foreign host university was never documented. Over the last five years, confrontational policies have reduced the number of Confucius Institutes in the West. This is a lost opportunity for Western students to study Chinese language and learn about traditional Chinese culture. China invited for cultural education and exchange, but confrontation disinvited the Confucius Institutes.

Thøgersen: I have worked 25 years as a Danish and EU diplomat, most of the time posted in China. My job was to promote Danish and European interests vis-à-vis China. You do that through cooperation with Chinese partners, through negotiations, sometimes through hard and difficult negotiations. But No.1, to be successful as a European diplomat you need to have an intimate knowledge about China, and you need to have a friendly and professional cooperation with your Chinese negotiation partners. If you are misinformed about China, reading distorted reports, you will not do a good job as a diplomat and you will not serve your own country well.

The US government is accusing China of genocide in Xinjiang. Recently, a former high-level European diplomat said to me, “Mass murder is an extremely serious accusation. In this case it is made without any documentation. Now some European governments and politicians support the US government and they are not even asking for a simple documentation.”

GT: Chinese people often talk about Danish fairy tales and football. As a veteran diplomat, what are your views on China-Denmark relations?

Thøgersen: Commercial relations between Denmark and China have always been strong and go back to the Canton System (trade in one harbor only) in the 18th century when Denmark was one of the only 13 countries to operate warehouses and offices in Guangzhou, the so-called factories. In 1881, China’s government asked the Danish Great Northern Telegraph Company to assist China promoting the use of telegraph services by setting up in-land telegraph lines and train Chinese telegraphic personnel. Great Northern remained an important foreign company in China until the 1950s.

In 1950, Denmark was one of the first Western countries to establish diplomatic relations with the People’s Republic of China.

After 1949, East Asiatic Company promoted Danish-Chinese trade and since the 1990s other large Danish companies have maintained an important position at the Chinese market, including Maersk, Novo Nordic, Danfoss, Grundfos, Carlsberg and Bestseller. Maybe it was easier for companies from Denmark, a small and friendly country far away from China, to acquire strong and often strategic positions at the Chinese market.

In 2008, Denmark and China established a comprehensive strategic partnership to accelerate bilateral relations and in 2017 the two countries decided to jointly launch a wide-ranging Denmark-China Joint Work Program (2017-2020).

Open and regulated international trade has always been crucial to Denmark. The on-going confrontation between the US and China is a challenge to Denmark. Although Denmark is a member of the European Union, Denmark is still a small country which depends on a peaceful international atmosphere.

WASHINGTON (BLOOMBERG, AFP) - Facebook is facing renewed fury from Washington after reports suggested the company knew, but did not disclose, that its … END_OF_DOCUMENT_TOKEN_TO_BE_REPLACED