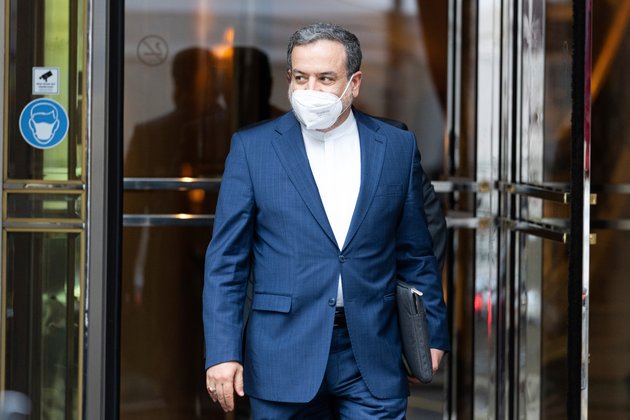 PARIS – Negotiators for Iran and six world powers will on Sunday adjourn talks on reviving their 2015 nuclear deal and return to respective capitals for consultations as remaining differences cannot be easily overcome, Iran’s delegation chief said.

“We are now closer than ever to an agreement but the distance that exists between us and an agreement remains and bridging it is not an easy job,” Abbas Araqchi told Iranian state TV from Vienna. “We will return to Tehran tonight.”

It was unclear when formal negotiations would resume.

A hardliner, Ebrahim Raisi, secured victory in Iran’s presidential election on Friday, replacing pragmatist Hassan Rouhani. But this is not likely to disrupt Iran’s effort under Supreme Leader Ayatollah Ali Khamenei, who has final say on all major policy, to rebuild the nuclear pact and break free of tough U.S. oil and financial sanctions.

Negotiations have been going on in Vienna since April to iron out steps Iran and the United States must take on nuclear activities and sanctions to return to full compliance with the nuclear pact. Washington bolted from the deal in 2018 and reimposed sanctions on Tehran.

“Bridging the gaps requires decisions that mainly the other party [Washington] has to take. I hope in the next round we will travel this short distance – albeit a difficult one,” Araqchi said.

The Islamic Republic’s arch-enemy, Israel, on Sunday condemned Raisi’s election and said it would be a “regime of brutal hangmen” with which world powers should not negotiate a new nuclear deal.

“(His) election is, I would say, the last chance for world powers to wake up before returning to the nuclear agreement, and understand who they are doing business with,” Israeli Prime Minister Naftali Bennett said in a statement.

Raisi has never publicly addressed allegations around his role in what the United States and human rights groups have called the extrajudicial executions of thousands of political prisoners in 1988.

Bennett, a nationalist atop a cross-partisan coalition, has hewed to the opposition of conservative predecessor Benjamin Netanyahu to the nuclear deal, whose caps on projects with atomic bomb-making potential Israel deemed too lenient.

(The Center Square) – A federal judge has ruled Union City farmer Robert Holman’s lawsuit against the U.S. Department of Agriculture over COVID-19 … END_OF_DOCUMENT_TOKEN_TO_BE_REPLACED