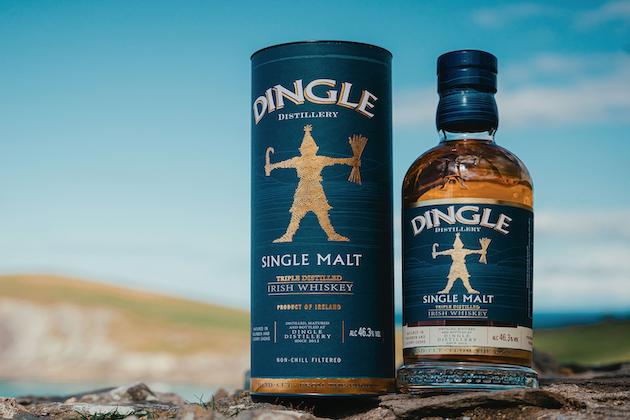 DINGLE, Ireland: A new Irish whiskey is being introduced for local and international consumption.

Ireland’s Dingle Distillery has announced it will sell its first core Irish whiskey, named the Dingle Single Malt. Unlike other whiskeys, the new whiskey is made entirely with its own spirit.

In the first run, more than 50,000 bottles of the Dingle Single Malt have been bottled. Plans call for manufacturing a half million bottles by 2023.

For whiskey aficionados, the distillery state that the Dingle Single Malt is matured in 61 percent PX Sherry and 39 percent bourbon first fill casks, and made up of six to seven-year-old spirit.

Officials note that every element of the production is manual. The distillery’s water source is its own well, 240 meters below ground.

The new whiskey has tested at 92.6 proof.

“‘We are one of few distilleries in Ireland solely producing our own spirit we don’t buy from or sell to other distilleries. When a customer buys from Dingle, they do so with the reassurance that the spirit is 100 percent Dingle,” said Elliot Hughes, managing director at Dingle Distillery.

WASHINGTON (BLOOMBERG, AFP) - Facebook is facing renewed fury from Washington after reports suggested the company knew, but did not disclose, that its … END_OF_DOCUMENT_TOKEN_TO_BE_REPLACED