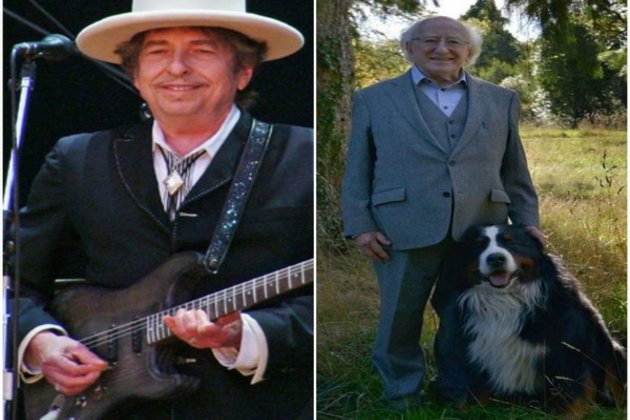 In the letter, which was posted on President of Ireland’s official Twitter handle, Higgins referenced the poem ‘Michael’ by William Wordsworth, which focuses on the rural life of an older shepherd.

Higgins wrote, “As one 80-year-old to another, and as one poet to another, I felt I should share with you my view that the best poem on an 80-year-old is William Wordsworth’s poem Michael, which deals with the consequences of the enclosures in England in the 18th century, and their making of a working-class of men, women and children for the factory system at the cost of intimate rural life. I feel it’s a beautiful work and would love sometime to talk to you about it.”Writing about Dylan’s style of music, he added, “In 2016, I said of you: ‘Bob Dylan’s linking of the American folk tradition to moral, economic and political challenges has been a significant achievement and the appeal of his music has been inter-generational.””His lyrics, with their rhythms, have linked followers of country, jazz and rock to counter-cultural and politically engaged movements. In doing this, he has narrowed the space between the poetic, the musical and the political.’ My opinion hasn’t changed,” Higgins concluded the letter.

Often regarded as one of the greatest songwriters of all time, Dylan has been a major figure in popular culture during his career span. Much of his most celebrated work dates from the 1960s when songs such as ‘Blowin’ in the Wind’ (1963) and ‘The Times They Are a-Changin’ (1964) became anthems for the civil rights and anti-war movements.

His lyrics during this period incorporated a range of political, social, philosophical, and literary influences, defying pop music conventions and appealing to the burgeoning counterculture.

One of the major figures of the folk and pop music movement in the United States, Dylan is not just a singer or songwriter, he is an institution in himself. With a career spanning nearly six decades, Dylan has been the darling of generations of music lovers. (ANI)

WASHINGTON (BLOOMBERG, AFP) - Facebook is facing renewed fury from Washington after reports suggested the company knew, but did not disclose, that its … END_OF_DOCUMENT_TOKEN_TO_BE_REPLACED