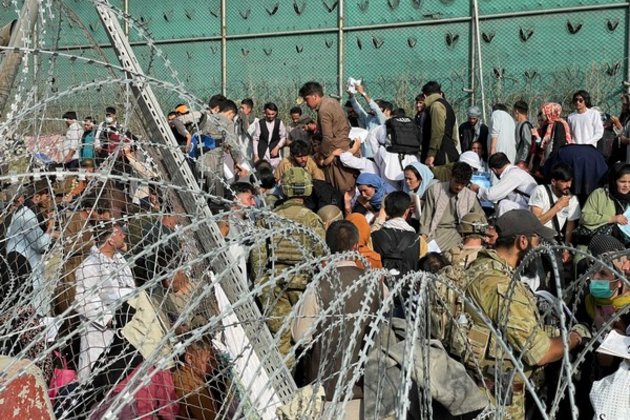 Doha [Qatar], August 28 (ANI): Twenty years of military action by the United States and its international partners aimed at stamping out terrorism have exacted major tolls on Al Qaeda and the Islamic State, but the Kabul airport blast shows that it can still wreak havoc.

Ben Hubbard, Eric Schmitt and Matthew Rosenberg, writing in The New York Times said that the Kabul airport terror attack demonstrated that they remain a threat.

On Thursday, a suicide bomber and multiple Islamic State – Khorasan (ISIS-K) gunmen killed 13 US service members and at least 169 Afghan civilians in the attack at the Kabul airport.

“I can’t tell you how upsetting and depressing this is,” said Saad Mohseni, the owner of Tolo, one of Afghanistan’s most popular television channels. “It feels like it’s back to business as usual — more bombings, more attacks, except that now we’re going to have to deal with it all under a Taliban regime.”But both groups have proved able to adapt, terrorism experts say, evolving into more diffuse organizations that continually seek out new global trouble spots to take root and put their violent extremism into action.

The terror attack near the Kabul airport underscored the devastating power these groups still have to inflict mass casualties in spite of the American effort. And they raised haunting questions about whether the Taliban can live up to the central promise they made when the Trump administration agreed in early 2020 to withdraw American forces from the country — that Afghanistan would no longer be a staging ground for attacks against the United States and its allies, said Hubbard, Schmitt and Rosenberg.

The Taliban’s lightning takeover of the country hardly assures that all militants in Afghanistan are under their control. On the contrary, the Islamic State affiliate in Afghanistan ISIS-K is a bitter, albeit much smaller, rival that has carried out dozens of attacks in Afghanistan this year against civilians, officials and the Taliban themselves, reported The New York Times.

In the months before American forces withdrew, some 8,000 to 10,000 jihadi fighters from Central Asia, the North Caucasus region of Russia, Pakistan and the Xinjiang region in western China poured into Afghanistan, a United Nations report concluded in June. Most are associated with the Taliban or Al Qaeda, which are closely linked.

But others are allied with ISIS-K, presenting a major challenge to the stability and security the Taliban promise to provide for the country. Created six years ago by disaffected Pakistani Taliban fighters, ISIS-K has vastly increased the pace of its attacks this year, the UN report said.

While terrorism experts doubt that ISIS fighters in Afghanistan have the capacity to mount large-scale attacks against the West, many say that the Islamic State is now more dangerous, in more parts of the world than Al Qaeda, said Hubbard, Schmitt and Rosenberg.

The history of the Islamic State shows how difficult it can be to shut down and contain terrorist networks. The group began after the American invasion of Iraq in 2003 as a branch of Al Qaeda but later broke away, establishing a so-called caliphate, an Islamic theocracy, in large parts of Iraq and Syria that at its peak was the size of Britain, added Hubbard, Schmitt and Rosenberg.

The group’s extremist vision for global expansion, extensive use of social media and cinematic violence drew in fighters from around the world, inspiring deadly attacks in Arab, European and American cities, and spurring the United States to form an international coalition to combat it, reported The New York Times.

Meanwhile, Al Qaeda has changed substantially as well since Osama bin Laden oversaw the organization and spread his views via videotaped statements delivered to television stations.

It, too, established affiliates, in Yemen, Iraq, Syria and parts of Africa and Asia, some of which modified, or even discarded, the group’s ideology in pursuit of local goals. The group’s current leader, Ayman al-Zawahri, is elderly and believed to be ailing and living somewhere in Afghanistan, after failing to match Bin Laden’s stature among Islamic radicals, reported The New York Times.

In general, Al Qaeda did not maintain the same operational control over its affiliates as the Islamic State did, which may have given the latter advantage, said Hassan Hassan, the co-author of a book about the Islamic State and the editor in chief of Newlines Magazine.

ISIS also terrified cities around the world with its call for so-called lone-wolf attacks, in which a jihadist with no orders from the group’s commanders would record a video pledging allegiance to the group’s leader and then carry out atrocities. The central group would then publicize and support the attacks.

The two groups remain bitter foes, compete for recruits and financing and have fought directly against each other, in Afghanistan, Syria and elsewhere.

Afghanistan could now become their primary battlefield, as the United States withdraws its troops and the Taliban extend their control, said Hubbard, Schmitt and Rosenberg. (ANI)

WASHINGTON (BLOOMBERG, AFP) - Facebook is facing renewed fury from Washington after reports suggested the company knew, but did not disclose, that its … END_OF_DOCUMENT_TOKEN_TO_BE_REPLACED