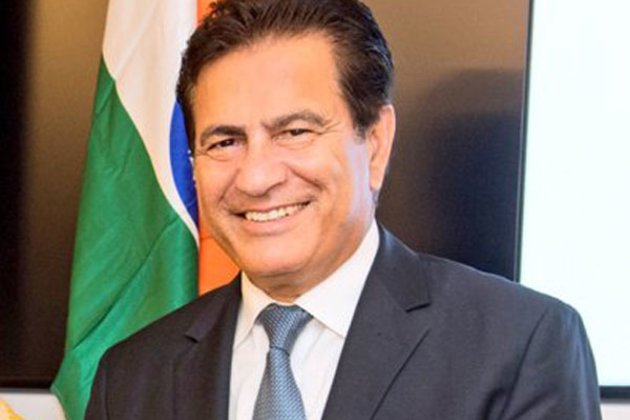 By Reena Bhardwaj Washington [US], May 29 (ANI): Foreign Minister (EAM) S Jaishankar and US corporate leaders spoke about how to increase investment, create more jobs and transfer technology, said Friday (local time) , the head of the Forum of the Strategic Partnership for Cooperation between the United States and India, Mukesh Aghi.

In an exclusive interview with ANI, Mukesh Aghi said, there was no discussion at the meeting about the COVID-19 vaccine.

“The result of this meeting was that the commitment of American companies to India with India has become much stronger during this COVID-19 crisis. They have their own employees, but if you look the contribution they made is not specific to the employees of their company, but rather to India itself, ”he said.

Aghi also said interest in investment and growth still continues, as FDI investment in India by U.S. companies increases by 20%, compared to last year. So overall, the feeling was strong, they talked about how to increase investment and create more job transfer technology.

Speaking about the COVID-19 vaccine, he said, “I don’t think the vaccine was discussed at the closed-door meeting we had. But when we talk to people like Pfizer Modern Johnson and Johnson, they’re in discussion with the government. India to see how they can supply this vaccine to India “. He further stated that Johnson and Johnson, under the QUAD partnership, have agreed to manufacture one billion doses of their vaccine in collaboration with Bio E and that it will be distributed throughout the Indo Pacific region itself. , while Moderna and Pfizer are a much more complex mRNA technology, which is difficult to transfer because you don’t have the equipment, you don’t have the manufacturer’s workforce, so they focus on expanding the capacity and I think if we look at Pfizer it will have the capacity of 1.2 billion doses this year, and next year they will exceed 2 billion doses and they plan to export them right now to the rest of the world. ”Speaking of companies Aghi said that there were pharmaceutical companies like Abbott and Merck, and that there was also a diverse group of companies, geopolitical leaders strategic thinkers to have a much broader discussion. a closed-door meeting, but the meeting was very positive and a strong feeling arose about India.

Highlighting the challenges of COVID-19, he said Indian and American companies are facing challenges to get back to business normally or to be able to get their manufacturing to move their services from India to the rest of the world. world.

Explaining that Atmanirbhar Bharat is not miscalculated, he said that “India supplies 40% of generic medicines to the US, but 70% matter is China’s API. There is a risk factor. And then when we go to start supplying concentrated oxygen to India initially, we had challenges. ” He further stated that “All vaccines sent go under the name Indian Red Cross, Indian Red Cross. They distribute them to the states. And then we get Deloitte, which is our audit partner. They give us feedback, in what state goes and how it is distributed, so there is a very transparent process. “” One of the messages we have given to the government of India is that it compares manufacturing in India and China., in relation to costs. “Labor costs in electricity are at the same level. But somehow, India’s manufacturing is 20% higher, because the logistics cost is higher,” he added. (ANI)

Dive Brief: McDonald's CEO Chris Kempczinski said at the CNBC Evolve Global Summit Wednesday "there's no doubt that $7.25 in this day and age is not … END_OF_DOCUMENT_TOKEN_TO_BE_REPLACED