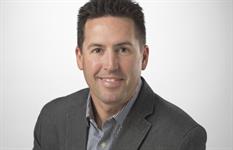 CHICAGO: Grubhub has hired Dave Tovar as SVP of communications and government relations.

Tovar started in the role on August 2 and reports to Grubhub CEO Adam DeWitt. He is based in Grubhub’s Chicago office.

In the role, he will lead the company’s comms and government relations functions. Tovar said in a statement that he will help Grubhub to drive growth, position the brand with key stakeholders and create shareholder value.

“I am the head of comms and government relations,” said Tovar via email. “My predecessor was Devry Boughner Vorwerk. We didn’t overlap.”

Grubhub has also promoted Amy Healy to VP of government relations; and Katie Norris to director of communications. Healy, Norris and senior manager of comms Natalie Gerke report to Tovar.

Most recently, Tovar was the chief U.S. corporate relations officer for McDonald’s, where he was responsible for strategic communications and government relations oversight for the fast food company’s entire U.S. business. Tovar started working at McDonald’s in July 2019.

Before McDonald’s, Tovar led communications for Sprint as SVP of corporate communications. Earlier in his career, Tovar worked at Walmart for eight years, most recently as comms VP. He was a PRWeek 40 Under 40 honoree in 2013.

According to a lawsuit by Massachusetts Attorney General Maura Healey, Grubhub has allegedly been overcharging restaurants for its delivery services amid the COVID-19 pandemic.

WASHINGTON (BLOOMBERG, AFP) - Facebook is facing renewed fury from Washington after reports suggested the company knew, but did not disclose, that its … END_OF_DOCUMENT_TOKEN_TO_BE_REPLACED