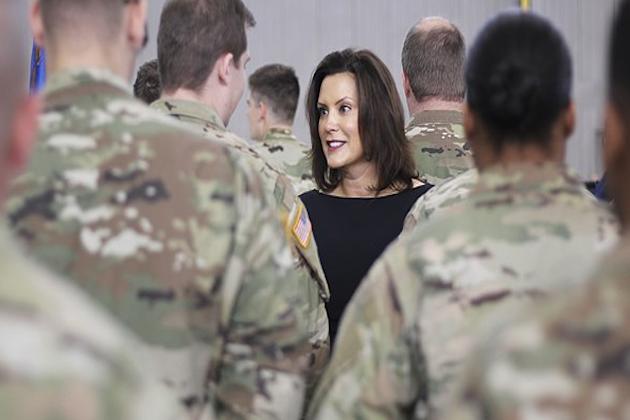 Garbin, who also agreed to testify against five other accused extremists who are members of the Wolverine Watchmen militia, was the first conspirator to be convicted in the plot.

More than a dozen men were charged by state and federal courts since the FBI announced the existence of the conspiracy.

Although prosecutors demanded a nine-year prison sentence for Garbin, an airplane mechanic who has no criminal record, U.S. District Judge Robert Jonker in Grand Rapids sentenced him to six years, three months in prison on Wednesday.

At the hearing, Garbin apologized to Whitmer, telling the judge, “I never realized what my actions would have caused to her and her family.”

US Attorney Andrew Birge said, in January, that Garbin submitted a guilty plea to a federal kidnapping conspiracy charge, and agreed to testify against five others arrested and charged by federal authorities last October.

Another eight men, also members or associates of the Wolverine Watchmen, were charged with domestic terrorism by the Michigan State Court, prosecutors said.

The suspects plotted to kidnap Whitmer, in retribution for the wide-ranging public health orders she put in place to combat the COVID-19 pandemic, including limits on social movement and business operations, prosecutors added.

In his plea agreement, Garbin claimed one of the plot’s ringleaders, a man named Fox, said “He wanted to recruit 200 people to storm the Michigan Capitol, try any politicians they caught for ‘treason,’ and execute them by hanging on live television,” during a meeting in June 2020.

WASHINGTON (BLOOMBERG, AFP) - Facebook is facing renewed fury from Washington after reports suggested the company knew, but did not disclose, that its … END_OF_DOCUMENT_TOKEN_TO_BE_REPLACED