She offered the kitchen as an opportunity for an entrepreneur to make their own money. Now, the Port Huron bar provides all the equipment and Legacies XXI operates it.

“We’re giving them an opportunity to start their business,” Skrip said.

On July 5, new family-run kitchen Legacies XXI had a grand opening at the bar at 1951 Water St.

It’s a business partnership, with Legacies XXI getting 100% of the food sales and basically leasing out the kitchen, said Marysville resident Andrea Farnsworth of Legacies XXI.

“They need food in here,” she said. “And we need drinks, so it works.”

Although Captain Skrip’s Office is open 11 a.m. to midnight every day, Legacies XXI’s hours are 4 to 9 p.m. Monday through Thursday and 4 p.m. to midnight Friday and Saturday.

Until the kitchen is open the bar serves snacks like chips, but once Legacies XXI gets there, menu items include:

Goodrich described the food as “definitely American-style.” Captain Skrip’s Office had similar menu items, but McGhee said they have their own twist.

McGhee said they’re building on quality, trying to have all fresh ingredients and they make their own cocktail sauce, tartar sauce, and more.

The men are going to be working at another restaurant in Harrison Township while working at this one, hence the later hours, but they’re up for the challenge.

Goodrich said he’s wanted to cook since he was 6 years old, when his grandma had him on a chair so he could reach the stovetop. He loves the faces people make when they bite into the food he’s made and love it.

“It’s always been a passion of mine to open something of my own,” he said.

Legacies XXI, which is the Roman numeral for 21, is the men putting their passions together. McGhee said he was 21 when he opened his first business, a barber shop, and he wants to try and create a legacy for his kids.

Moving forward, McGhee wants to get a smoker to start doing ribs and the goal is to eventually buy a building for the business. He said they’ll start with a food truck to get more advertising for the restaurant and build from there.

Goodrich said they’d like to grow to eventually have 10 to 15 locations across the country.

Farnsworth said if people are smart, the area will start to see more business partnerships like this.

Trying to find people to work is hard right now and Legacies XXI is working for themselves, so they make sure it’s quality, she said.

Skrip, also an Army veteran, said customers were “excited to see life back in the kitchen” when Legacies XXI started offering food.

“it’s good, their wings are phenomenal,” she said.

She said they need another good restaurant in that part of town as hungry hotel guests will come from nearby. She’s hoping business picks up and the entrepreneurs can quit their day jobs to spend more time there.

They didn’t sign a contract, but the businesses have a verbal agreement for Legacies XXI to operate the kitchen for six months. If there isn’t interest to continue the partnership after that, they can part ways.

“But we’re hoping it works,” Skrip said. “And they’re welcome to stay as long as they want.”

Tech giant Apple must face a patent infringement lawsuit alleging that it cribbed heart rate sensor technology for the Apple Watch, the US Court of … END_OF_DOCUMENT_TOKEN_TO_BE_REPLACED 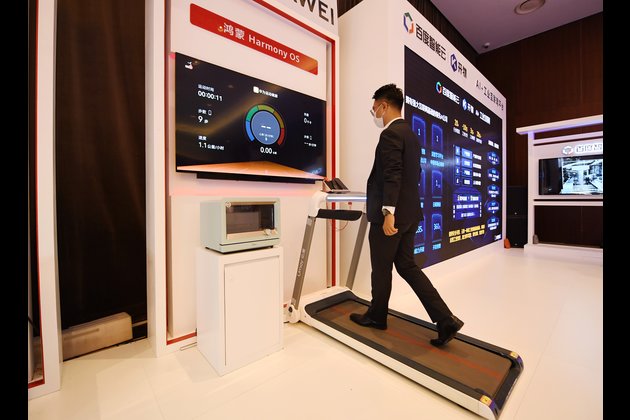 © Provided by Xinhua BEIJING, Aug. 4 (Xinhua) -- Putting on a helmet and sitting in front of several big screens, you are able to experience the … END_OF_DOCUMENT_TOKEN_TO_BE_REPLACED