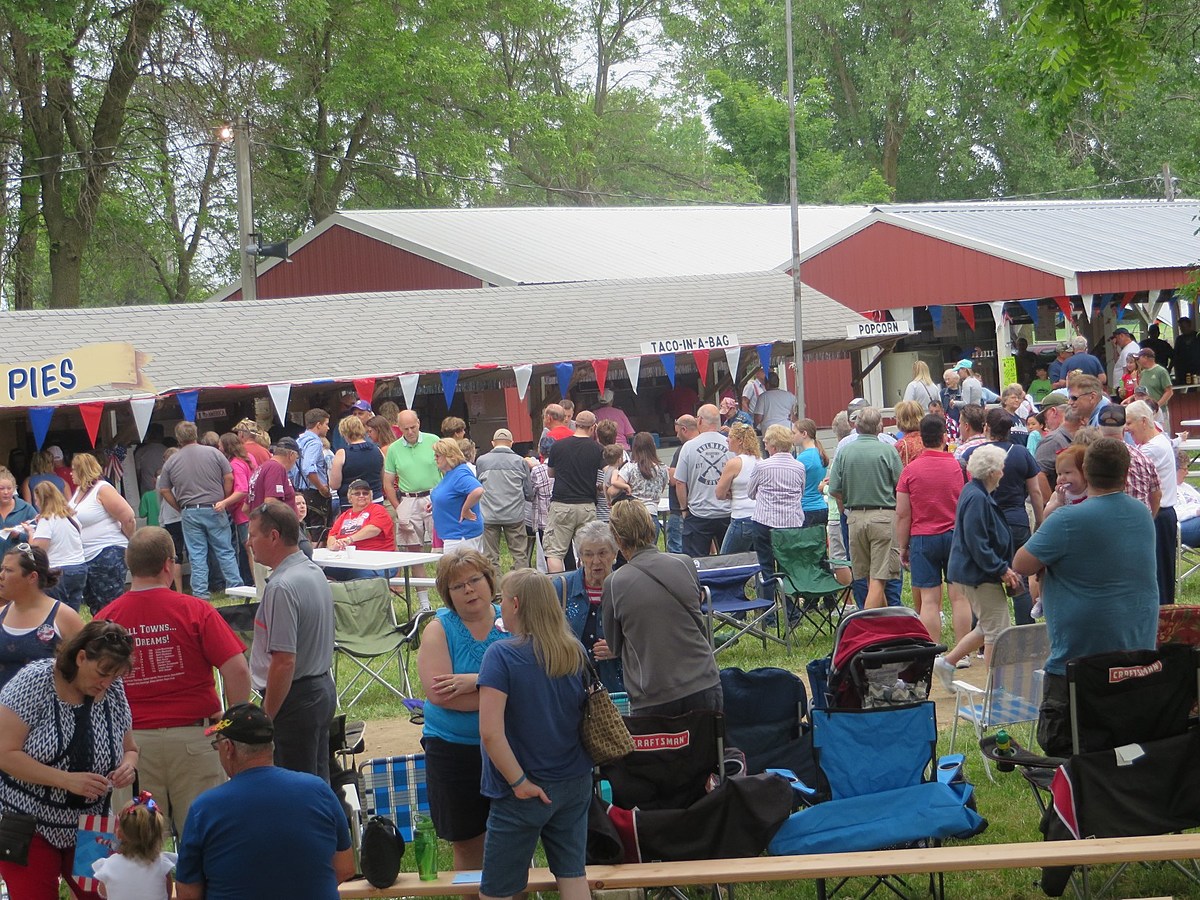 The broadcast is sponsored by Saemrow Dairy, Ed and Bev Schmidtke and Melchert Farms all from the Morristown area.

North Morristown Commercial Club President Andrew Wagner told KDHL on Thursday’s AM Minnesota program the only request he made of Senator Jasinski is not to mention COVID-19.

The Patriotic Program follows the Parade which starts at 10:00 a.m.  Grand Marshals are Helen and Peter Bunge.  A cannon will be shot off to start the day with stands and games beginning 9:00 a.m.  Flag raising is scheduled for 9:45 a.m.

There was no event a year ago.  Wagner says the event was held through the 1918 pandemic, WWI and WWII. North Morristown organizers chose not to include last year to their number of celebrations so this is the 128th Annual observance when in fact it started 129 years ago in 1892.

The forecast is calling for hot weather but it won’t be the first time we’ve experienced hot weather on the 4th of July.

There are plenty of fluids to purchase on the church grounds.  No food and alcoholic beverages are allowed to be brought onto the grounds.  This is a fundraiser for Trinity Lutheran School in North Morristown.

You can listen to the AM Minnesota program with Andrew Wagner and his daughter Molly below.

Fireworks will also be displayed in Faribault this year on the Rice County Fairgrounds on Sunday, July 4, 2021.  They will be shot from the infield of the Grandstand.  There is plenty of parking on the grounds south of the location.

For safe shooting people need to be kept at least 400 feet from the shooting area so that will be marked off.

In the past they were shot from South Alexander Park but the change was made last year because the Fairgrounds will be a safer location.

WASHINGTON (BLOOMBERG, AFP) - Facebook is facing renewed fury from Washington after reports suggested the company knew, but did not disclose, that its … END_OF_DOCUMENT_TOKEN_TO_BE_REPLACED