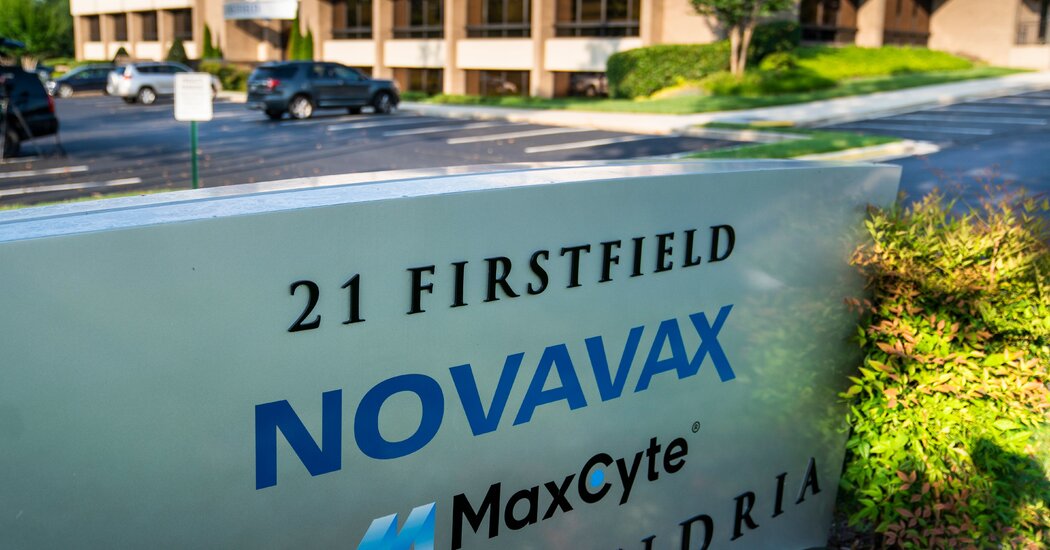 WASHINGTON — Novavax, the Maryland firm that won a $1.75 billion federal contract to develop and produce a coronavirus vaccine, said on Thursday that the federal government would not fund further production of its vaccine until the company resolves concerns of federal regulators about its work.

The firm’s disclosure came in a quarterly filing with the Securities and Exchange Commission. The Trump administration agreed to buy 110 million doses of vaccine from Novavax as part of its crash vaccine development program.

Although the company reported in June that its vaccine had an efficacy of 90 percent against symptomatic Covid-19 cases, and 100 percent against severe disease, Novavax has struggled for months to mass manufacture its product. Its vaccine has not been authorized for distribution in the United States, and federal officials said it is unclear when or if it will be.

Four people familiar with Novavax’s operation said the company had been unable so far to demonstrate that its production process met Food and Drug Administration standards. They spoke on the condition of anonymity to discuss sensitive contracting issues.

In its S.E.C. filing on Thursday, Novavax said: “The U.S. government has recently instructed the company to prioritize alignment with the U.S. Food and Drug Administration on the company’s analytic methods before conducting additional U.S. manufacturing and further indicated that the U.S. government will not fund additional U.S. manufacturing until such agreement has been made.”

An official for the Department of Health and Human Services, which oversees Novavax’s federal contract, said the government wanted the company to strengthen its testing and quality control operation. The official spoke on the condition of anonymity to discuss confidential negotiations with the firm.

Novavax said in a statement that the federal government continued to fund other work it had underway, including clinical trials. “We do not expect any impact on our funding arrangement with the U.S. government to support overall development and production of 110 million doses of our vaccine candidate,” the firm said.

The company’s manufacturing problems come on top of production failures at a federally funded vaccine-making factory in Baltimore operated by Emergent BioSolutions.

Federal regulators halted production at that plant for more than three months this year until the firm resolved quality control problems, including failure to prevent contamination that ruined tens of millions of doses. The plant had produced Johnson & Johnson’s and AstraZeneca’s vaccines but now manufactures doses only for Johnson & Johnson.

WASHINGTON (BLOOMBERG, AFP) - Facebook is facing renewed fury from Washington after reports suggested the company knew, but did not disclose, that its … END_OF_DOCUMENT_TOKEN_TO_BE_REPLACED