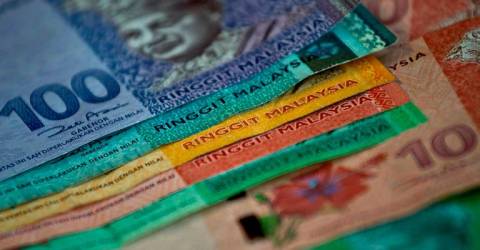 MERSING: More than 9,000 affected entrepreneurs have been identified by the Majlis Amanah Rakyat (MARA) and Regional Development Authority to be assisted through the National People’s Well-being and Economic Recovery Package (Pemulih).

Rural Development Minister Datuk Dr Abd Latiff Ahmad said through the package, the entrepreneurs concerned would be given a deferment of business financing repayment for three months or rescheduling of financing repayment by extending the financing period up to 36 months.

“The 30 percent discount on the rental of business premises will also be extended for another five months, from July to December 2021, which will benefit more than 6,000 entrepreneurs.

“Apart from that, the Prihatin Special Grant 4.0 of RM1,000 paid in stages is expected to benefit more than 30,000 entrepreneurs under the guidance of the Ministry of Rural Development for the micro and small categories with an income of less than RM300,000 a year,“ he said in a statement today.

For students who received loan facilities under the MARA Education Financing Programme, he said they were offered the facility to defer loan repayment for three months after approval is given or reschedule loan repayment with a lower monthly repayment rate of RM100 per month for 12 months.

“This facility will benefit more than 14,000 students,“ he added.

In addition, more than 18,000 B40 students in rural areas have been identified as having difficulty obtaining or not having internet access to follow home-based teaching and learning (PdPR).

Therefore, the Pemulih package which also offers 1GB of free internet data is believed to be able to increase internet access and further facilitate this group of students in PdPR, said the Mersing Member of Parliament.

Dr Abd Latiff added that the announcement of the Pemulih package by Prime Minister Tan Sri Muhyiddin Yassin four days ago was proof of the government’s continued concern for the people since the country was hit by the Covid-19 pandemic. — Bernama

WASHINGTON (BLOOMBERG, AFP) - Facebook is facing renewed fury from Washington after reports suggested the company knew, but did not disclose, that its … END_OF_DOCUMENT_TOKEN_TO_BE_REPLACED