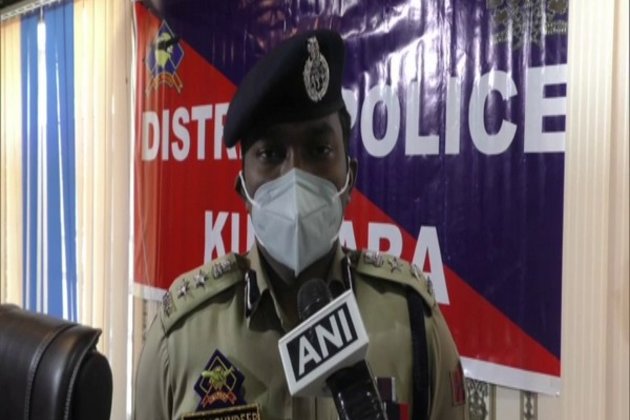 Kupwara (Jammu and Kashmir) [India], May 24 (ANI): The Jammu and Kashmir Police busted a Pakistan sponsored narco-terror module and arrested one terrorist associate, said an official on Monday.

The arrested terrorist associate has been identified as Mudasir Ahmad Lone and eight kilograms of heroin worth Rs 50 crore were seized on Sunday.

Senior superintendent of Police Dr GV Sundeep Chakarvarthy said the police had been following the module for the last two to three weeks and carrying out searches at various locations.

Others involved with the module are absconding but have been identified and efforts are being made to arrest them.

“The module was in close connection with Pakistan-based Terror handlers and were involved in drug-trade and financial assistance to active terrorists in the Valley. The recoveries also exposed inter-connection between drug dealers and terrorists,” he said.

Chakarvarthy added, “The module was working for terrorists to strengthen their activities in the valley and were misleading and motivating the local youth of the Valley to join militant ranks.”A case under relevant sections of the law has been registered at the Kralpora Police Station and an investigation has been taken up. (ANI)

WASHINGTON (BLOOMBERG, AFP) - Facebook is facing renewed fury from Washington after reports suggested the company knew, but did not disclose, that its … END_OF_DOCUMENT_TOKEN_TO_BE_REPLACED