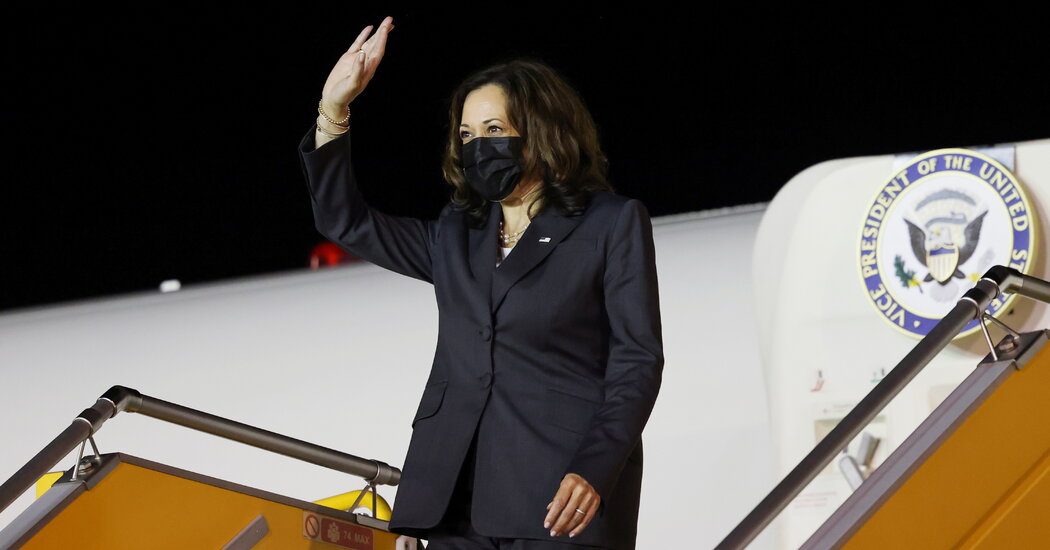 Vice President Kamala Harris was delayed Tuesday for more than three hours as she was departing from Singapore for Vietnam because of a report of a recent possible “anomalous health incident” in Hanoi, where she will discuss public health strategies and seek to bolster partnerships in the South China Sea, a crucial piece of President Biden’s strategy to counter the rising economic influence of China.

“Anomalous health incident” is how the Biden administration typically refers to cases of the so-called “Havana Syndrome” attacks, the unexplained headaches, dizziness and memory loss reported by scores of State Department officials, C.I.A. officers and their families.

A spokeswoman for Ms. Harris, Symone Sanders, assured reporters traveling with the vice president on her second foreign trip since taking office that her health was not affected.

“You saw her get onto the plane. She is well, all is fine and looking forward to meetings in Hanoi tomorrow,” Ms. Sanders said when pressed on the cause of the delay. She later added: “This has nothing to do with the vice president’s health.”

A State Department spokesman said in a statement that “after careful assessment, the decision was made to continue with the vice president’s trip.” The delegation arrived in Hanoi, Vietnam, on Tuesday night.

Before departing for the airport, Ms. Harris participated in a closed-door meet-and-greet with U.S. embassy staff. Members of the press corps traveling with her were already loaded into a motorcade awaiting her departure when they were abruptly sent back to their hotel rooms, before being summoned back to continue the trip.

Upon arriving in Hanoi aboard Air Force Two, Ms. Harris did not respond to a shouted question from a reporter about why she decided to continue on her trip in the wake of the report.

WASHINGTON (BLOOMBERG, AFP) - Facebook is facing renewed fury from Washington after reports suggested the company knew, but did not disclose, that its … END_OF_DOCUMENT_TOKEN_TO_BE_REPLACED