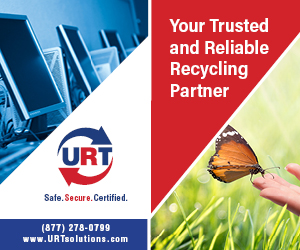 During the 2020 fiscal year, on Sept. 30, 2019, the company sold its continental Europe operations that recycle e-scrap through extended producer responsibility (EPR) programs. The $93 million sale, to Germany-headquartered company TSR Recycling, was a huge step away from the lower-margin e-scrap recycling business and toward the more profitable data center decommissioning and equipment resale businesses.

“The strategic shift in the SLS business model has demonstrated excellent progress in improving margins on lower processed volumes and increased revenue from services,” according to an Aug. 17 Sims financial disclosure.

With the 2019 European sale, SLS effectively offloaded a huge portion of its annual revenue and earnings. Still, the latest disclosures show the company’s earnings are bouncing back.

During the 2021 fiscal year, the company’s underlying earnings before interest and taxes (EBIT) were 21.8 million Australian dollars (nearly $15.8 million U.S.; all dollars below converted to U.S. dollars on Aug. 18, 2021). That was up 29% from the year before.

“The improved EBIT growth trajectory in FY21 was due to continued strong interest in the specialised expertise and complete service offerings of the business as well as lower controllable costs compared to FY20,” according to an SLS press release.

SLS had about 819 employees during the 2021 fiscal year, down 11% from the prior year on a remaining-business basis.

The better profitability numbers aren’t a huge surprise, because SLS has been reporting year-over-year growth for several months. A year ago, SLS reported that its profit margin increased after the sale of European operations. And earlier this year, SLS reported that underlying EBIT during the first half of the 2021 fiscal year was 750% higher year over year.

As part of its shift in business focus, SLS aims to resell and redeploy more used devices collected from data centers and enterprise customers.

During the 2021 fiscal year, SLS resold or redeployed 2.1 million units, up from 1.6 million units the year before, according to a financial results presentation. Fewer COVID-19 restrictions and the company’s market share gains during the second half of the 2021 fiscal year (the January-June 2021 time period) helped boost the number of repurposed computers, the report noted. That was particularly the case in the company’s U.S. business.

SLS sees reuse as a key driver of financial growth in the future. The company’s goal is to redeploy 2.6 million units during the 2022 fiscal year.

Overall, based on estimates from SLS and the International Data Corporation (IDC), SLS thinks there may be 85 million cloud computing units suitable for repurposing in regions where SLS operates, according to the report.

Parent company Sims Limited reported total underlying EBIT of $279.7 million during the 2021 fiscal year, up 768% from the year before. 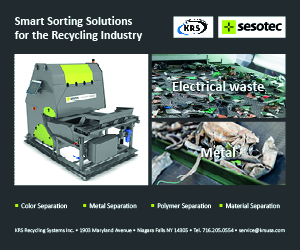 WASHINGTON (BLOOMBERG, AFP) - Facebook is facing renewed fury from Washington after reports suggested the company knew, but did not disclose, that its … END_OF_DOCUMENT_TOKEN_TO_BE_REPLACED