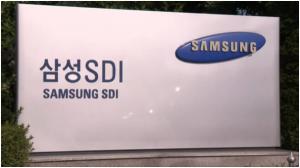 Samsung SDI is seeking to establish a battery plant in the United States in partnership with a global automaker.

Samsung SDI is seeking to enter the U.S. battery market by establishing a joint venture battery plant with a global automaker.

“We are considering entering the U.S. market,” the company’s president Jeon Young-hyun said at the battery industry exhibition “Interbattery 2021” held at COEX in Samseong-dong, Seoul on June 9. This was the first time that Samsung SDI has publicly disclosed its intention to make a foray into the United States.

Samsung SDI is also considering securing new customers for the planned joint-venture plant. Asked if he has any new customers on mind, Jeon said, “It is difficult to reveal details of our U.S. business plan in advance because it is related to our customers.” He added, “We are considering all possibilities.” He did not disclose when the company would announce its investment in the United States.

Market watchers believe that Samsung SDI is likely to establish a joint venture with a global automaker. Leading candidates include Stellantis Group and BMW, which use Samsung SDI batteries. Stellantis is the world’s fourth-largest automaker that owns Fiat Chrysler, Peugeot, and Maserati. Samsung SDI plans to lay out a detailed investment plan by the end of 2021 at the latest.

Dive Brief: McDonald's CEO Chris Kempczinski said at the CNBC Evolve Global Summit Wednesday "there's no doubt that $7.25 in this day and age is not … END_OF_DOCUMENT_TOKEN_TO_BE_REPLACED