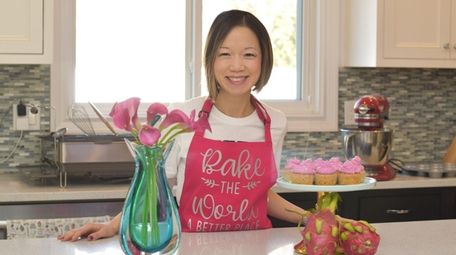 When Kyra Lewis decided to launch a business in April 2020, she had the motivation but wanted help with operations. She found SCORE, a nonprofit that pairs entrepreneurs with experienced, often retired, executives as mentors.

“I just didn’t know where to start,” said Lewis, 29, of Freeport, who works in multicultural marketing for HBO. “I was looking for someone or some program to help me figure out what to do. I landed on SCORE Long Island.”

SCORE’s Long Island Chapter connected her with Anthony Fabbo, 61, of Miller Place, a retired executive who volunteers as a mentor, helping others turn ideas into businesses.

After more than a year of meetings (on Zoom because of the pandemic), she launched Sincerely, Charisse, a lingerie site primarily catering to women of color, on June 1.

“He’s been with me since the early stages,” Lewis said of Fabbo from her converted garage, now an office lined with inventory in bins and packaging. “He was there to help with the tactical stuff.”

Fabbo retired three years ago after more than 30 years in the business world. Since then, he’s gone from a couple big corporations to many smaller ones as a SCORE volunteer, advising on branding, pricing and more to help entrepreneurs build businesses.

“SCORE lets me use my whole toolbox. I help them do whatever they need to do,” said Fabbo, who also links entrepreneurs with other experts at and beyond SCORE. “Each person starting a business is in a different stage or needs different help.”

Fabbo has worked with entrepreneurs in a range of industries, from health care to floral design, a job-seeking and -posting service to a subscription baking box. The businesses may be different, but the skills to succeed, he points out, are often similar.

“He helps me to stay on track in terms of deadlines and makes sure I track toward milestones,” said Kimberle Lau, 41, of Syosset, who launched Bake Me Healthy (bakemehealthybox.com) on July 15 as a baking-box subscription service. “He has an excellent operational background. It helped in outlining the process and sticking to the action plan.”

Lau said she has made initial sales, gotten “a lot of interest” and is seeing her business grow. She also hosts a live baking class monthly and has partnered with corporations to offer baking classes as she builds her brand.

“Had we not been in touch with Anthony, we would not have had the confidence to take the leap to acquire a workshop space,” she said of the Central Islip floral design workshop where they keep flowers as well as design. “That was a big jump for us as a small business.”

Lewis, who graduated from Spelman College in 2013 with a bachelor’s degree in psychology and a minor in business, said that although her business isn’t in the same industry as Fabbo’s experience, they share a common framework. “Determining your end goal and figuring out the steps necessary to meet your end goal,” she said, are key in any business.

“I help them do whatever they need to do,” says Anthony Fabbo, who was only briefly retired before becoming a SCORE volunteer mentor. Credit: Morgan Campbell

If Fabbo and other mentors are busy, that may be partly due to a veritable nationwide entrepreneurial explosion, including more than 800,000 companies launched in the past year as of March 2020, up from more than 770,000 the prior year, according to Statista. And there has been a similar surge on Long Island, as well.

While organizations such as the U.S. Small Business Administration provide support, SCORE has been tapping retirees as mentors since its founding in 1964 as the Service Corps of Retired Executives; it later rebranded as the acronym SCORE.

The group, with 10,000 volunteers nationwide today, says it has educated and mentored more than 11 million entrepreneurs. SCORE Long Island, based in Hauppauge, also has seen growing demand for mentors. In 2020, SCORE helped start 313 businesses, according to Ron Greenstone, a former advertising executive and SCORE Long Island chapter marketing chairman.

“We vet each applicant thoroughly,” said Greenstone, 81, of Port Jefferson Station, noting more retirees are joining. “We had 46 last month and are at over 50 now — and growing weekly.”

Would-be mentors are screened for experience and success as well as empathy for clients, he said. They are interviewed by at least two established mentors and then have a two-month training program to learn SCORE’s methodology.

Ann Middleman, a Westbury resident in her 70s and consultant specializing in marketing and public relations who is a SCORE mentor, calls the role “intellectually engaging without the stress of running a business.”

A SCORE mentor since 2017, Middleman founded ADM Marketing & Research Consulting in 2002; she was also a partner at The Second Half and a vice president at Magnet Communications, and vice president and treasurer of the International Association of Business Communicators Long Island chapter from 2013 to 2016.

Like many entrepreneurs, Kimberle Lau describes her business, Bake Me Healthy, as a way to make a difference in the world: “Success for me is seeing a world of health-conscious home bakers able to whip up some healthy recipes.”  Credit: Janice Eva Photography

The making of a mentor

Like many mentors, Anthony Fabbo arrived at mentoring after a lifelong career at larger companies. A New Jersey native, he moved to Long Island at age 28 in 1998 as an employee for Curtiss-Wright Corp., a successor to a Wright brothers company.

“I thought I was going to work on Wall Street,” said Fabbo, who got a degree in economics from Montclair State University and an MBA from Dowling College. “I got involved in running businesses early on. You’re making real decisions that affect real people.”

At Curtiss-Wright, a global aerospace, defense and power products company, Fabbo said he developed skills that benefit entrepreneurs, as he grew businesses there. “I was a fixer. I could go into a business and see it struggling … and help turn it around,” he said, noting he has training and expertise to help companies facing a range of challenges.

Fabbo retired from Curtiss-Wright in 2015, when he was 55 and had worked there 30-plus years. He quickly got another job at Air Industries Group, but retired again in 2018. By March, he had hooked up with SCORE.

“I had a hunger to help people, to take the knowledge I had from Curtiss-Wright,” Fabbo said.

Most entrepreneurs who seek mentoring from SCORE have full-time jobs along with dreams not simply to make money, but to make a difference or follow a passion.

“It’s a purpose-driven business,” Lau said of Bake Me Healthy. “Success for me is seeing a world of health-conscious home bakers able to whip up some healthy recipes and sharing this with their families.”

Likewise, Lewis sees herself on a mission to provide apparel to women of color of all sizes. “I wanted to shift the norm of what lingerie represented, for people to feel comfortable in their own skin,” she said.

In her HBO job, she speaks “authentically to people of color,” something she wants to do with Sincerely, Charisse (taken from her middle name). “This is an extension of the work I’m already doing,” she said.

At the same time, Lewis’ lingerie line makes her responsible for an entire small business. “I do everything on my own in my garage, from the logo, the brand colors. Social media is me as well,” she said. “I package every item. Customer service emails, that’s me, too.”

“We want to deliver an elevated design style,” Kelly said, “something a little different and special, artistic and beautiful.” 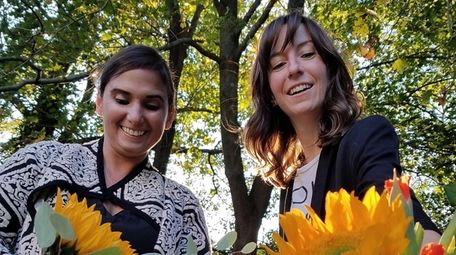 Mentors, Fabbo said, give entrepreneurs someone to bounce ideas off, providing encouragement, inspiration, connections and expertise.

“Picture a SCORE adviser almost like a board member,” he said. “We try to hold people accountable.”

When mentees commit to do something, Fabbo helps keep them on track, encouraging them to honor promises to themselves and stick to timelines and goals.

Fabbo said only about 15% of aspiring entrepreneurs actually launch businesses.

“Sometimes I’m that reality check,’” he said. “Do you have capital? Do you know what it takes to run a business? Are they aligned with their spouses, their significant others? It’s not easy.”

Lewis said Fabbo helped her focus on realizing goals in an organized way.

“He has mastered a road map within the business world,” Lewis said. “He gave me tangible tips to maneuver through the industry.”

“People have been waiting so long to have this celebration,” Breyer said of weddings, typically on weekends. “We’ve seen our calendar fill up.”

While mentors can provide practical assistance, Fabbo said encouragement is important in sustaining entrepreneurs once they are open for business.

Lau agreed that for a sole proprietor, a volunteer mentor committed to their success can be a game changer.

“As an entrepreneur, it’s quite a lonely role,” she said, “… you don’t have a team, at least not as a startup. Anthony mapped out a timeline, a project plan.”

Lau said learning to hire and get help from others is a big part of being an entrepreneur. “You want your fingerprint on everything, but it’s not feasible or productive,” she said.

She outsourced some website development and hired someone to design box inserts that are updated monthly.

And while Lau sees the launch of her subscription service as a major milestone, it’s just the beginning.

“It was exciting, but it also felt like the start of a long journey,” she said. “I know this is just the first step.”

Lewis, meanwhile, said she has shipped merchandise almost daily since launching and plans to open an Instagram shop.

“Lingerie is typically perceived to be used for your partner and not for yourself. “We’re showing women wearing lingerie in their house and nobody else is around,” she said of her business model. “It’s self-confidence and self-love.” 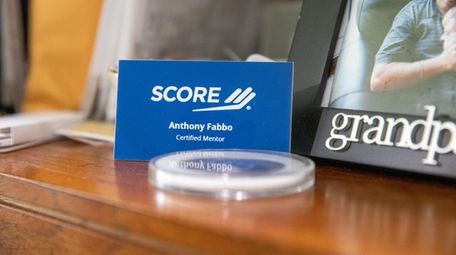 To mentor or be mentored

Visit longisland.score.org to learn more about SCORE. Mentors apply, are vetted and interviewed by existing mentors and then trained for about two months before mentoring; those in need of a mentor can start the process by clicking the drop-down menu for “Find a Mentor.”

By Claude Solnik
Special to Newsday

WASHINGTON (BLOOMBERG, AFP) - Facebook is facing renewed fury from Washington after reports suggested the company knew, but did not disclose, that its … END_OF_DOCUMENT_TOKEN_TO_BE_REPLACED