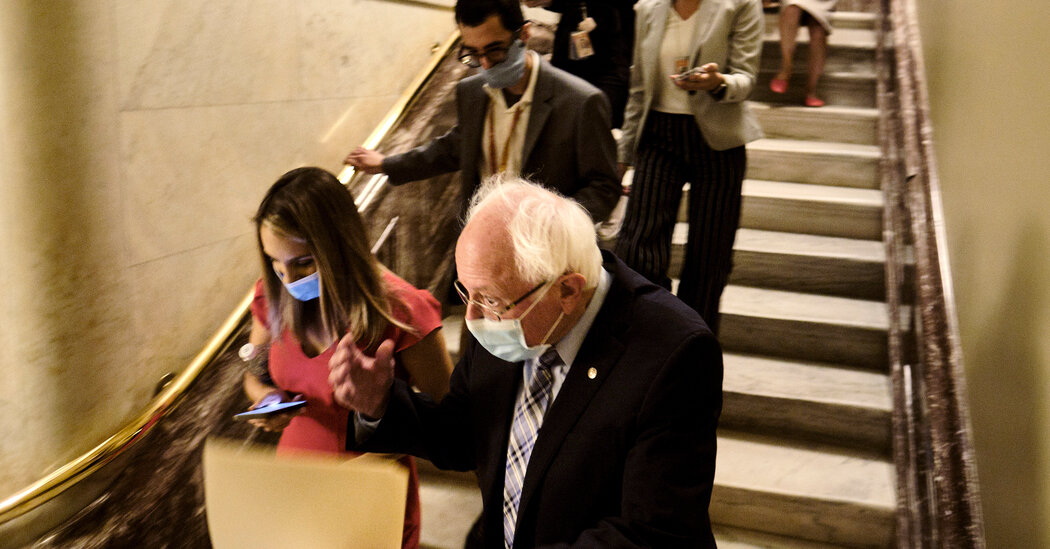 The Senate on Tuesday to passed a sweeping $1 trillion bipartisan infrastructure package, capping weeks of intense negotiations and debate over the largest federal investment in the nation’s aging public works system in more than a decade.

The final tally was 69 to 30, and Vice President Kamala Harris gaveled the vote closed.

The legislation, which still must pass the House, would touch nearly every facet of the American economy and fortify the nation’s response to the warming of the planet.

It would greatly increase funding to modernize the nation’s power grid and finance projects to better manage climate risks, and it would devote hundreds of billions of dollars to repair and replace aging public works projects. The legislation was largely negotiated by a group of 10 Senate Republicans and Democrats and White House officials.

Ahead of the final passage, at least three Republicans who had been tangentially involved with negotiations of the bill announced their opposition. One, Senator Mike Rounds of South Dakota, was absent for the vote, but he registered his concerns early Tuesday.

Yet despite criticism from former President Donald J. Trump, many Republicans, including Senator Mitch McConnell of Kentucky, the minority leader, embraced federal aid for their states.

Mr. Trump, who blew up infrastructure talks during his administration, issued another missive early Tuesday, declaring Mr. McConnell “the most overrated man in politics,” in part for allowing the bill to advance.

Democrats are now expected to take up a $3.5 trillion budget blueprint that will unlock their ability to muscle through an expansive social policy package over unanimous Republican objections.

Under the fast-track budget reconciliation process, that blueprint, if passed with a simple majority, will dictate the parameters of a transformative package expected to provide funding for health care, climate change, education and child care, and to increase taxes on wealthy people and corporations.

The budget can pass, however, only after a marathon of rapid-fire votes, known as a vote-a-rama, that is expected to stretch at least through midnight Wednesday. Mr. McConnell, speaking on the Senate floor Tuesday, said hundreds of amendments had been prepared, centered on national security funding, federal funding for abortions, tax increases and immigration.

“Republicans do not currently have the votes to spare American families this nightmare,” Mr. McConnell said. “But we will debate. We will vote. We will stand up and be counted, and the people of this country will know exactly which senators fought for them.”

WASHINGTON (BLOOMBERG, AFP) - Facebook is facing renewed fury from Washington after reports suggested the company knew, but did not disclose, that its … END_OF_DOCUMENT_TOKEN_TO_BE_REPLACED