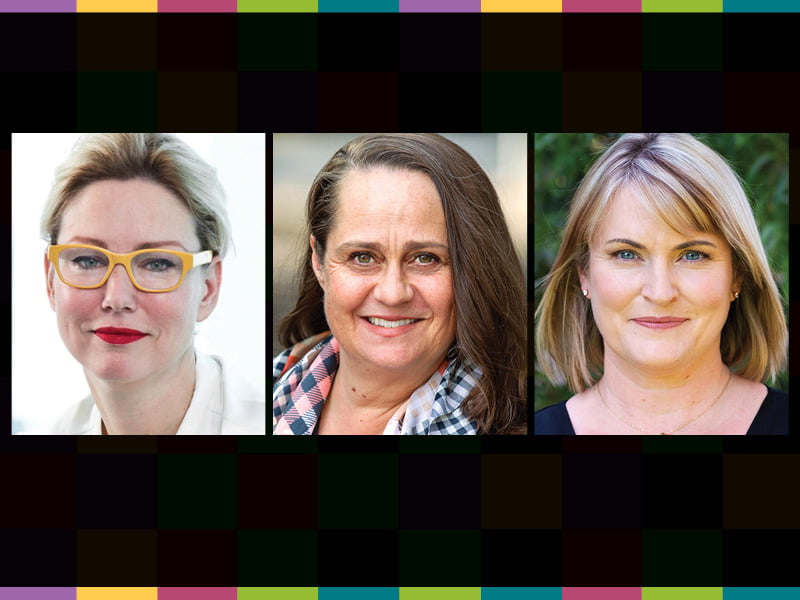 Women entrepreneurs lack social capital and it’s holding back their ventures, according to growth expert at the Australian Centre for Business Growth Sarah Curtis-Fawley, who has just completed her MBA thesis examining the gendered nature of entrepreneurship.

Ms Curtis-Fawley looked at the concept of “social capital and entrepreneurial identity” to understand how it is related to venture creation; and found it plays a significant role in the success of venture creation.

Social capital – the institutional and professional networks and connections – can open up opportunities for entrepreneurs to move their ventures forward, but it’s experienced very differently for men and women.

Women are underrepresented as decision makers in venture capital funding, but even before getting to this point, Ms Curtis-Fawley’s research reveals it’s the lack of social capital that makes it more difficult for women to connect with the people they need to help take their entrepreneurial venture to the next level. However, by contrast, men don’t find the process as hard.

“For male founders, mentors connect them with much-needed resources, such as investors, customers, markets and industry partners; whereas the women’s mentoring relationships have a much more contained quality to them,” said Ms Curtis-Fawley, speaking at virtual panel discussion hosted by InnovationAus publisher Corrie McLeod, as part of the Paddl Accelerator and National Innovation Games, sponsored by Western Sydney University.

Also on the panel, managing director of Human VC, Dr Elaine Stead, pointed out how women face “several degrees of separation between them and a person they need to connect with simply because they lack these institutional networks”.

“Social capital is critical for all entrepreneurs, and it can act as a kind of a silent contributor or silent advantage, or disadvantage, depending on who you are,” said Dr Stead.

Social capital is a shorthand for an alignment of values, which can keep women and minorities out of valuable networks, noted Dr Stead.

“Female and other minorities are up against a kind of headwind, which is that the people who are in positions of influence want to use social capital to help work out if a person is aligned with their values.

“They’re looking for these touchpoints as a shortcut to do that, but when you’re not from that same circle, and you don’t have those touchpoints of social validation, it’s really hard to break into it,” she said.

Women also face networks that are more contained because of their own concept of entrepreneurial identity, which is very different to their male counterparts, Ms Curtis-Fawley found through her research.

“When you claim an identity as an entrepreneur, it changes the way you see the world and it changes the opportunities you think are available to you,” said Ms Curtis-Fawley.

However, research shows women tend to minimise their role or achievements as entrepreneurs compared to male founders when engaged in the same kinds of activities.

“This has all of these flow-on effects into social capital, how women use mentors, and the kinds of things women think they can make,” she said.

One of the ways to address the lack of social capital is through sponsorship, according to Dr Stead. Where mentorship provides valuable guidance and support, sponsorship is a powerful way to help women and minorities gain access to the important networks they need to be a part of to move their venture forward.

“It is saying: ‘I vouch for this person’ and will introduce them to your networks and your circles of influence, and that’s replacing social capital. It’s a challenge we still need to solve if we’re going to get diverse representation,” she said.

Dr Stead explained that whether it’s via specific quotas or targets or just natural development, it’s essential that venture support is not being decided by a single class, values, perspective or thinking. “That’s the only way that we start to get a diverse perspective,” she said.

Ms Curtis-Fawley agreed there needs to be more women in the places where decisions are being made. “To increase the number of women founders, we need to actually wrap resources around this goal. To make ecosystems more inclusive requires proper resourcing,” she said.

To hear more about women in STEM, tune into See What You Can Be, a series of interactive webinars championing Australia’s extraordinary female changemakers who are blazing new pathways across the STEM sector.

InnovationAus was the media partner for the Paddl Impact Accelerator Program ‘Achieving Diversity in STEM’ and Western National Innovation Games.

Do you know more? Contact James Riley via Email.

WASHINGTON (BLOOMBERG, AFP) - Facebook is facing renewed fury from Washington after reports suggested the company knew, but did not disclose, that its … END_OF_DOCUMENT_TOKEN_TO_BE_REPLACED