The Frontlines of Peace: An Insider’s Guide to Changing the World
by Severine Autesserre, Oxford University Press £18.99

A deeply sceptical account of the shortcomings of international peacekeeping operations — which highlights the way that peacekeepers are often cut off from the areas they operate in, with their operations hamstrung by a lack of local knowledge and empathy. The book is enlivened by startling reportage from the Democratic Republic of Congo, Haiti and elsewhere.

When America Stopped Being Great: A History of the Present
by Nick Bryant, Bloomsbury £25

Bryant argues that the Trump presidency was not an aberration but the logical culmination of decades of negative social and political trends. As a BBC reporter with an academic background in US politics, he provides a good mix of reportage and deep knowledge of structural trends.

With the French presidential election approaching, the question of what (if anything) ails France is of global interest. The author, an economist, is no fan of Emmanuel Macron, whom she accuses of promising change — while defending the interests and worldview of a bureaucratic oligarchy. Even readers who take a more charitable view of the French president may find Granville’s critique interesting — at a time when Macron is struggling to fend off a challenge from the far right.

India and Asian Geopolitics: The Past, Present
by Shivshankar Menon, Brookings Institution Press £32.95

India is a rising superpower, so the outside world urgently needs to understand how the country sees its interests — particularly in its Asian neighbourhood. Shivshankar Menon, one of the country’s most distinguished diplomats and analysts, provides a superb guide to how Delhi’s thinking has evolved, from independence to the present day.

At a time when Britain’s imperial legacy is once again a subject of public controversy, this immensely readable book is very timely. Sanghera’s account is simultaneously personal and scholarly. It addresses many of the questions that are now urgent subjects of public debate — such as Britain’s role in the slave trade and the connections between empire and multiculturalism.

Tell us what you think

What are your favourites from this list — and what books have we missed? Tell us in the comments below

The Aristocracy of Talent: How Meritocracy Made the Modern World
by Adrian Wooldridge, Allen Lane £25

This is both a history and a defence of an increasingly contested idea. Wooldridge argues that successful societies have prospered by seeking to reward merit and talent, rather than connections and privilege. If the west abandons meritocracy in the pursuit of social justice, it will cede the future to Asia.

Do Not Disturb: The Story of a Political Murder and an African Regime Gone Bad
by Michela Wrong, HarperCollins £20

A deeply researched and highly critical biography of one of Africa’s most praised leaders — Paul Kagame of Rwanda. It accuses the Rwandan leader of orchestrating the assassination of exiled opponents — and questions his economic record and his role in the events that led to the Rwandan genocide. The FT praised the book as “remarkable, chilling and long overdue”.

Revolt: The Worldwide Uprising Against Globalization
by Nadav Eyal, HarperCollins £28.99

Published in the month that a mob stormed the US Congress, Eyal’s book argues that inchoate rage from marginalised communities and unmoored individuals is becoming a defining feature of world politics, as communities react against disorientating features of modernity — from economic insecurity to new technology and environmental degradation. Theory is combined with reportage that takes in Greek anarchists, American miners and Syrian refugees.

Hard Choices: What Britain Does Next
by Peter Ricketts, Atlantic £14.99

As one of Britain’s top diplomats, Ricketts had a close-up view of some of the most dramatic events, such as the run-up to the Iraq war and western military intervention in Libya. Now retired, he takes a tough-minded look at the country’s post-Brexit options — making the case for realistic internationalism and renewed engagement with Europe.

What on Earth Can Go Wrong: Tales from the Risk Business
by Richard Fenning, Eye £12.99

Political risk consultancy has become a big business and Control Risks are one of the biggest names on the scene. Richard Fenning, the company’s former chief executive, provides a funny and personal account of life in the risk business — ranging from Baghdad to Brazil and many points in-between. 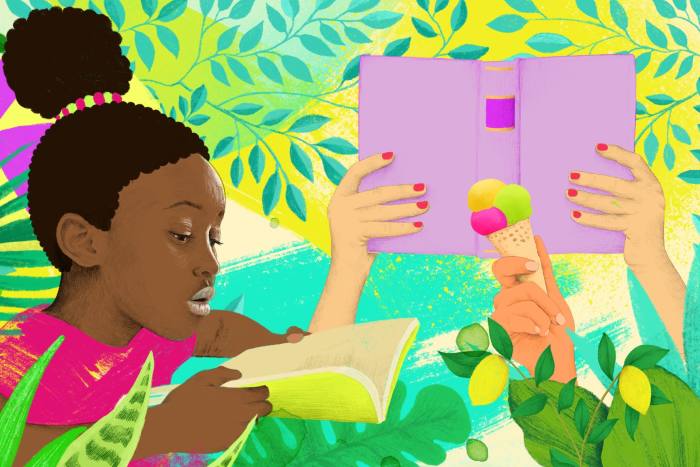 All this week, FT writers and critics share their favourites. Some highlights are:

WASHINGTON (BLOOMBERG, AFP) - Facebook is facing renewed fury from Washington after reports suggested the company knew, but did not disclose, that its … END_OF_DOCUMENT_TOKEN_TO_BE_REPLACED