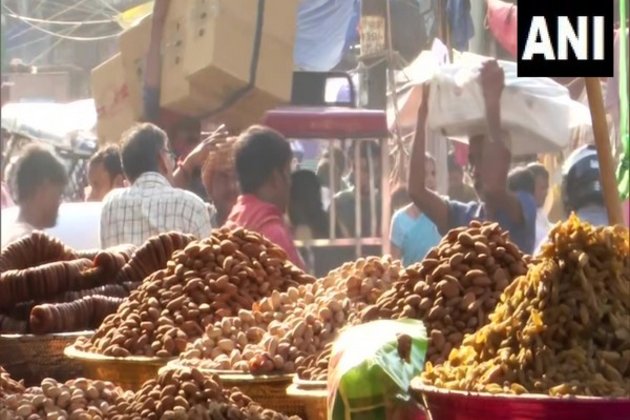 New Delhi [India], August 19 (ANI): With the Taliban seizing the control in Afghanistan, prices of dry fruits in Delhi witnessed a surge as imports from the neighbouring country has been disrupted.

A trader in Delhi, while speaking to ANI, said, “Almonds from Afghanistan have become expensive. Their prices have increased from Rs 500 to Rs 1,000 per kg. Pista and fig prices have also increased. Incoming supplies have stopped.””20 to 25 per cent of business has been affected. The goods coming from Kabul is affected badly. The festive season is on its way and we are hoping that the situation will improve,” said another trader.

The violence has dramatically surged in Afghanistan after the US drawdown started in May. In the build-up to the August 31 deadline, the Taliban has managed to seize the majority of the territory and key border crossings.

On Sunday, the Taliban swept into Kabul and seized power after President Ashraf Ghani left the country, bringing an end to a two-decade campaign in which the US and its allies had tried to transform Afghanistan.

The world is closely watching the unfolding situation in Afghanistan as the countries have scrambled to evacuate their citizens from Afghanistan in an attempt to secure their people. (ANI)

WASHINGTON (BLOOMBERG, AFP) - Facebook is facing renewed fury from Washington after reports suggested the company knew, but did not disclose, that its … END_OF_DOCUMENT_TOKEN_TO_BE_REPLACED