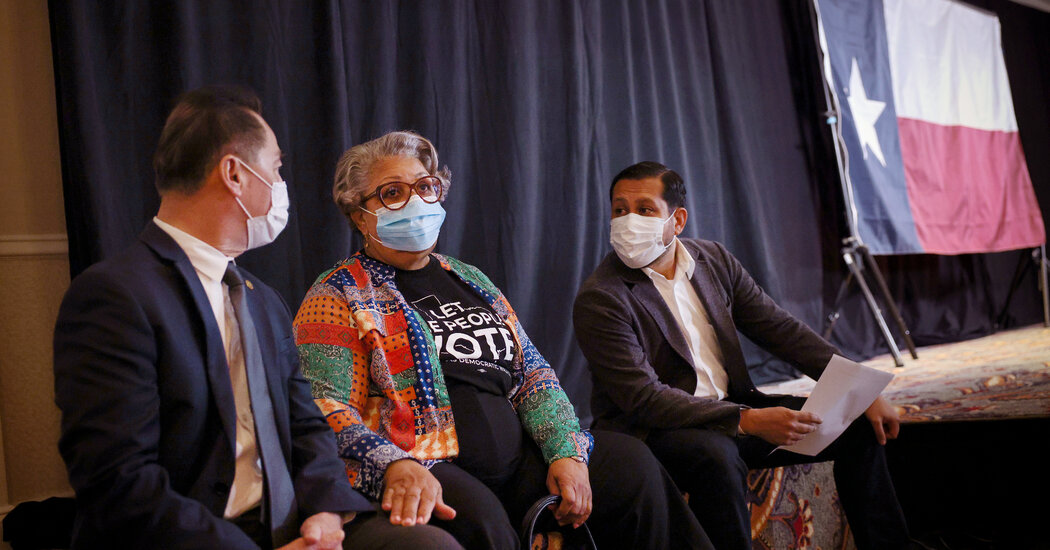 AUSTIN, Texas — The Texas House of Representatives on Tuesday authorized state law enforcement to round up and potentially arrest absentee Democrats who fled the Republican-led chamber to block action on polarizing election legislation.

The 80-12 vote empowered the House sergeant-at-arms to dispatch law enforcement officers to compel the attendance of missing members “under warrant of arrest, if necessary.”

After the vote, Dade Phelan, the speaker of the Texas House, signed 52 civil arrest warrants which will be delivered to the House Sergeant-at-Arms Wednesday morning for service, Enrique Marquez, the speaker’s communications director, said in an email.

The move by the Texas House, sitting in Austin, came hours after the all-Republican Texas Supreme Court, acting on a petition by Gov. Greg Abbott and Mr. Phelan, overturned an earlier ruling. That ruling, from a district court in Austin’s home county of Travis, had determined that the two officials, both Republicans, did not have the authority to order the arrest of their fellow elected officials.

Tuesday’s vote was the second time in recent weeks that Texas House Republicans raised the threat of law enforcement action to compel the presence of the more than four dozen Democrats who bolted the chamber during the final hours of the 2021 legislative session in May to rob the House of a quorum and so block the passage of a restrictive election measure.

When that session of the state legislature ended, Governor Abbott called a 30-day special session that ended in failure on Friday after most of the 67 House Democrats stayed encamped in Washington, D.C., out of the reach of Texas law enforcement. In Washington, they pushed for Congress to pass federal legislation that would pre-empt efforts by Republicans in Texas and other states to advance laws that critics say would stifle voting rights.

Last week, Governor Abbott called for a second overtime session, which started on Saturday, the day after the first one ended, and he has vowed to call “special session after special session” to force passage of the voting measure as well as other conservative priorities.

Eleven Democrats were back in the chamber on Tuesday and united in casting the dissenting votes in support of their absentee colleagues. They were joined by one Republican, Lyle Larson of San Antonio, who is known to sometimes buck his party’s leadership.

The number of Democrats who returned was not enough to bring the House to a quorum, 100 representatives, needed to vote on the elections overhaul.

While a core of more than 20 Texas House Democrats remain in Washington, an undetermined number of their colleagues are believed to be back in Texas and could be vulnerable to arrest if officers begin combing the state to look for missing members.

One of the absentee Democrats, Celia Israel of Austin, said in a statement on Tuesday that she and her colleagues broke quorum as “our last resort” to block legislation “that will deliberately make it harder for Texans to cast their ballots freely, safely and equally.”

A Republican state representative, Matt Krause of Fort Worth, said that he hoped that the threat of an “intense” option like arrest would persuade missing members to return voluntarily.

“I hope this kind of wakes them up and allows them to say, ‘All right, it’s time to get back to work,’” he said.

WASHINGTON (BLOOMBERG, AFP) - Facebook is facing renewed fury from Washington after reports suggested the company knew, but did not disclose, that its … END_OF_DOCUMENT_TOKEN_TO_BE_REPLACED