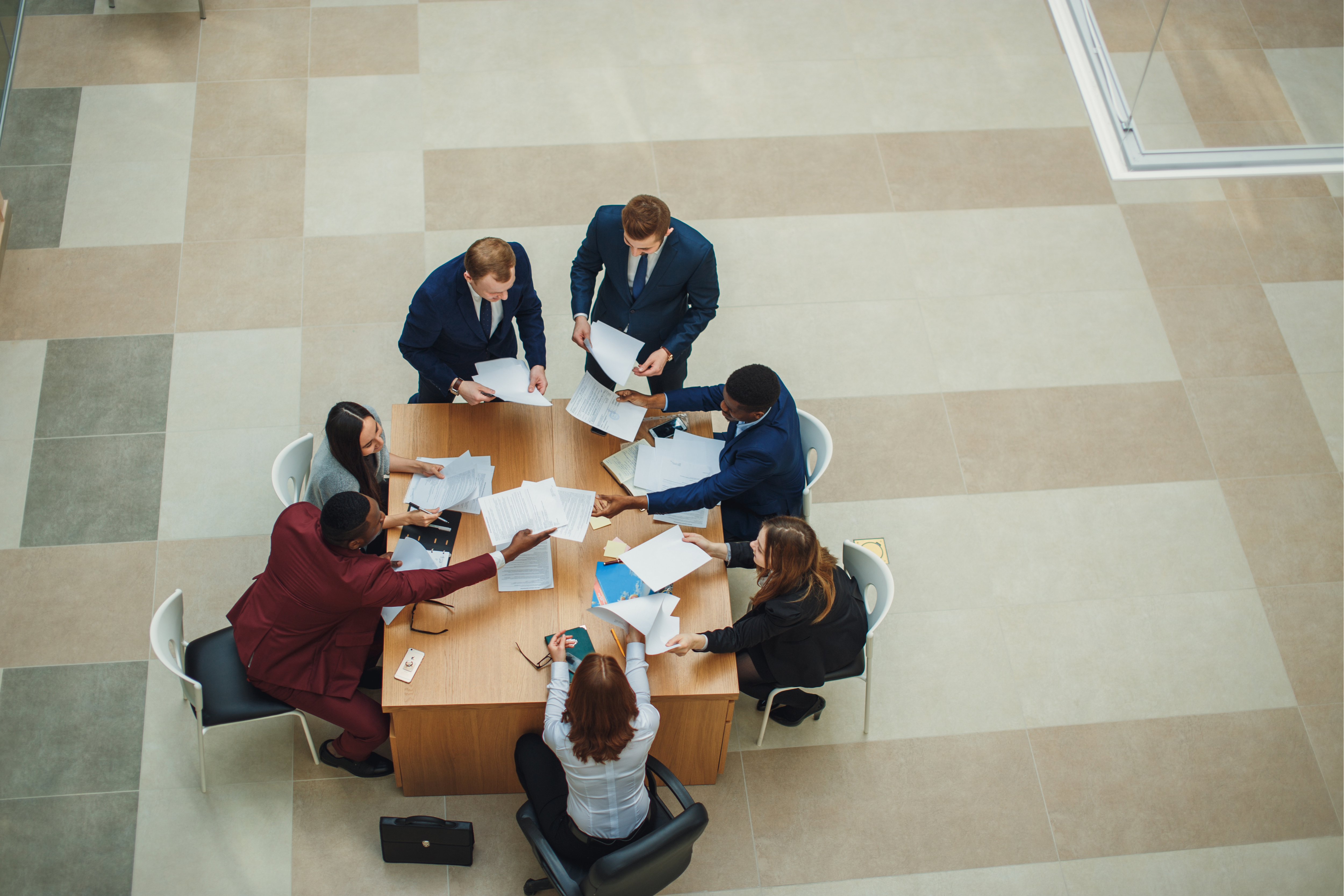 By some metrics, American democracy is in great shape. Despite a pandemic, and a switch to mass mail-in voting, the 2020 presidential election witnessed the highest voter turnout in U.S. history with 158 million people casting ballots. That’s about 66% of the voting-eligible population, the highest percentage since 1900 when 74% voted. Of course, many factors may have contributed to this voting bump. It is too early to predict that it signals a permanent uptick in political engagement, but it is good news, for sure.

The voting numbers may also reflect a broader turn to politics in American life, which might be seen as a mixed blessing. In the past few years alone, social media has become more political, family conversations seem to inevitably verge into politics, and political viewpoints can even influence who we want to be friends with or to date. To be sure, some of these trends can have problematic consequences for society. But they also suggest that people are more invested in politics. They are not as politically apathetic as once described but instead, it seems, have opinions they want to share.

Voting once every few years, often for distant legislators, is vitally important, of course. But it does not amount to a high level of engagement. We should be looking for additional ways to integrate the diverse opinions of citizens into democratic and policymaking processes — for a form of democratic engagement that lies somewhere between the tweet and the vote. That is where the idea of Citizens’ Juries comes in. As Reeves and Isabel Sawhill argued in the New Contract with the Middle Class, “Citizens’ Juries should be seen as an important part of the standard policymaking process.”

As a vehicle for influencing policy, Citizens’ Juries have been gaining traction in many parts of the world including Australia, Iceland, France, and Canada — to varying degrees of success and with various permutations. Here in the United States, the idea for Citizens’ Juries was pioneered by Ned Crosby and advanced by the Center for New Democratic Processes which has been using deliberative processes to support policy development on a wide range of topics since its inception.

Why a Citizens’ Jury?

As the name suggests, Citizens’ Juries are comprised of small groups which, while too small to be truly “representative” of the appropriate population, are convened to serve as a microcosm of the public. They are one expression of what the political theorist Helene Landemore, among others, call “mini publics,” which are intended to bring a more diverse range of opinions and styles of thought to the table — including for the making and shaping of policy. As Landemore argues, if the dialogue is limited to politicians with law degrees and policy experts with PhDs, we miss out on a “diversity of perspectives, diversity of interpretations, diversity of heuristics, and diversity of predictive models,” all of which could help us arrive at better policy solutions.

There is a powerful intuition lying behind Citizens’ Juries, which is that a small group of people can work together constructively on tangible problems. The jurors need not be experts in the field, but when given the opportunity to engage with policy questions and to cooperate with their peers, they are able to produce good results. To take an example from another field, a recent study found that the combined ratings of 10 laypeople asked to fact-check a news article were as accurate as the rating of an individual professional fact-checker.

The key point here is that different kinds of knowledge are valuable and should be brought together in a constructive fashion. Technical expertise is not superior to lived experience — or vice versa. The goal here is greater epistemic equality. Citizens’ Juries bring diverse kinds of knowledge together — both the technocratic knowledge of policy experts and the lived experiences of ‘ordinary’ people — resulting in rich, well-informed deliberation. Citizens’ Juries allow the voices of the public to carry real weight with recommendations informed by the relevant experts in the field. Citizen engagement and cooperation of this kind can play a key role in creating a stronger, more vibrant democracy that works for all.

How do Citizens’ Juries work?

In general, Citizens’ Juries work by recruiting and empaneling a randomly selected, stratified group of 12-24 members of the public who meet for extended deliberations (typically between 3-8 days). Depending on the topic, the jury could include people from the population as a whole, or specific groups based on relevant factors to the policy issue at hand like age, gender, or race. For example, a youth citizen’s jury could be convened to study student loans. Due to the significant time commitment, selected participants are compensated for their time and costs such as childcare, and travel costs are provided when applicable. This approach reduces barriers that would otherwise preclude some individuals from participating in jury events and helps ensure a broad range of experiences are represented. As one of us (Reeves) argues in the Contract, payments and employment protections currently provided by states for legal jury service should be extended to Citizens’ Juries too.

Once assembled, the jurors are presented with a policy issue, dilemma, or decision to deliberate on for a prespecified amount of time, usually multiple days (sometimes in multiple sessions spread over weeks). Skilled facilitators or moderators oversee the jury and work to keep the deliberative space within the bounds of reasonable and respectful conduct while encouraging open exchange of views and perspectives. Expert witnesses are called in to testify to the technical body of a policy proposal and present relevant facts, statistics, or trends. These witnesses can be tasked with providing unbiased technical information and/or with presenting evidence in favor of one policy outcome over another. Either way, the jury is presented with a wealth of information and given the proper resources to deliberate amongst themselves.

This process is similar to the more familiar use of juries in the criminal justice system. In a courtroom, legal matters are put into the hands of twelve randomly-selected members of the public after they hear arguments from lawyers and factual, well-researched evidence from expert witnesses. There is a judge that oversees and moderates the process, and the jury is given the opportunity to listen, deliberate, and decide. Even though legal jury duty is a civic requirement and Citizens’ Juries operate on a volunteer-basis, it nonetheless serves as a model for a formalized deliberation process. If this model works for legal questions, why not for policy questions?

We need a more epistemically diverse approach to decision-making, with a greater voice for the public in the development of specific policies. Surveys and letters are not enough. Right now, there appears to be a strong disconnect between the “elites,” of one kind or another, and the “people.” The people too often feel distrust towards the elites, and the elites too often feel disdain for the people. Indeed, recent reports from Pew show that 71% of the U.S. population believes elected officials do not care about average citizens and 67% believe that most politicians are corrupt. Moreover, compared to France, Germany, and the U.K, Americans are more likely to say that citizens’ juries or direct voting are important reform actions.

Citizens’ Juries are valuable, we believe, as tools for improved policymaking. But their value may go beyond any specific use, in part because their use would demonstrate greater trust in and respect for the people. Adopting a more open version of democracy — such as one in which Citizens’ Juries are positioned to purposefully shape policymaking — provides the public with a structured opportunity to directly voice their opinions and influence decision-making. Yet this need not go so far as the vision suggested by Landemore and others who advocate for the complete replacement of directly elected representative bodies (such as city councils or state legislatures) with randomly selected groups of people.

An approach which purposefully situates Citizens’ Juries in policy development communicates to community members and constituents that their viewpoints matter and are trusted enough to be included in the decision-making process. This could be accomplished by developing clear channels for the incorporation or adoption of jury findings and results by policymakers and decision-making bodies. This model, where commissioning bodies clearly articulate how the results and findings from juries will be used to shape or inform decisions, has proven successful in a number of recent Center for New Democratic Processes initiatives on issues such as major infrastructure and planning decisions, Artificial Intelligence, health service delivery, and the future of pandemic data sharing initiatives. It would be productive and feasible to replicate this approach to the policy development cycle here in the U.S. on issues that affect the general public which are technical and complex such as the Earned Income Tax Credit, data sharing and governance issues, apprenticeship and training program implementation, and college affordability. The key point here is to be clear in advance about the way in which the jury’s deliberations could influence the creation of policy.

As a first step, if Brookings or another think tank hosts a Citizens’ Jury, they can commit in advance to publishing and promoting its results, to develop a channel to policymakers. And by actively listening to their opinions and accounting for them in policy formulation, democratic institutions can show respect for the public’s ability to self-govern and engage in thoughtful political debate. It represents but a small step, for sure — but one in the right direction.

Kyle Bozentko is executive director of the Center for New Democratic Processes, a nonprofit that facilitates citizens’ juries as a service. The authors did not receive financial support from any firm or person for this article or, other than the aforementioned, from any firm or person with a financial or political interest in this article. Other than the aforementioned, they are currently not an officer, director, or board member of any organization with an interest in this article.

Washington [US], May 21 (ANI): Amazon has announced that its multi-part 'Borat' special will be making its debut on Prime Video. The special, titled … END_OF_DOCUMENT_TOKEN_TO_BE_REPLACED

New Bern's Juneteenth Celebration brought hundreds of visitors to New Bern during the weeklong celebration. The event began on June 11 with an artwalk … END_OF_DOCUMENT_TOKEN_TO_BE_REPLACED