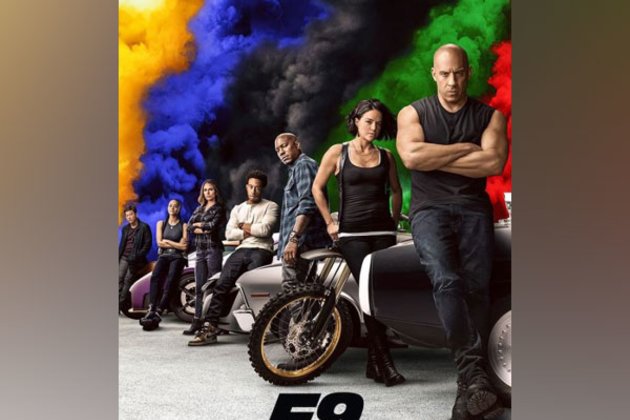 According to studio figures collected by measurement firm Comscore, it’s the biggest opening for a film in North America since “Star Wars: The Rise of Skywalker,” which released in December 2019 with a 177 million dollars opening weekend.

The previous record-holder during the COVID-19 pandemic was Paramount’s horror film “A Quiet Place Part II,” which opened last month with a 3-day total of 48.3 million dollars from 3,726 North American theaters.

“F9: The Fast Saga” holds an approval rating of 59 percent based on 221 reviews to date on review-aggregation website Rotten Tomatoes and a B CinemaScore from audiences.

“The big-screen homage to hulking men, speedy cars and gravity-defying stunts is giving some much-needed momentum to the movie theater business, which has been struggling to rebound as audiences begin to feel comfortable returning to their local multiplex,” commented Variety, a top Hollywood trade publication.

The Hollywood Reporter, another top Hollywood trade publication, also pointed out that “the ninth installment in the Fast and Furious Saga is a much-needed boost for the theatrical experience.””The summer season has had its ups and downs at the box office so far, but the performance of ‘F9’ is significant for an industry that’s trying to get back on its feet following the Covid outbreak that sent box office numbers plummeting,” noted the Cable News Network (CNN).

China is so far the biggest market for the film. According to box office data compiled by Maoyan, a Chinese movie-ticketing and film data platform, “F9: The Fast Saga” has grossed more than 1.39 billion yuan (around 215 million dollars) in the Chinese mainland.

Paramount’s horror film “A Quiet Place Part II” came in second with 6.2 million dollars from 3,124 locations in its fifth weekend for a North American cume of 136.38 million dollars.

The sequel to the 2018 film “A Quiet Place” also took in 9.6 million on its fifth international weekend for an international total of 112.1 million dollars.

American filmmaker John Krasinski directed and co-wrote both Quiet Place films about a family surviving in a post-apocalyptic world inhabited by blind monsters with an acute sense of hearing. Emily Blunt, Millicent Simmonds and Noah Jupe reprise their roles from the first film.

Following the deadly events at home, the family must now face the terrors of the outside world in the sequel as they continue their fight for survival in silence. Forced to venture into the unknown, they quickly realize that the creatures that hunt by sound are not the only threats that lurk beyond the sand path.

Lionsgate and Millennium Media’s action comedy film “The Hitman’s Wife’s Bodyguard” moved to third place with 4.87 million dollars from 3,361 locations in its second weekend for a North American total of 25.87 million dollars.

The film is a sequel to 2017’s “The Hitman’s Bodyguard.” Directed by Patrick Hughes, Ryan Reynolds, Samuel L. Jackson and Salma Hayek reprise their roles from the first film. Antonio Banderas, Morgan Freeman and Frank Grillo join the cast of the sequel.

In the film, suspended bodyguard Michael Bryce must once again team up with hitman Darius Kincaid and his even more volatile wife. The trio get in over their heads in a global plot and soon find that they are all that stand between Europe and a vengeful and powerful madman.

Directed by Will Gluck, the sequel to the 2018 “Peter Rabbit” stars the voice of James Corden as the title character. Adventuring out of the garden in the sequel, Peter finds himself in a world where his mischief is appreciated, but when his family risks everything to come looking for him, Peter must figure out what kind of bunny he wants to be.

Directed by Craig Gillespie and starring Emma Stone and Emma Thompson among others, the film, set in 1970s London amid the punk rock revolution, follows a young grifter named Estella, as she explores the path that will lead her to become a notorious up and coming fashion designer known as Cruella de Vil. (ANI/Xinhua)

WASHINGTON (BLOOMBERG, AFP) - Facebook is facing renewed fury from Washington after reports suggested the company knew, but did not disclose, that its … END_OF_DOCUMENT_TOKEN_TO_BE_REPLACED