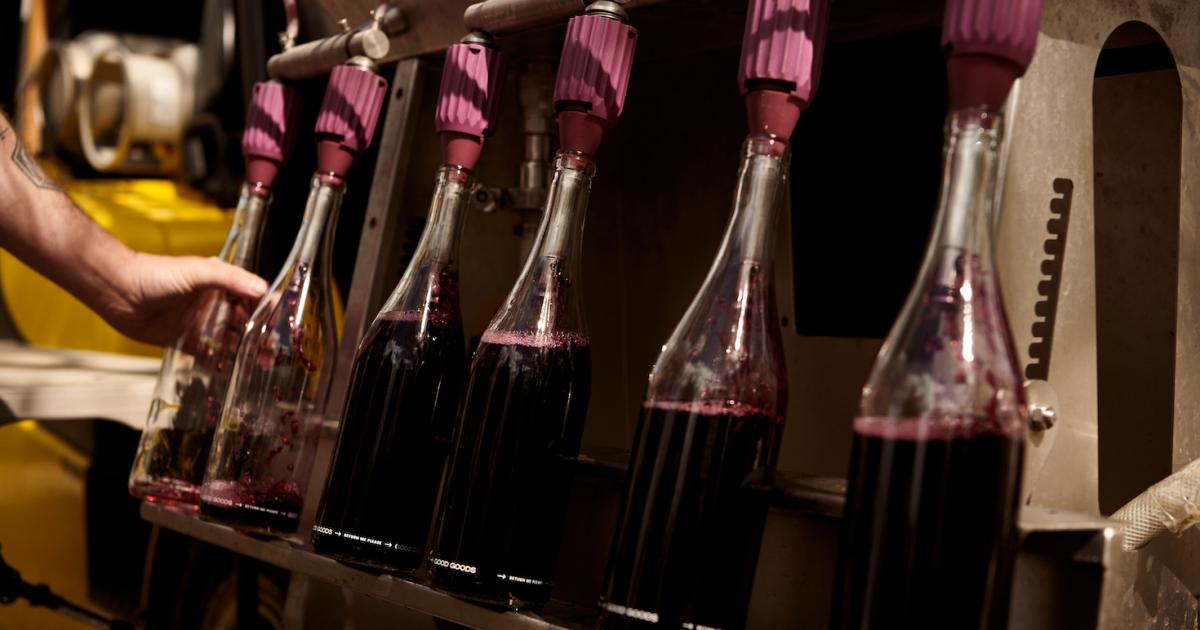 Americans aren’t the biggest wine sippers in the world — imbibing a mere 3.2 gallons per person in 2020 versus the 16 gallons guzzled by Portuguese residents, according to estimates from the industry’s primary source of stats.

But the habit still translates into a whole lot of single-use bottles: About 4.3 billion of them, many of which find their way into landfills or (maybe) into some sophisticated recycling system where they can be processed and resold along with other types of glass. While glass is highly recyclable, only about one-third of what American’s throw away annually is actually handled that way. So it shouldn’t surprise you that life-cycle assessments suggest that the largest percentage of the industry’s footprint is related to this heavy, single-use packaging. Depending on who you ask, from 1 pound to 2.7 pounds of carbon dioxide is emitted for the production associated with a wine bottle.

What’s the alternative? Alongside newer formats such as cardboard boxes and cans (a matter for another story), there’s growing interest in refill models. Over the past year, two New York-area companies — circular containers startup Good Goods and “wine on tap” distributor Gotham Project — have begun testing services that do just that with retailers in New Jersey, New York, Massachusetts and Colorado. (The Gotham Project hopes to add locations in Vermont, Ohio and Maine by September.) While the two companies are using different approaches, both are treating their programs as an opportunity for retail engagement enabled by digital technology. And both are focused (initially at least) on what they call “drinkable” wines, traditionally priced between $10 and $15.

“These are wines meant to be consumed casually, rather than highly aged or occasion wines,” said Zach Lawless, co-founder and CEO of Good Goods. Indeed, the most popular wine this summer for retailers testing the return model is a rosé, mirroring typical retail trends.

Lawless and the team at Good Goods had been pioneering reusable containers throughout the New York area with a previous venture, Fresh Bowl, which focused on vending fresh items such as salads in a jar in places such as the New York Public Library. The startup achieved an 85 percent return rate for those containers before the COVID-19 pandemic hit, forcing it to suspend operations. The team decided to up its focus on wine and launched in 10 retailers in August 2020. For now, it’s testing return rates. “You could have the most efficient logistics in the world, but if you can’t get consumers to return the product, it doesn’t matter,” Lawless said.

Gotham Project, which has been distributing wine for New York vineyards via steel kegs, also pivoted to the idea of reusable glass bottles during the summer 2020 after much of its restaurant business evaporated. “We know the glass bottle was made to be used many times,” said Bruce Schneider, a vintner who is one of the three collaborators on the ventures, along with partners Charles Bieler and Denise Giraldo-Gordon. That inspired the trio to explore the potential of wine bottles as a multiuse product.

Message in a bottle

For the most part, the bottles being used by both Gotham Project and Good Goods look familiar to wine consumers, although the glass feels chunkier. (Disclosure: Gotham Project shipped me some test bottles last summer, which I sampled and shipped back via a traditional shipping service using a box configured specifically for that purpose.)

Gotham’s bottles, most of which are tinted, are designed for at least 10 reuse cycles. Good Goods is testing two bottle shapes: One meant for burgundies, the other for lighter wines such as rose or beaujolais. It anticipates its bottles being reused between 10 and 30 times.

Both companies used corks to seal the bottles — Schneider told me that the thin neck opening required for a screw top would have compromised the sturdiness of the bottle for shipping. And both organizations have prioritized working with vineyards, wineries and retailers to find ways to add labels that can help differentiate the products, and their value proposition at retail. 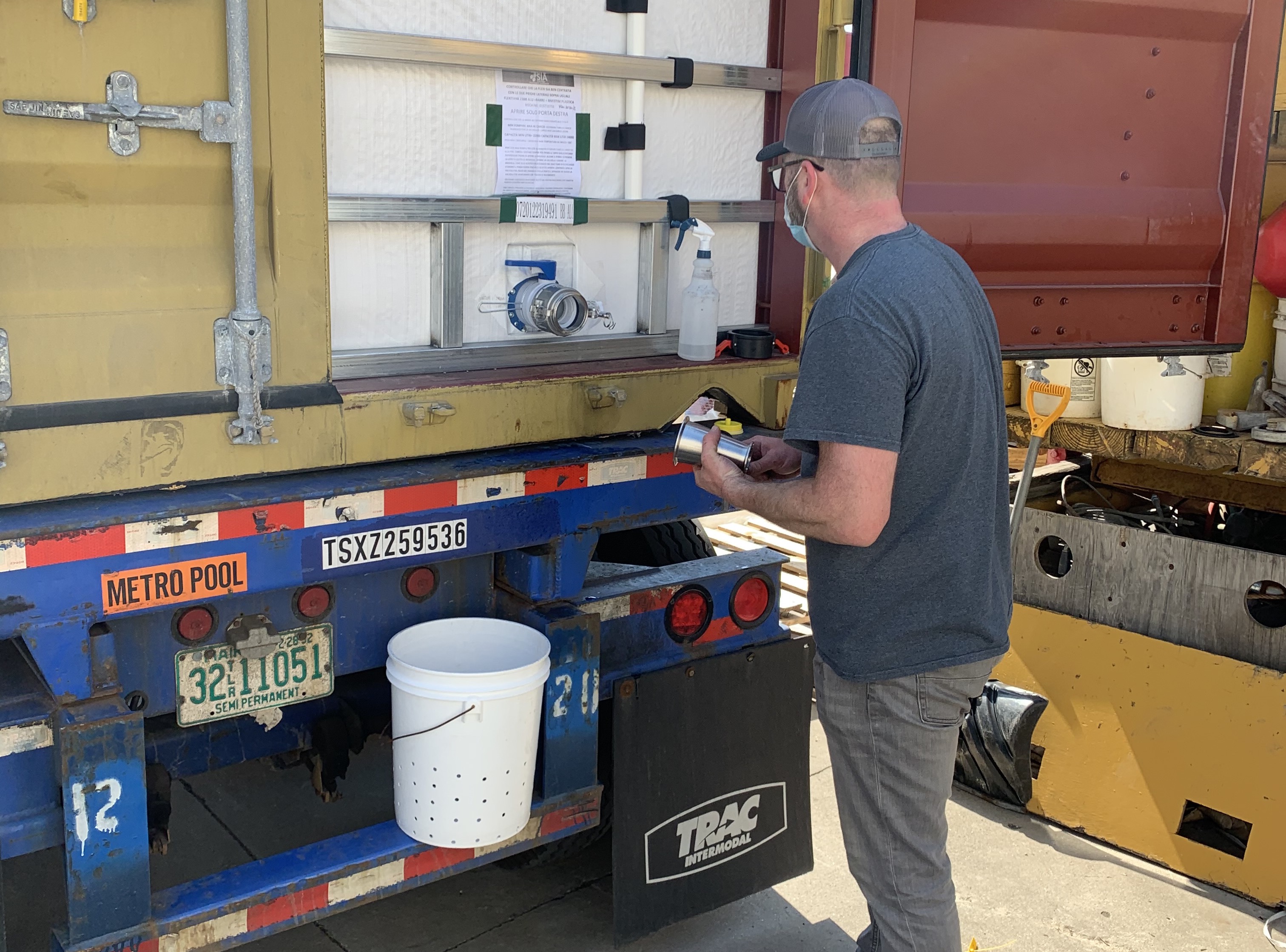 Given the logistics required with washing and refilling the bottles, both ventures are working closely with partners across the wine supply chain to bring their reuse models to market.

Gotham Project, a vertically integrated operation that handles both wine-making and the logistics of bottling and distribution, is offering five wines in reusable bottles. It represents roughly 40 from around the world, including many that are farmed organically, sustainably or biodynamically. “Most of the wines that we are bringing to the market are exclusive to us,” Schneider said.

Good Goods, which doesn’t have Gotham Project’s legacy of relationships in the wine industry, is teaming up closely with winemaker Wild Arc Farm for its initial foray. The small operation, based in Pinebush, N.Y., places a focus on what owner Todd Cavallo describes as lower intervention wines, including chardonnay and a cabernet franc rose. Cavallo is known for his commercial success in the U.S. with piquette, a lower-alcohol wine made by pressing the “waste” grape pomace. The operation produces about 20,000 bottles annually.

Cavallo approached Good Goods after reading about its wine reuse model online; Wild Arc has also been experimenting with distributing wines in cans. Under the relationship, Good Goods has basically become another bottle supplier — Wild Arc has to pay a premium of about 10-5 percent for the refillable editions, which Cavallo’s operation has translated into a roughly $1 increase in the bottle’s price. Also part of the collaboration is Jenny & Francois Selections, Wild Arc’s distribution partner. “Whatever we can do in our supply chain to mitigate our climate impact, we’re going to do,” Cavallo told me. 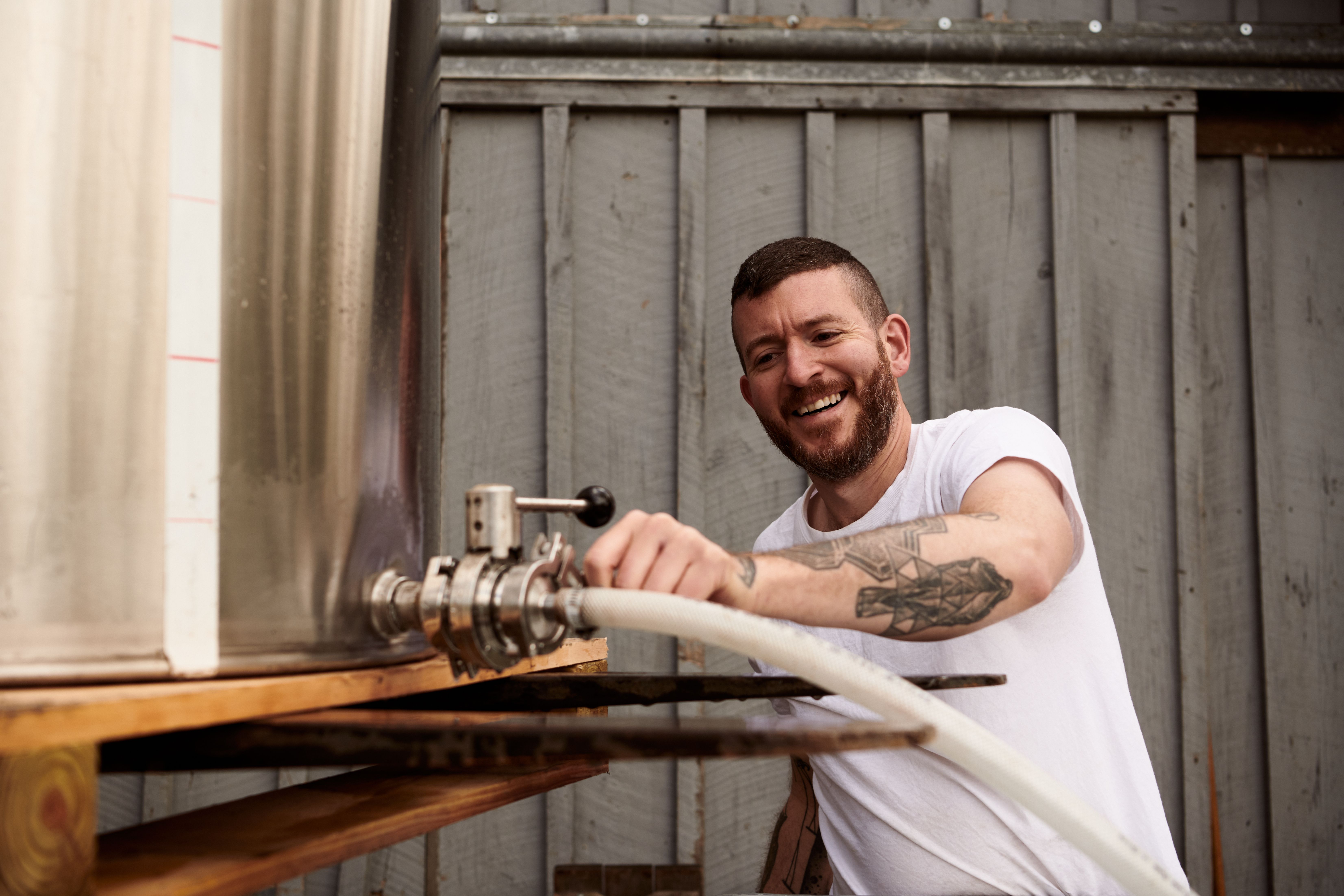 At the retail level, the models espoused by Good Goods and Gotham Project both rely on digital technology that can be integrated into a retailer’s point of sale systems and customer databases to keep tabs on the sorts of wines purchased, return rates and consumer preferences. These applications could be used to predict the resources needed for cleaning, refilling and recorking during specific seasons. They also provide a valuable source of data for retailers and wine producers that don’t typically have access to much direct consumer information. “We are allowing producers to have a direct-to-consumer level type of engagement,” Lawless said.

Customers can access information about their account by scanning a QR code on labels that are placed on the refillable bottles. When a bottle is returned, a credit can be applied to the customers’ account. Gotham Project, for example, offers $2 after the return of eight bottles. That money can be applied to a future purchase; alternatively, the company will make a $2 donation to the National Parks Foundation on the customer’s behalf.

Conor McKee, owner and buyer for Fiasco! Wines and Spirits in Brooklyn, New York, a new operation that opted into the Good Goods program from the beginning, plans to offer reusable bottles as part of its other sustainability initiatives such as using compostable cups for tasting.

McKee anticipates that the refillable bottles will help create dialogues with customers. When I spoke with him in early July, Fiasco! wasn’t yet using the refillable bottles offered by Good Goods and Wild Arc. However, the store is offering a wine bottle return program for certain labels in preparation, and it is working with Good Goods to collect and return those bottles in order to get customers into the habit of thinking about where bottles wind up.

“It’s a natural segue into a conversation, and so far, the people who have signed up for these bottles are bringing them back,” McKee said.

WASHINGTON (BLOOMBERG, AFP) - Facebook is facing renewed fury from Washington after reports suggested the company knew, but did not disclose, that its … END_OF_DOCUMENT_TOKEN_TO_BE_REPLACED