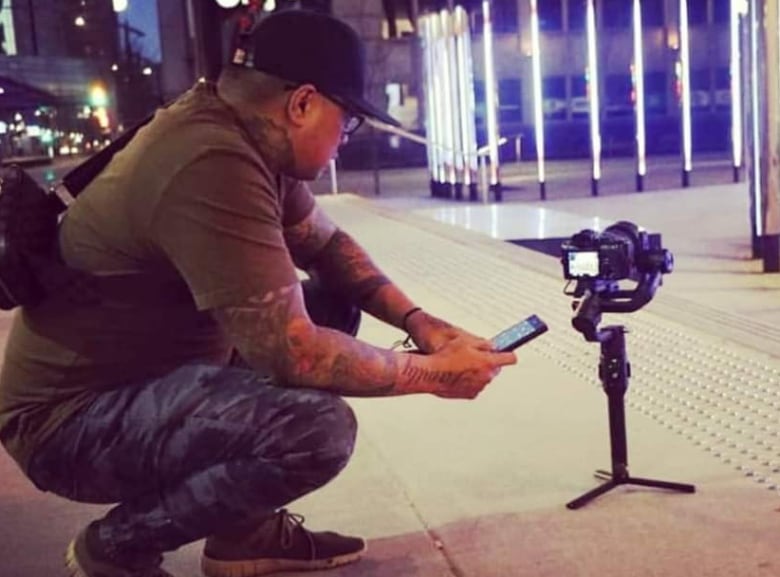 Layoffs, wage subsidies and high unemployment rates dominated Alberta’s economic news during the pandemic. But as restrictions lift, one local business training school is celebrating another theme of the crisis: resilience.

The non-profit Momentum Calgary saw interest hold steady throughout the waves of COVID-19 infection. The school just off Memorial Drive in Radisson Heights has been offering business training for people with small budgets for 25 years. It welcomed 112 students in 2020 and graduated another cohort last month.

It offers micro loans up to $10,000 and teaches people to test the market early, helping them work through each business challenge before launching in a big way.

“That idea is not brand new. But it’s become even more relevant with COVID when you think of how challenging it is to operate in this business environment,” said Jeff Loomis, executive director at Momentum. “We have a lot of businesses that have gone to farmers’ markets and pop-up markets, plus online.… It’s that whole spirit of you have to try things and adjust, and I think COVID just highlighted that.”

CBC caught up with three Momentum graduates who started businesses just prior to or during the pandemic for a look back.

Calgarian Michael Carr created this wooden place marker with his chainsaw. He turned his love for art into a business after getting laid off from a job managing a group home. (Submitted by Michael Carr)

Michael Carr had a solid career as a manager in a group home for adults with brain injuries. But when he was laid off, he realized he didn’t have the formal education to get another job in the field.

It was a tough time. He struggled to pay the bills until one day a friend approached him with a request: create a chainsaw sculpture out of a tree.

Carr had been painting and sculpting as a hobby, so that first sculpture led to more requests. Slowly, Carr realized he could have something. But it still wasn’t a business.

“I didn’t know what I was doing. I didn’t seem to be making any money. The money was coming in, but I had no clue what was going on,” he said. “I was scattered all over the place.”

That’s when he took time off to train and test a business plan.

Carr said the biggest lesson he’s learned is to be versatile. Once he started, he kept saying yes to new opportunities: painting shipping container murals, sculpting for horror festivals and mall parade floats, even repurposing some of his shipping container sandblasting equipment to do specialized disinfecting during the first lockdown of the pandemic. It was the only way to keep working.

Now, three years after founding Carrver Creations, he’s making $10,000 a year more than he had been at the group home.

“Sit down, find out what you think you’re worth inside. Not value-wise or money-wise, but everybody’s got a skill set.… Open your mind up to the other possibilities. Make sure you’re not pigeonholed, because if I just did carving right now, I’d lose out on all the sea cans (shipping containers). If I just did see sea cans, I’d lose out on all the film work. When an opportunity comes up and someone asks if you can do something, before you say no, sit down and find out exactly what they’re asking.”

Roderick Medina made a business out of video and graphic design. He plans to pay off the last installment of his micro loan for equipment this month. (Brandon Peniuk)

Roderick Medina attributes his success to finally being surrounded by people who see him as more than a gangster.

He has a difficult past to overcome, including three stints in jail, one for aggravated assault, and a long history with Asian gangs. But in 2012, he decided to join a church and it opened a new world. The inspiration and social connections he found there first landed him a temporary job doing video for a real estate agent, then connected him with Momentum.

As the pandemic started, Medina launched his own business, Dzyne Culture, and plans to pay Momentum the last instalment on his $8,000 micro loan for equipment this month. His work doing video for residential real estate took off in the past year, and he’s added other graphic design as well.

At age 49, he’s learning new techniques in drone photography and video editing by participating in Facebook communities full of enthusiasts.

“Honestly, just not to give up. Believe in yourself, and if there’s support from the community, take full advantage of it and trust in the process. All my life, I had issues trusting.… Just believe in yourself and know you’re worth it.” 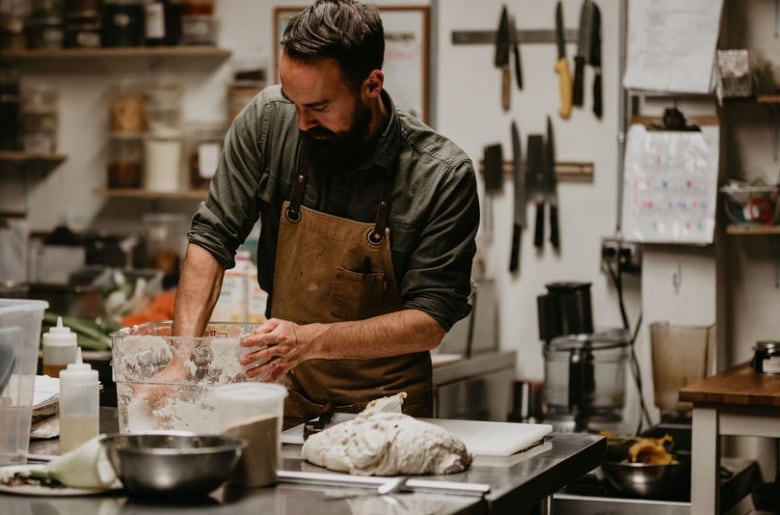 Alex Hamilton is a chef who says he now realizes you can be the best, most passionate chef in the world. But if you don’t know business, you’ll always be broke.

Hamilton co-founded Haunte Cuisine near the start of the pandemic. It’s a ghost kitchen, which means it takes advantage of underused commercial kitchen space. At first, it was just a fun idea with a great logo providing restaurant-quality meal kits during COVID.

But it lacked focus; as it grew, it became unwieldy and confusing. That’s when he stopped to train and reconsider.

“I have an attention problem. I have ADHD pretty bad. So this was a perfect way to get my thoughts and assumptions in order and then be able to test them,” he said.

Training involved a lot of sticky notes on his business canvas, or large-scale planning document, as he methodically sought to understand each complex relationship with customers and suppliers. Now, he’s nearly ready to relaunch, and because he and his business partner paused, they still have savings in the bank to do it.

“Try not to build the airplane while you’re flying it. The biggest thing Momentum has shown me is they brought me through the process of building a business canvas. It’s such a good process. What are we doing? How are we going to do it? What benefit are we giving (customers)? … To get that done first will just save so much heartache.”

WASHINGTON (BLOOMBERG, AFP) - Facebook is facing renewed fury from Washington after reports suggested the company knew, but did not disclose, that its … END_OF_DOCUMENT_TOKEN_TO_BE_REPLACED