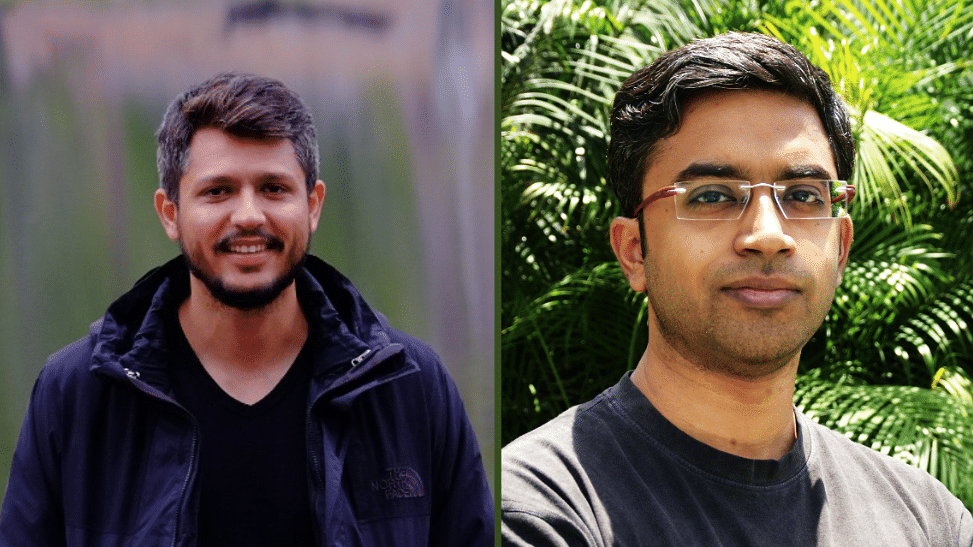 When eyewear unicorn Lenskart was looking to scale up its technology team and recruit over 100 team members across product, design, development, data science, quality engineering, and DevOps in April, the team knew it was an aggressive number to eye in three to six months.

Ramneek Khurana, Co-founder, Lenskart, realised that they had to use different means to incubate the Hyderabad office, and decided to partner with networking platform SupremeMinds.

The AI-driven professional networking platform allows users to network based on their goals to power real results. Two things make ﻿Suprememinds﻿ different from other networking platforms: it follows an export-driven model and is invite-only (and will continue to be so for the foreseeable future).

The startup, which has offices in Bengaluru and the Bay Area, was founded in 2020 September by Ankit Singh and Karn Mehta, both IIT and IIM graduates.

Ankit says the startup has consciously prioritised creating professional outcomes over vanity matrices like likes, shares, and comments, which only “lead to a quick dopamine rush but lack the ultimate ingredient for long-term success”.

“We believe that creating meaningful professional bonds and getting to know people personally is the only way to create a long-term successful career. We are walking the walk by creating a tech platform that makes it seamless,” he explains.

He says SupremeMinds already has over 7,500 users, and has helped more than 40 product managers and engineers get a job in the last three months.

Users share their goals (raising investment, finding a job, finding a co-founder, etc.) on the platform, and can schedule a meeting every week by selecting a time slot. The platform then uses AI to create a two-way scoring to create the best match possible and share a warm introduction of the matched users.

Ankit says the introduction is accompanied by a calendar invite where users can meet face to face with a simple click on the URL. ”We are pushing the envelope by allowing certain specific users to start monetising their expertise. Our ultimate goal is to democratise networks and help experts monetise their time in the process,” he says.

The invite-only nature of the platform ensures only the right kind of users are onboarded to “keep the interactions very useful”. Ankit says the team personally gets to know all their users and make it a point to talk to them.

“Our algorithm allows us to create better, faster, and more diverse meetings across geographies (US, India, and Singapore). Our key clients include a Paypal founding member, the first employee at X.com to work with Elon Musk, members of the Airbnb product team, Google India Director, founders of Bonobo AI, Zo Rooms/Zostel, WinZO, and DeHaat, and VCs from Blume, Prime Venture Partners, SAIF/Elevation, Chiratae, 3 on4 capital, etc. to name a few,” Ankit says.

Why another networking platform?

The idea of this platform came to Ankit from a personal need. Growing up in a middle-class family in India, he didn’t have access to resources and a large network that could give him easy guidance on making the right career and education choices.

“This was at least 15 years ago. In spite of the accessibility that the internet has provided since then, there isn’t much change in terms of how young people make decisions in India. Their choices reflect uninformed decisions taken with the help of their parents or relatives, who might not have kept up with the changing times,” he says.

This became further apparent while he was testing a concept for his first startup in the Bay area at UC Berkley. Young students there had access to Nobel laureates and experts – something young people in India could only dream of.

“The result was students in these universities were starting with a mindset and experience that put them at an advantage as compared to a person of similar age in India. The aha moment was triggered by an experience while sitting at Café Strada on the UC campus. Every week a Jewish Rabbi would visit the campus and meet every Jewish student. Apart from getting to know them personally, he would extend his reach/network to these students,” Ankit says.

This led him to realise that finding an internship at an important hedge fund, working on an important political campaign, or reaching important investors was not an impossible task for young.

“I wondered how this could be done at scale to benefit the youngest population in the world. Why should India and young Indians start the global race at a disadvantage? Why is no one doing anything about it and why should we as a nation always play catch-up?”

The team and background

The 33-year old founder is an IIM Calcutta alumnus with an engineering background. He has worked as Head of Strategy for the affordable housing segment with India’s largest real estate player. Here, he helped create the framework to help it grow from a business with a revenue of $50 million to $250 million in three years.

Later, Ankit worked with the same firm as head of strategy for North America. Based out of the Bay Area, he worked on the Go-to-market (GTM) strategy and implementation in the US and Canada. “I started my first company to solve loneliness in GenZ in the US and a lot of learnings while testing the idea led to the present day SupremeMinds,” Ankit says.

Karn, 34, has a background in sales and strategy in sectors ranging from FMCG, tech, and real estate. He was one of the initial people to work on the ecommerce piece at ITC where he helped create important partnerships with Amazon, Big Basket, Snapdeal, etc. The IIM Indore alumnus plays an important role in growth and partnerships at SupremeMinds.

Market and the future

SupremeMinds is currently in pre-revenue and plans to charge users in India up to $10 and users outside India $20 per month once the team launches a subscription model. Ankit says they estimate their CAC will go up to $4-$5 on an aggregate so they can work with “at least a 50 percent margin”.

According to the Business Research Company, the global social media market is a whopping $94.83 billion and is set to reach $102.62 billion this year with a CAGR of 8.2 percent. Apart from biggies like Facebook, Twitter, and LinkedIn, startups like Coffeemug and Lunch Club are in the networking space.

But Ankit explains their biggest differentiator: the quality of experts and people on the platform. SupremeMinds is currently bootstrapped, with the founders pumping in their personal wealth of $150,000.

“Our future plans are to make every expert accessible to every young person in India. We want a person sitting in a remote town to be able to talk to a subject matter expert and make informed decisions. We want to level the global competitive field by including those who are marginalised because of biases, including school, university, city, gender, etc., that exist today,” Ankit says.

Dive Brief: McDonald's CEO Chris Kempczinski said at the CNBC Evolve Global Summit Wednesday "there's no doubt that $7.25 in this day and age is not … END_OF_DOCUMENT_TOKEN_TO_BE_REPLACED